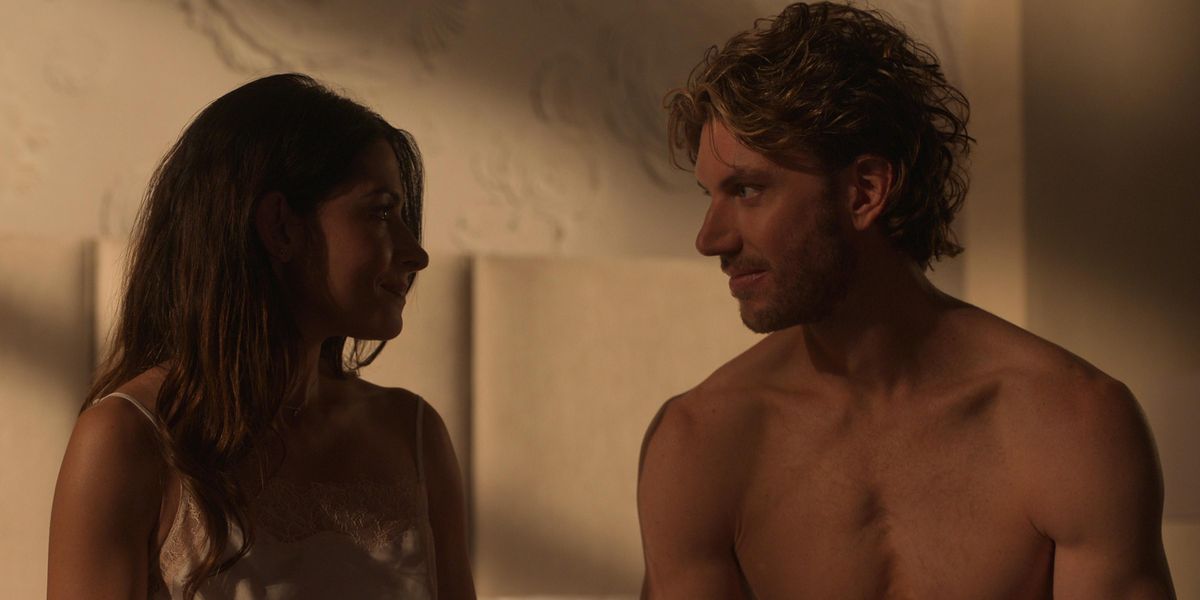 It's been a big summer for penises of the prosthetic variety. First there was Sex Life's Adam Demos, who went full frontal for a shower scene on the hit series. Many wondered: Was that real? "That's not a body double," showrunner Stacy Rukeyser revealed. "I mean, people usually ask is it real or is it a prosthetic? I can tell you what Adam Demos says about it which is, a gentleman never tells. So, we are leaving that up to the viewer's imagination." Her mum's the word stance was thwarted by a member of the show's prosthetics team, who confirmed that the peen is, indeed, a fake.

Then there was The White Lotus's Steve Zahn whose character, thinking he might have testicular cancer, gives his wife (and viewers) a glimpse of his penis. Only it's not his penis. "I didn't even have to do that part," he told the Hollywood Reporter. "It's somebody else wearing a prosthetic. That's about as absurd as it gets, right?"

Hollywood's had a long preoccupation with prosthetic genitalia, perhaps most famously deployed in Paul Thomas Anderson's Boogie Nights. Though Dirk Digler's penis is mentioned ad nauseum throughout the film as being a whopping 13-incher, when the penis is finally revealed at the end of the film, a seven-inch prosthetic is used. (The team also created a special bulge for actor Mark Wahlberg's pants that was made out of a stocking stuffed with birdseed, according to costume designer Mark Bridges.)

Related | Brittany O'Grady Has Thoughts on That 'White Lotus' Finale

Josh Hutcherson used a prosthetic for Hulu's Future Man. Chris Hemsworth wore one in Vacation. John Cena deployed one for Trainwreck. We've seen them on The Deuce and in Euphoria. The list goes on and on. We've even seen digitized versions like in Nymphomaniac: Vols. I and II, where director Lars von Trier digitally replaced the actors's penises with body doubles.

As Peter Lehman, Emeritus Professor, Film and Media Studies in English, Arizona State University wrote: "The use of prosthetics comes at the expense of the most mature thing filmmakers could do: show diverse, real penises in a manner that holds no special meaning for the character or plot. While Spartacus would lead you to believe otherwise, all gladiators did not have big penises. Nor did their penis size and shape have anything to do with their strength, power, masculinity or sexuality."

There are, of course, outliers: those willing to show real male genitalia. Janicza Bravo's Zola, for instance, featured an array of non-prosthetic, very real penises. Bravo was keen on shifting the gaze away from women as is so often centered in scenes involving sex work in cinema. "I've seen so many images of women's breasts, buttocks, crotches — I don't need that," she explained. "I think the audience knows what women's bodies look like. We have a pretty solid catalog." She ended up going to a one of the largest nudist colonies in the country to source for penises. The result? A montage depicting a bevvy of manhood.

My plea is simple and my plea isn't asking for much: Just more cocks on screen. Thank you, Ben Affleck. Thank you, Chris Pine. Thank you, Richard Gere. Thank you, Diego Luna. The list of those who have done it is long. It's just, to be frank, not enough. Especially when held up against leading ladies, who are almost, it seems, expected to do nude scenes.

Related | Love in the Age of Sex Robots

I realize there are far more pressing issues in need of swift and steady handed action (I read the climate report, okay?), but we can walk while we chew gum here, I'm sure of it, and find a solution. Less prosthetics means less plastic, which means less waste. So really, at the end of the day, au naturale full frontal nudity is an environmental issue at its core. So let's do it for the planet, and issue a decree throughout Hollywood for more male full frontal nudity.