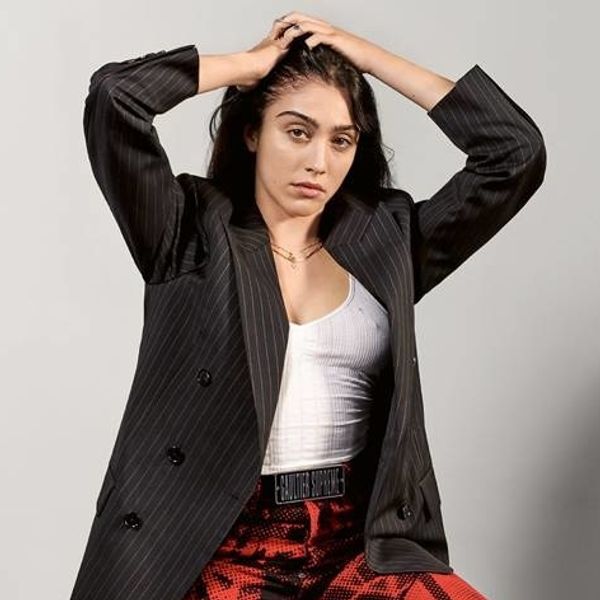 During a simpler, more glamorous time, a little-known pop star named Madonna famously commissioned Jean Paul Gaultier to make the costumes for her 1990 Blond Ambition tour. We got to see the designer's resplendent mix of high-end lingerie and Business Bitch styling chronicled in Truth or Dare. Sometime after that tour, circa Madonna's maternal-spiritual Ray of Light era, she gave birth to Lourdes Leon, and voila, the legacy of stardom endureth.

Leon is now lighting the trail her mother previously blazed, by fronting the newest collaboration of Gaultier's namesake brand. Streetwear brand Supreme has officially teamed with the iconoclastic design house, and will release a special collection next week, on April 11.

Gaultier told British Vogue that the collaboration is a continuation of the brand's allegiance to trendy athletic styles, noting his sporty Junior Gaultier line from the late-'80s. "It [sportswear] has been one of my codes and my obsessions... With Supreme, this inspiration will find its way to a new generation," Gaultier said.

Since Gaultier is revisiting the ready-to-wear archive that once inspired his Madonna's tour designs, it's only right that Leon be the face of a new generation's introduction to the beloved designer's iconic work, if they aren't already familiar. (The artist Sancheeto also stars in the ad campaign).

This collection heralds a competitively priced return to ready-to-wear for Gaultier as well, since his 360 pivot to couture back in 2014. Staples for the new Supreme collaboration reportedly include a timely revival of his famous "Fight Racism" tees and dramatic tailoring with exaggerated shoulders for women, and "men's gender-blending faux fur coats in blue and red check."

Get a piece of history made new when the Supreme x Jean Paul Gaultier collection hits Supreme stores worldwide and online at supremenewyork.com come April 11.