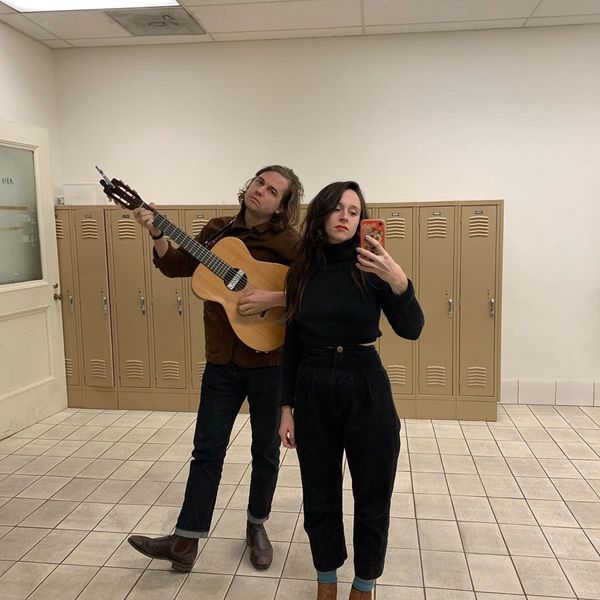 Livestream This: An Evening With Waxahatchee and Kevin Morby

Thanks to Ms. Rona, we're all trapped at home with nothing to do. Even Netflix is getting boring! But never fear. While they're technically out of work, our favorite entertainers are still out here bravely making virtual content in a scary new world. Going to the club or the theater is out of the question right now (self isolate! Ariana Grande says so) but here's PAPER's ongoing guide to the latest livestreams — featuring comedians, actors, musicians and more

Who: Folk-rocker Waxahatchee AKA Katie Crutchfield, like all her peers, has postponed the upcoming tour behind her forthcoming album Saint Cloud. She and her partner, fellow indie darling Kevin Morby (also home from a postponed tour behind his album OMG) will be going live on Thursday to play some tunes, take requests and questions for all of us stuck at home.

Related | Want to Help Indie Artists Out? Shop at Bandcamp

When: Tune in on Waxahatchee's or Morby's Instagram at 9 PM ET/6 PM PT.

Why watch: There's nothing better for languishing in melancholy and nostalgia than a bit of Waxahatchee, beloved for her rootsy, tender folk-rock and fuck-you-up lyrics. If you're already a fan, don't miss it: who knows when you'll be able to catch them on tour. And if you're not a fan, check out Waxahatchee's last few singles from her new album: "Fire," "Lilacs" and yesterday's "Cant Do Much."

"Like so many of you i'm at home waiting all of this out," Crutchfield wrote on Instagram. "Walking the line of optimism & pessimism, feeling grateful & feeling burned. pure emotional disorientation. as some of you know : our spring tour has been postponed. i've taken a very long time between tours & in my months of quiet preparation for saint cloud, i was on the track moving enthusiastically toward being lit up & ecstatic & social & READY to be with the people & be with the songs. never in my wildest anxiety-riddled dreams would i have ever predicted this & yet here we all are. i've been grieving what was supposed to be for the last week & running through all the downsides of having the plan be upended. interestingly i'm landing in some pretty light & spirited places. shit is so scary but i'm hoping that in our collective respite we can take good care, be creative, love each other, read some books, be productive, stay connected & know that eventually we'll all emerge having done what we could as a species to fight a shared obstacle."