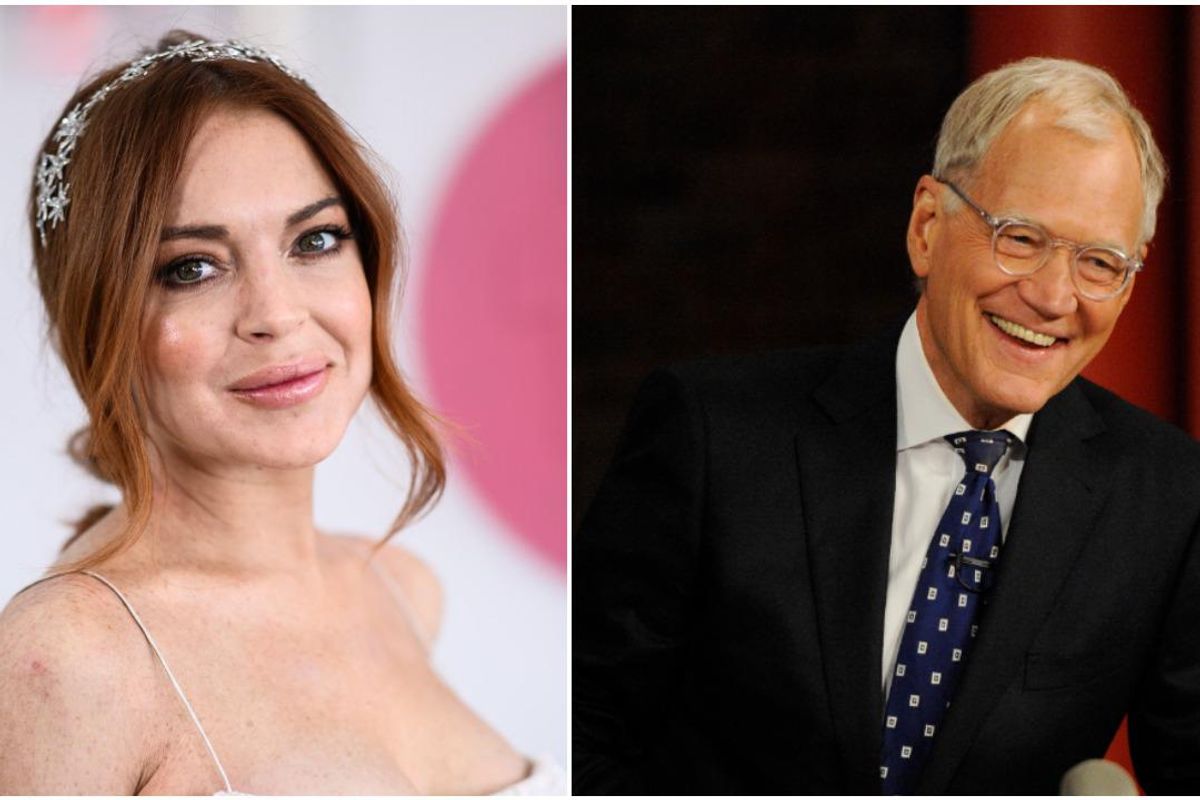 David Letterman is coming under fire thanks to a resurfaced clip from a 2013 interview with Lindsay Lohan.

After Framing Britney Spears highlighted the media's abhorrent treatment of young women in the spotlight, many realized that Spears wasn't the only one to suffer from vicious and misogynistic scrutiny in the press. And with this mind, an old clip of Letterman interviewing Lohan has now led to criticism of the former late night host's "misogyny" and perpetuation of the "stigma of addiction and rehab."

This past weekend, The Face's Trey Taylor shared a video in which Letterman continually badgered Lohan about her struggle with substance abuse.

"Aren't you supposed to be in rehab?," he asked. And though the actress — who was there to promote Scary Movie 5 — replied with the date she was checking in, Letterman continued to ask for details about her treatment, which Lohan said wasn't a topic discussed in the pre-interview before adding, "You can't make a joke of it, that's so mean."

This Lindsay Lohan interview on David Letterman in 2013 is horrifying to watch now. pic.twitter.com/lZxKVvbVB0

In response to the clip going viral, fans took Letterman to task for his "disgusting" treatment of Lohan, with one person noting that the interview was "vile on so many levels."

"The misogyny. The blindsiding. The stigma of addiction & rehab. The hypocrisy of wanting people to recover, but then judging how they choose do so," they continued. "I hope Lindsay Lohan knows how loved she is. The world has treated her and many others so unfairly."

This is vile on so many levels. The misogyny. The blindsiding. The stigma of addiction & rehab. The hypocrisy of wanting people to recover, but then judging how they choose do so. I hope Lindsay Lohan knows how loved she is. The world has treated her and many others so unfairly.

David letterman was so DISGUSTING to Lindsay Lohan here! And everyone laughing at her for going to rehab. Nuts to see an adult make fun of a drug addict trying to get help. So happy Culture Loves #AA now & rehab. Everythings changed. It was so bad then. pic.twitter.com/f3hAVcBS9p

However, others also took the opportunity to commend Lohan for staying "super strong" and standing her ground "in such an elegant way."

They added, "It's one thing for people you know to criticize the moments that test your strength, and to have to do that in front of an audience and millions at home? So much respect for her."

I think she was super strong and stood her ground in such an elegant way. It’s one thing for people you know to criticize the moments that test your strength, and to have to do that in front of an audience and millions at home?So much respect to her.

Letterman has yet to respond to the backlash. In the meantime though, you can see what else people are saying about the interview, below.

Thinking of a lot of famous women who went “downhill” & how a lot of it was probably because of the media scrutiny & misogyny. Women didn’t get a pass to make mistakes. This interview was just plain harassment. https://t.co/k4TAp74Cl9

This is what we do. We pile on folks based on our assumptions (prejudices). I knew Lindsay during this time and no matter what you have to say about her behavior, she was a lost human being trying to fix things she didn’t know how to fix. PS Letterman was always a miserable c*nt. https://t.co/XqX9hr1qNE

This breaks my fucking heart. What an evil evil man.

She handled that way better than I ever could - and you all know if she had walked off the stage everyone would’ve called her overdramatic and it would’ve been MORE tabloids.

Cruel and ignorant .Until people understand addiction is a disease there is no hope. my God.

Good for Lindsay, for not being quite and let David make fun of her. Never enjoyed people making fun of people struggling with substance abuse: including making fun of Ana Nicole Smith, and Courtney Love. We are so perfect to judge the others, right?