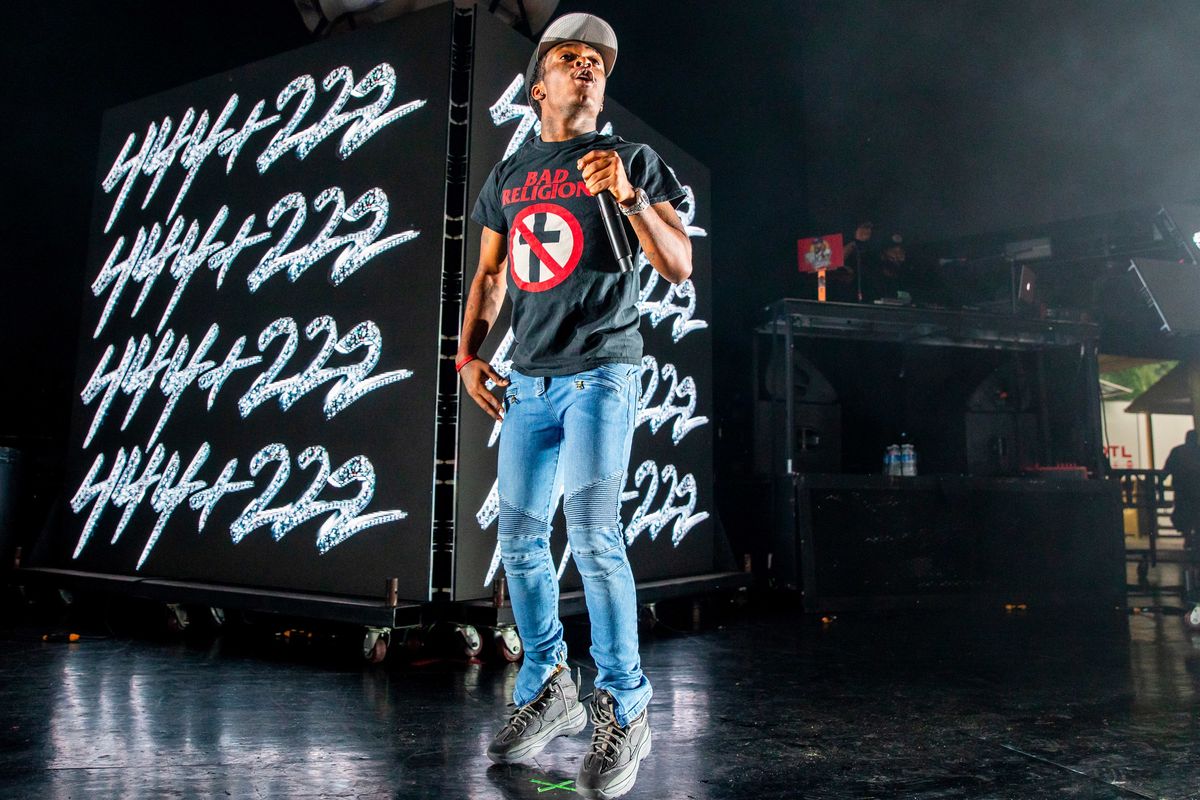 Every now and then we hear about those hyped-up concert-goers who think it's a good idea to launch unusual objects at the performer while their on stage—and up until last weekend, we thought we'd seen it all. We've watched upset fans throw the standard water bottle at Justin Bieber, girls stripping off their bras to toss at Adam Levine, and we've even seen teens fling tampons at Harry Styles (just, why?) But it was until Lil Uzi's performance in Connecticut that we have ever seen a Bible fly across the stage.

On Sunday night, one fan thought the rapper could use a spiritual awakening and flung a Bible at him while he performed his hit single, "XO Tour Llif3." Uzi was not hit or injured by the Holy Writ and actually entertained the situation by picking up the text, laughing after realizing what had just been tossed at him and flipping through the pages.

This incident comes just days after a fan hurled an iphone at Swae Lee's face while he was on stage in Texas. The reasoning behind why the unidentified fan decided to chuck her cellphone at the rapper has yet to be determined, but one thing we do know for sure is that it really upset the 23 year-old Rae Sremmurd member.

A shocked and bloodied Swae Lee stopped mid performance and addressed the situation, "I swear to god I'm going to sue your ass. You just busted my tooth bitch. Why are you throwing shit on the stage? You're throwing that shit like a baseball and I'm trying to put on a show for y'all," he yelled, while blood dripped from his mouth. The enraged rapper continued to confront the girl responsible, who stood front row, while his brother, Slim Jxmmi attempted to calm him down. After a quick cool down backstage he returned and finished his set, but was still heated about what he had experienced post performance and took to his social media channels to explain his frustration.

My lip is fucked up this dumb ass girl through her phone on stage like a baseball y’all gotta have more common sens… https://t.co/jRc8nYqnZ5
— Swae Lee Lee Swae (@Swae Lee Lee Swae)1535337531.0

Not to worry, the rapper is expected a full recovery and has reassured fans that his tour will continue, as long as no one throws anything else at him: "I won't be suing the fan, imma charge it to the game just be more careful. I'm here to perform not dodgeball," Swae Lee Tweeted.