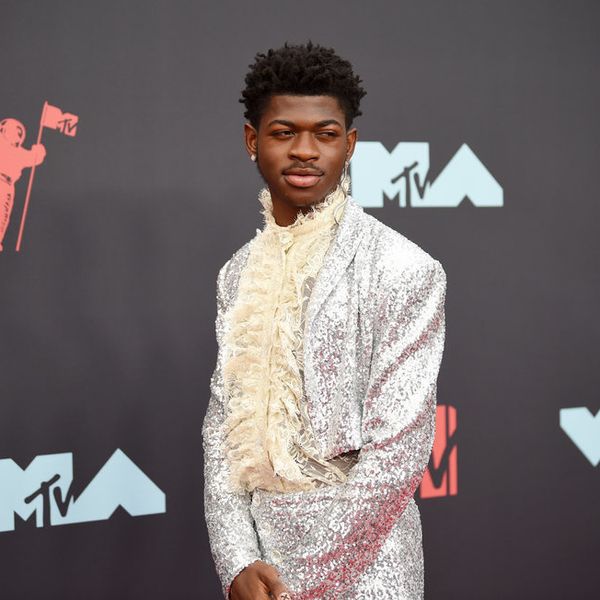 Lil Nas X Cosplays as Prince in Frills and Sequins

Lil Nas X left his cowboy boots — and unicorn floatie — at home for the 2019 MTV VMAs. Just kidding! He got them in glittery silver, to match his custom metallic Prince-worthy suit and ruffled lace blouse with oversized sleeves. Behold our little Prince of the internet, at what will surely be the first of many VMA appearance:

He paired the look with a fistful of rings and single dangly silver earring, which just challenged Harry Styles' pearl to fight. With these '70s vibes, the two stars would be matching on the carpet. We'd like to see it!

The chart-master is looking fittingly royal: he's up for eight awards tonight including Best New Artist, Video of the Year and Best Collaboration. Looking forward to his outfit change — we'll see him later on performing "Panini."

Lil Nas X is notably the first man to be dressed by Christian Cowan, who's previously created custom looks for the likes of Kim Petras and Carly Rae Jepsen.

CHRISTIAN COWAN on Instagram: “@lilnasx is the first man to be dressed by @christiancowan 🤠 Wearing custom for @vmas Styled by @hodovodo @alruz1”