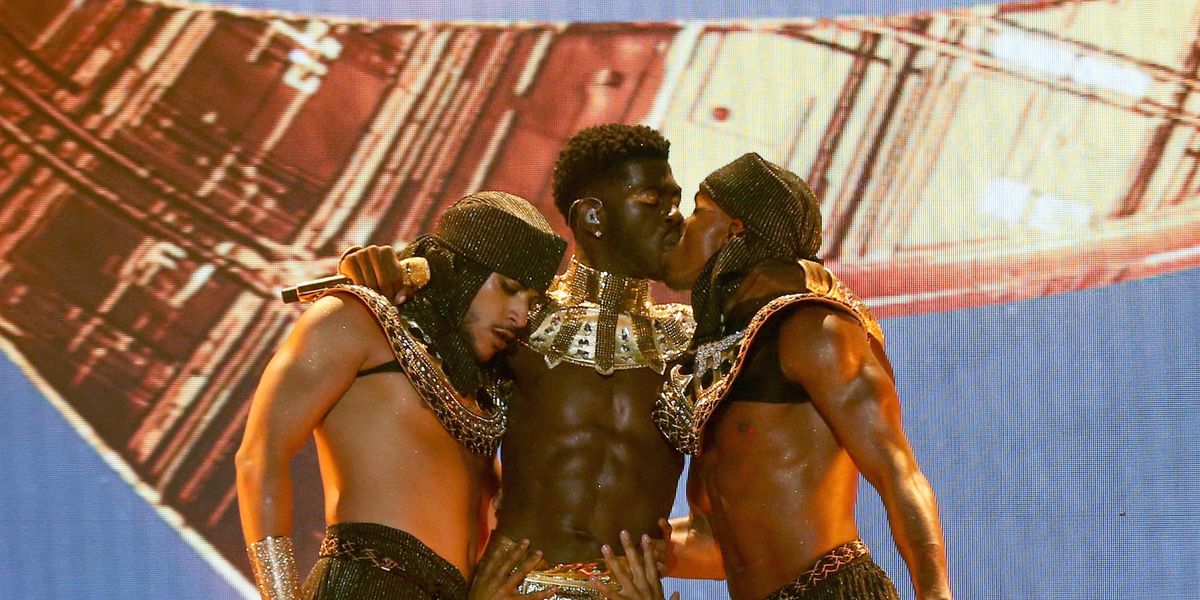 Lil Nas X Sealed the BET Awards With a Kiss

We simply don't deserve Lil Nas X. Two years after publicly coming out on Twitter, the musician has once again made our Pride month by kissing one of his male backup dancers at last night's BET Awards. And despite facing the usual trolls and backlash for simply being himself, out and proud, he isn't apologizing.

The moment came following a live rendition of Lil Nas X's track "Montero (Call Me By Your Name)," which came out earlier this year with an iconically gay music video. He sealed the ancient-Egypt themed performance, which paid tribute to Michael Jackson's "Remember the Time," with the kiss that set Twitter ablaze. (The live audience were also obsessed... especially Mj Rodriguez, who gave a standing ovation.)

Diddy was a fan, too:

Naturally, there were some internet haters and homophobes. And naturally, Twitter king Lil Nas X clapped back against them. As he rightfully points out, it honestly would have been weird to perform "Montero" without a bit of queer content. It's literally a song about gay sex:

The artist also had some choice words for any LGBTQ fans who think he's pushing the envelope too far:

The kiss wasn't Lil Nas X's only scene-stealing moment at the BET Awards. He graced the red carpet in an exquisite gown by Andrea Grossi, changing afterward into a similarly stunning embroidered floral suit by Richard Quinn, complete with flared trousers. Frankly, the ancient Egyptian look (featuring gold loincloth) was also one for the fashion books.

He gives and he gives. We are forever grateful. Happy Pride!