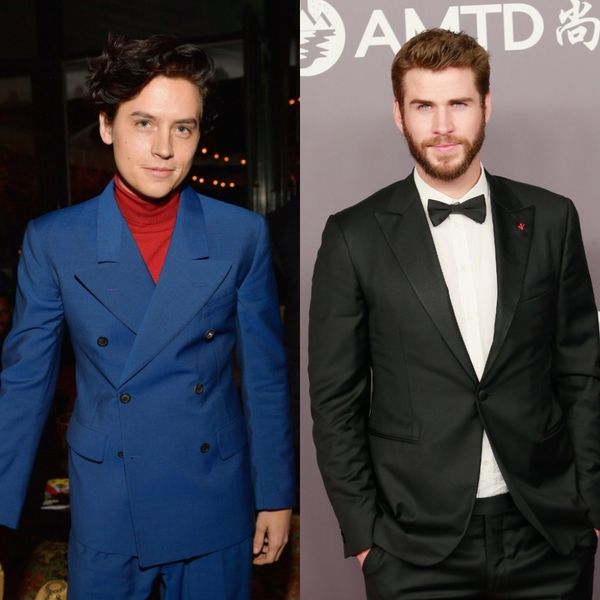 Lili Reinhart and Miley Cyrus would like to confirm what you always suspected to be true: that their hot famous boyfriends (Cole Sprouse, Liam Hemsworth) are good at sex.

Yesterday both stars commented on a meme posted by Instagram's @Sourpsycho, which provided a depressing checklist of dream boyfriend traits: tallness, empathy, fidelity, common sense, and, uh, "good dick game." The checklist declared that "no man has all five," but both Lili and Miley begged to differ.

"Mine does!" Cyrus commented, adding a reassuring "Don't give up!" Then Reinhart added that she'd "found one!"

Various news outlets are reporting that Miley and Lili's comments imply their hot famous boyfriends have large dicks, but the wording of the original post doesn't necessarily confirm anything size-related. There's a subtle but crucial difference between a good dick and a big one, right?

Whether the dicks in question are big or small, both women have implied in the past that they enjoy having sex with their partners. Good for them! Reinhart once tweeted that she lets Sprouse "touch her everywhere," and they like to eat Chinese food afterward. Cyrus recently told Howard Stern that she used sexual favors to show her appreciation when Hemsworth rescued the couple's pets from their burning home.