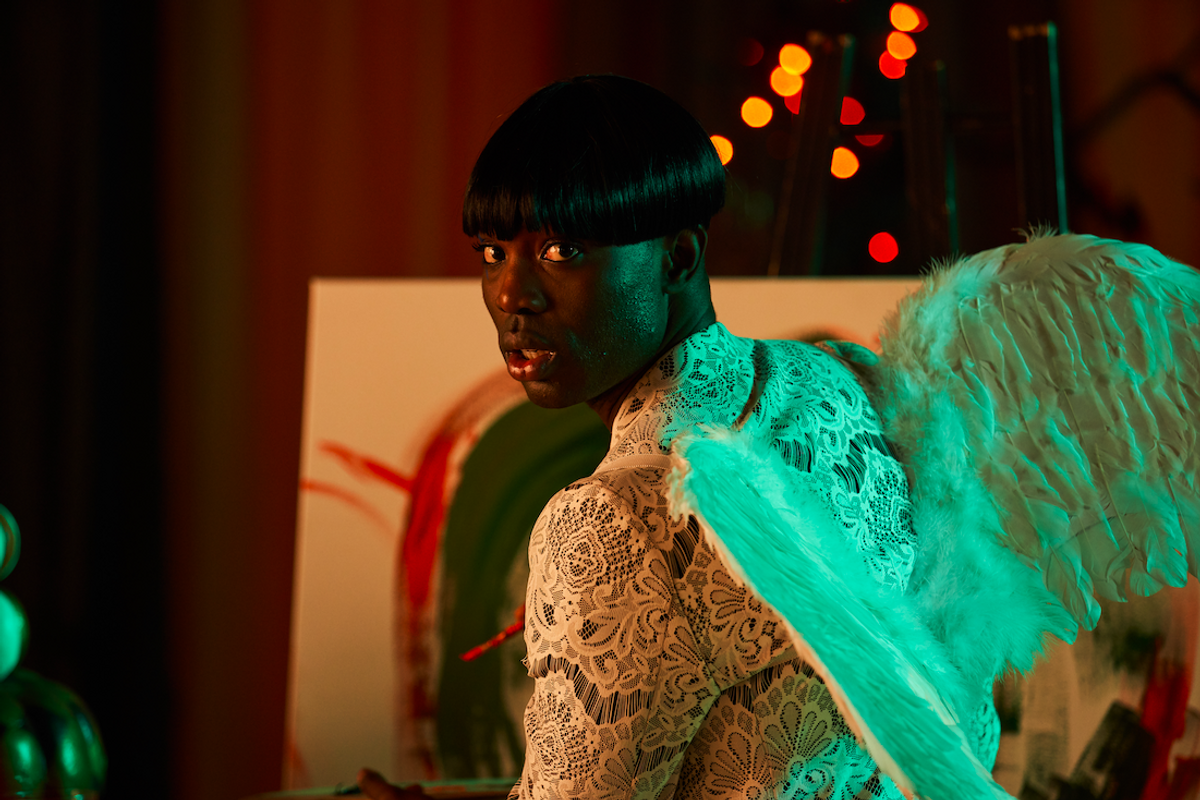 We Need to Talk About LGBTQIA2S+ Sexual Assault Survivors

As countless anecdotes shared through viral hashtags like #MeToo and #WhyIDidntReport have proven, sexual violence can happen to anyone. And while we're slowly getting more diverse depictions that reflect the unfortunate ubiquity of sexual assault, the vast majority of stories told by the media are still focused on straight, cis people — something that contributes to an added layer of silencing when it comes to LGBTQIA2S+ experiences, as depicted by HBO's I May Destroy You.

In the series, writer and executive producer Michaela Coel plays Arabella, a woman who is trying to piece together what happened on the night she was drugged and raped. However, as she continues to grapple with her assault, her best friend Kwame (Paapa Essiedu) is raped by a hook-up. But after finally deciding to report what happened to the authorities, a blatant lack of support and understanding on the part of the authorities leads Kwame to leave without filing his report. A stark difference from Arabella's overall experience with the police, Kwame's story highlights how our institutions continually fail LGBTQIA2S+ survivors thanks to pervasive misconceptions surrounding queer sexual violence, and that needs to change.

According to the National Sexual Violence Resource Center, many LGBTQIA2S+ people face disproportionate rates of sexual violence, abuse and harassment. Additionally, as a community challenging archaic societal norms surrounding sexuality and gender, several studies compiled by the paper have also inference that sexual violence "can be a dimension of hate or bias-motivated crimes." But even so, it can often be difficult to get people to speak out in the first place thanks to several compounding factors, including pre-existing oppression and how sexual violence perpetrated against LGBTQIA2S+ people is severely underreported.

"[Sexual violence] is just something that's not talked about overall," as K Richardson, the coordinator of campus engagement and prevention for NYC Anti-Violence Project (AVP), explains. "But the truth of the matter is that we're assaulted the same way that all folks are assaulted — by people that we know, by people that we work with, by doctors and other service providers."

One of the few non-profits providing counseling, legal services, organizing help, and training sessions to help address violence against the queer and HIV-affected communities, the AVP has programs focused on sexual violence education, recovery and advocacy. However, a lack of research has made it difficult to compile accurate statistics about the pervasive nature of this problem. And it's this lack of visibility, as well as a lack of institutional understanding and support, that has made it less likely for members of the LGBTQIA2S+ community to report their experiences.

"If someone tries to get help and is not taken seriously, if their experience is minimized, or if they are asked to educate a care provider about LGBTQ+ topics while in crisis, that can add to the trauma they've experienced," Keeli Sorensen, vice president of victim services at RAINN, says. "It's crucial that LGBTQ+ survivors of sexual violence have access to support that is affirming of their identities and competently addresses their needs."

Additionally, worries surrounding the potential consequences of coming forward about an assault are big concerns for many LGBTQIA2S+ survivors. As Sorenson explains, while many survivors of sexual violence already experience a "loss of control" during an assault, having to contend with the possibility of being outed or having to face future discrimination further compounds this feeling and makes it far less likely to be reported.

"For LGBTQ+ survivors, being outed without their consent can further this trauma and is potentially dangerous," she adds. "For instance, a survivor may be at risk of further violence or discrimination if outed to someone who is not supportive of their identity."

"Queer and trans folks don't get the opportunity to rest a lot, especially if we're always battling against a white supremacist culture."

As Richardson points out, this is also usually coupled with a general misunderstanding of what exactly constitutes sexual violence other than rape, whether it be inappropriate touching, street harassment or pressuring someone to have sex — all of which can be "really traumatizing and triggering for someone who's never labeled what they experienced as sexual violence."

"There's a lot of ways the community thinks that sexual violence doesn't really happen. That it's not really a thing or that it's only a thing in the club scene, for lack of a better word. You see a lot of folks in social spaces — bars, nightlife, etc. — and think that those are all the only spaces where queer and trans folks were assaulted," Richardson continues, before adding that the one-dimensional aspect of these definitions of violence can lead to further hesitation to say anything.

"Maybe you thought of it as a discomfort or it's the price that you pay for being in specific situations," they say. "A lot of victim-blaming and a lot of victim-shaming goes on, and it can be really difficult for people to face what it is they have experienced."

Another issue they bring up is the fact that a sense of accountability when it comes to other forms of sexual violence aside from rape can often be missing. An equally important component of this conversation is talking about how members of the queer community can also perpetuate these things.

"I think a lot of the pressure comes from naming what straight people do to queer and trans people," Richardson says, using the example of how some transmasculine folks can "also perpetuate misogyny, sexism, transphobia too."

However, the fact that cycles of abuse and violence tend to repeat themselves means that accountability is key, and it's made doubly important given that revictimization is particularly pervasive in queer populations.

"People don't believe that queer people experienced the kind of violence, that they say that they experienced [what they experienced] without a doubt," they explain, circling back to the idea that survivors often aren't believed. But what this also leads to is further retraumatization, especially when coupled with the way society tends to frame sexual violence stories and continues to prop up abusers.

"It starts with people being conditioned to believe that queer people are dangerous, that we are immoral and like the worst kind of people to live exists on this planet," they say. "We've got to undo that, and then we got to have people believe that queer and trans people experienced the kind of violence that we're saying that we're experiencing."

Amid all this though, Richardson suggests that the best way to support queer survivors is by continuing to check in, showing your unconditional support, and helping to facilitate a space where they can finally just "stop, breathe and feel safe."

Watch I May Destroy You Mondays at 9 PM on HBO and stream it on HBO Max.