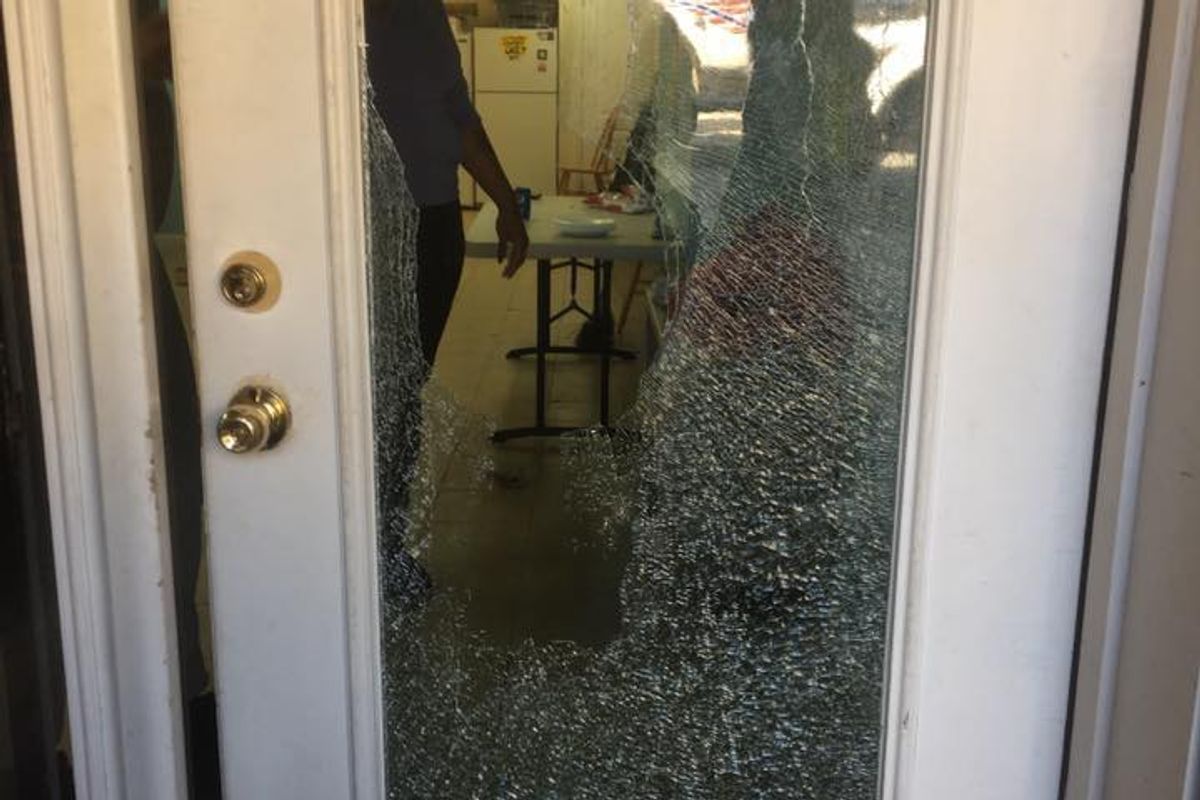 Casa Ruby LGBT Community Center in Washington D.C. reported vandalism and an attack on a staff member over the weekend, adding to the list of LGBT centers targeted over the past few weeks.

A post on the center's Facebook page said that a window was broken and a transgender staff member was assaulted.

"Our Casa Ruby LGBT Community Center was just vandalized and a staff assaulted by a transgender hater," the Facebook post reads. "The violence is real. Seven transgender women murdered, this is how it begins, and we refuse to be the next ones."


Ruby Corado, the executive director of Casa Ruby (and the center's namesake), took to Facebook Live twice on Sunday after the incident occurred, describing the attack and imploring viewers to come together in solidarity.

"To all of you watching, this is totally unacceptable," Corado said through tears. "We should never have to live thinking that someone is going to come into our spaces and just destroy it."

"This person comes here to hurt us, they're sending a message that our lives are not fucking worth it," she said. We need to come together and show the haters, these people, that our lives are more worth it than theirs because they stand for nothing. At least we have the dignity to live in our truth."

In a second Facebook Live broadcast, Corado added that the vandalism was "another example of hate" meant to "intimidate the LGBT community."

Casa Ruby is a bilingual, multicultural center that provides services ranging from hot meals and clothing to legal counsel and housing referrals. Corado said that this was the third time Casa Ruby has been vandalized in two weeks. Several other LGBT centers have been targeted nationwide in the past few weeks, including gunshots at a center in Tulsa, Oklahoma and shattered windows and doors at LGBT centers in New Jersey and Orlando, Florida.