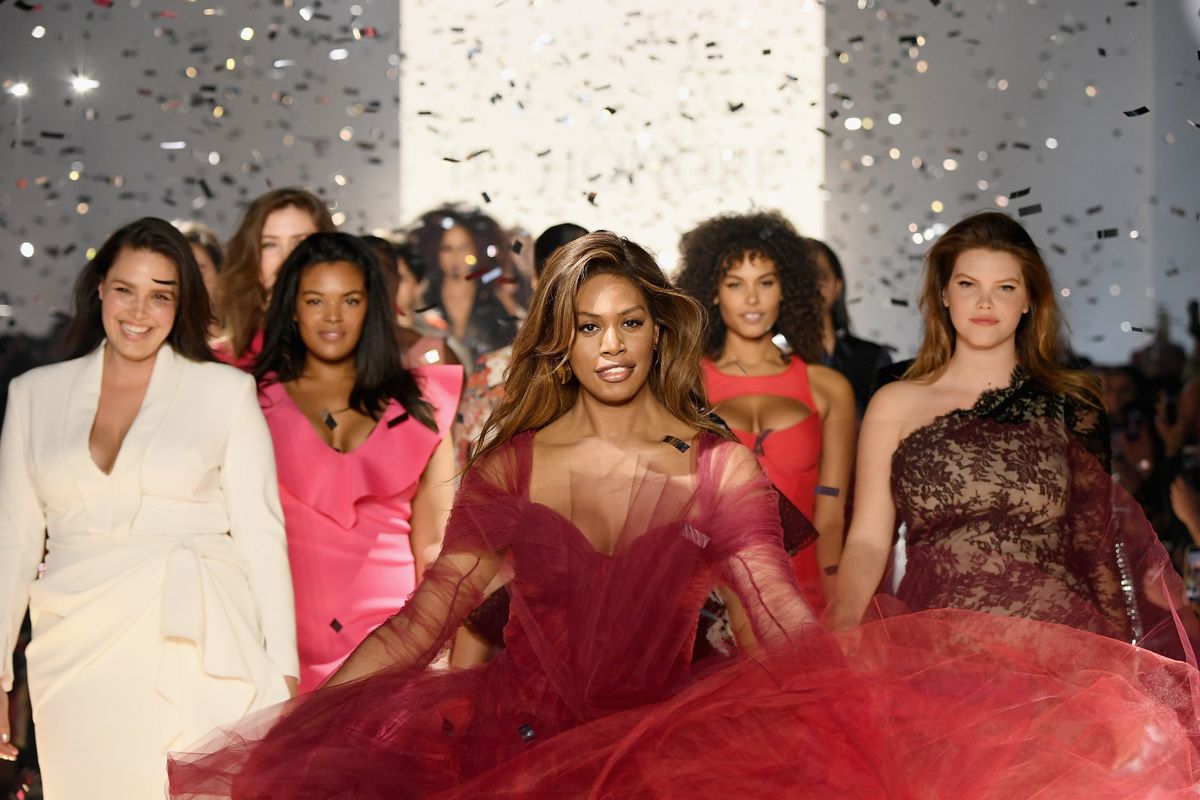 Even though New York Fashion Week has only just started, it already feels like the dawn of a brand new era. Earlier in the week, Pierre Davis became the first trans woman to show a collection on an official NYFW runway with NO SESSO, earning thunderous praise.

Last night the groundbreaking luxury e-commerce brand, 11 Honoré, had its debut runway show cast solely with plus-size models showing an array of designs sized 10 and up. Featuring a lineup of designers from Reem Acra to Marchesa, the moment was a triumphant one for an otherwise grossly underserved demographic of women in fashion.

This feat was then punctuated by the otherworldly twirlings of none other than actress, trans activist and spirit animal, Laverne Cox.

If you've ever seen any of the actresses' ongoing series of Instagram videos from the inside of her mirrored glam room, then you know Miss Cox has had plenty of practice leading up to this moment. Pumping out onto the runway to close the show in a lush Zac Posen gown, the actress brought the full fantasy soundtracked by Robyn's hypnotic song, "Honey."

In a moment stacked with as many layers of meaning as it had layers of tulle, the trailblazing actress set off what was a spirited piece of performance art for the crowd. In a dramatic strut down the runway, Laverne Cox twirled, swirled, hair-flipped and dipped down into a graceful bow before spinning right into another stratosphere of immense beauty and pride. Stepping out for a final walk with the rest of the models, it rained silver confetti on the runway and made for one of the week's early highlights.

The scale of this celebration was a fitting one, too. Not only did the show's closer live her fantasy and affirm the lives of trans women everywhere but the company's founder, Patrick Herning, made a bold statement for inclusivity and body positivity worth noting. While the multi-brand online retailer launched in the Fall of 2017, the NYFW show marks its first ever runway show and the first of its kind.

The Internet is living for the plus-sized energy Laverne Cox brought to the runway, and hoping it's just the first of more ceiling-breaking moments to come.