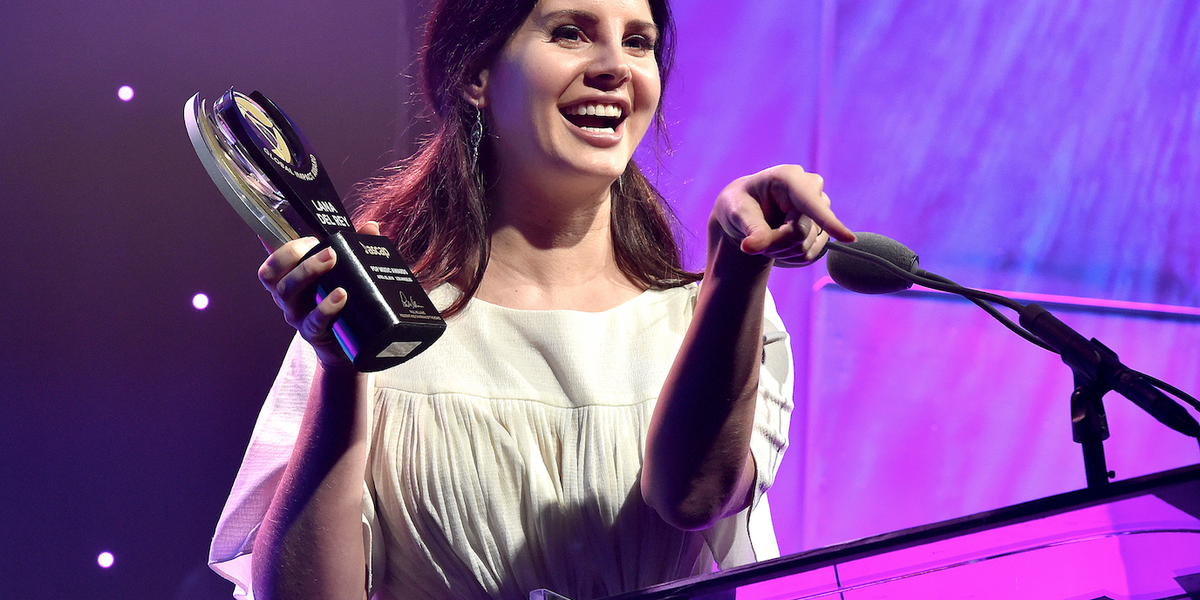 Lana Del Rey stans may disagree with me, but I'm of the opinion that vintage Lana is one of the polymorphous star's best versions of herself, especially musically.

Those of you who might want to contest that, please Google search "unreleased Lana Del Rey demos" and I dare you tell me that they hold up next to some of her best produced studio work. I'll wait!

Our Patron Saint of Summertime Sadness revealed that her cinematic music is yet again being paired with a new movie (previous credits include a cover of melancholy princess lullaby "Once Upon a Dream" for Maleficent; the Oscar-nominated "Young and Beautiful" for The Great Gatsby; two songs for Big Eyes, and so very much more), because it's not her first time at the rodeo, pun intended. This time, it's an Elvis Presley documentary, entitled The King. And so of course, Lana, who is nothing if not an American patriot (she's really so much more, trust), soundtracks this film with a spare, downtempo demo called "Elvis."

The singer posted a clip of footage from The King to her Instagram page over the weekend featuring the unedited-sounding track, and of course, it's amazing. The film is out now.

Lana Del Rey on Instagram: “My composition ‘Elvis’ for the new film called ‘The King’ out now directed by Eugene Jarecki”

Also, fittingly, the self-penned lyrics to the chorus are peak Lana, as they heavily feature her quintessentially nostalgic motifs pulled from the dusty archives of Americana 101:

Elvis, where are you when I need you most?
White comp sequin jumpsuit ghost
Pick me up and make a toast
Champagne in the air
Tipping back his head, relaxing
"Thank you very much" and I'm laughing
All my chantilly lace catching
Baby, on the chandelier

This is all just so damn appropriate, and only further proves true this oft-repeated old adage: "Everything in its right time, in its right place."