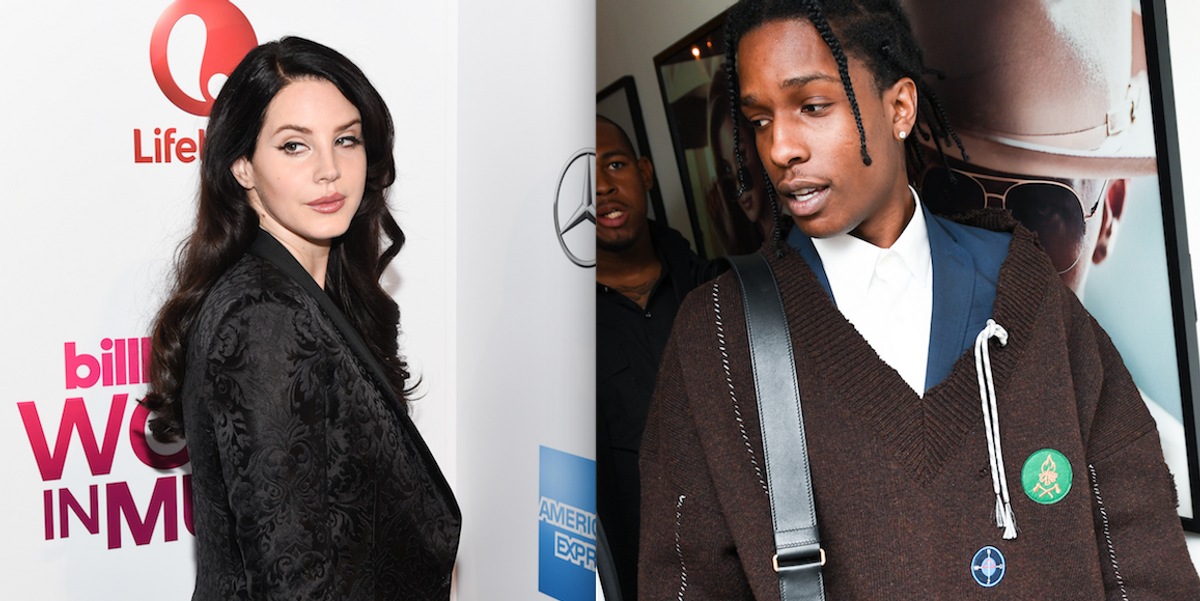 One of the tracks, "Summer Bummer," also features Playboi Carti.

Lana Del Rey is just a week away from releasing her next studio album Lust for Life and, of course, the entire world is waiting around with bated breath. Luckily, being the angel that she is, the artist formerly known as Lizzy Grant has just shared two new songs ahead of the album's release.

"Summer Bummer" is the most hip-hop indebted, featuring a trap beat fit courtesy of Boi-1da. The song explores themes of love, with A$AP Rocky admitting that he's "usually single," Playboi Carti providing his characteristic backing ad-libs, and Lana Del Rey singing a chorus that starts with the phrase, "hip-hop in the summer, don't be a bummer."

"Groupie Love," which follows "Summer Bummer" on the tracklist, is definitely more classic Lana—soft, cerebral, and full of pathos—and finds the singer bringing A$AP Rocky firmly into her world, as opposed to taking a dip into his. As the title suggests, the song compares falling in love with the experience of admiring a celebrity despite only being a fan.

Listen to both new tracks below.