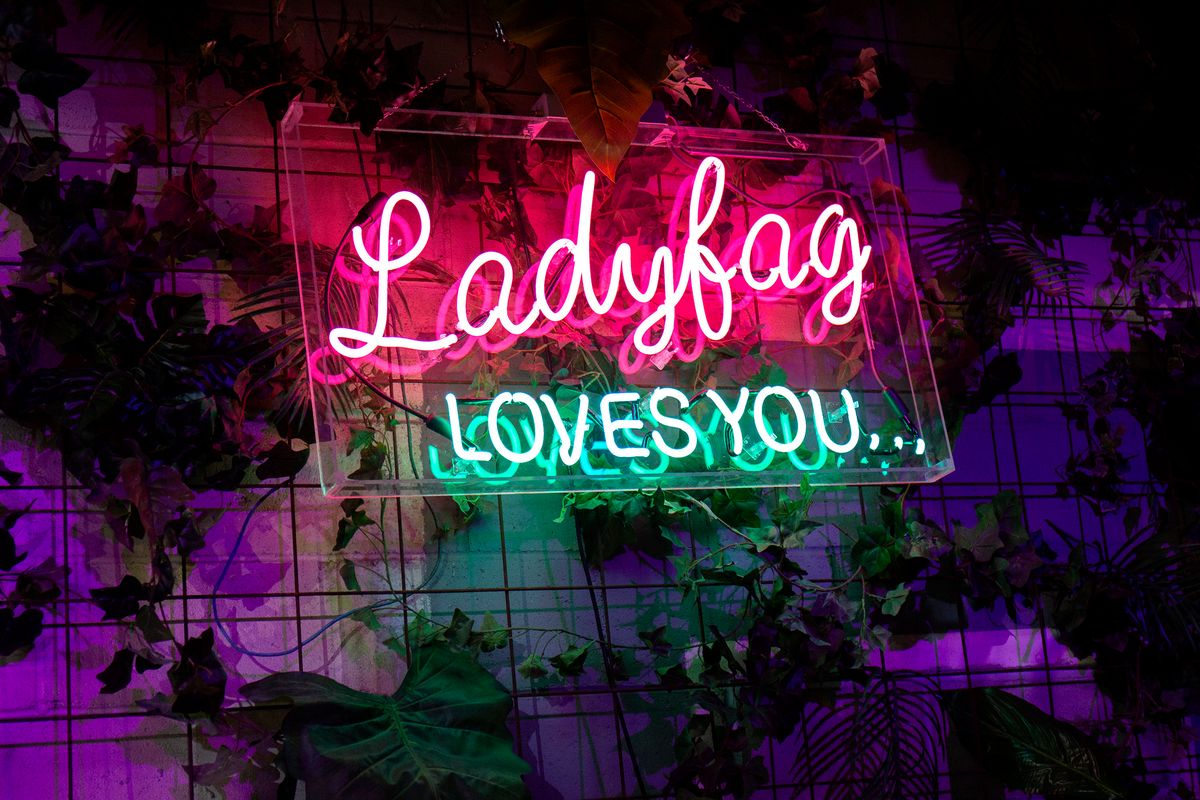 New York City dance party queen LadyFag announced back in May that she would be venturing into the festival realm with queer music festival, LadyLand — where Coachella meets queer nightlife. Last night, June 22nd, the first of the annual event came to full fruition with people partying at the Brooklyn Mirage from 5 pm to 4 am.

There was great music, there was neon-lighting, there was merch, there was a tattoo parlor set-up with artist Mars Hobrecker, and there were certainly lewks served, including "I Really Do Care, Do U?" jackets that riff on the FLOTUS' latest political fashion statement.

If there's anyone who knows how to throw a huge queer party, it's LadyFag. Browse through the photos, below.