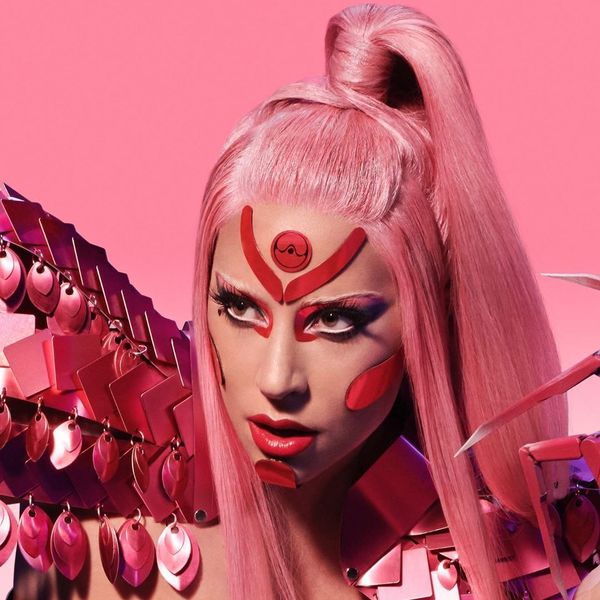 While we may have to wait until Friday to listen to "Stupid Love" — definitely for the first time, never heard it before — we've now been blessed with a glimpse of what Lady Gaga's new video creative direction might be.

Haus Labs dropped an exclusive photo on Instagram of the singer sporting a pink monochromatic look, along with the caption: "Entering a true Gaga era like..." The brand further revealed that Gaga's beauty is the resulting brainchild of Global Director of Artistry Sarah Tanno, with hair and nails created by Fredericas Piras and Miho Nails respectively.

A number of Haus Labs products were used to craft the pop-meets-punk look. Meaning, you can get gear up for Mother Monster's drop wearing her full glam. Tanno first started by lining the lips using the RIP Lip Liner in Slayer. That was then followed by swiping Le Monster Matte Lip Crayon in Rebel all over the lips. The final touch was ultra-stylized wings created using Liquid Eye-lie-ner in Punk. Less than 24 hours until the release. Are you ready?