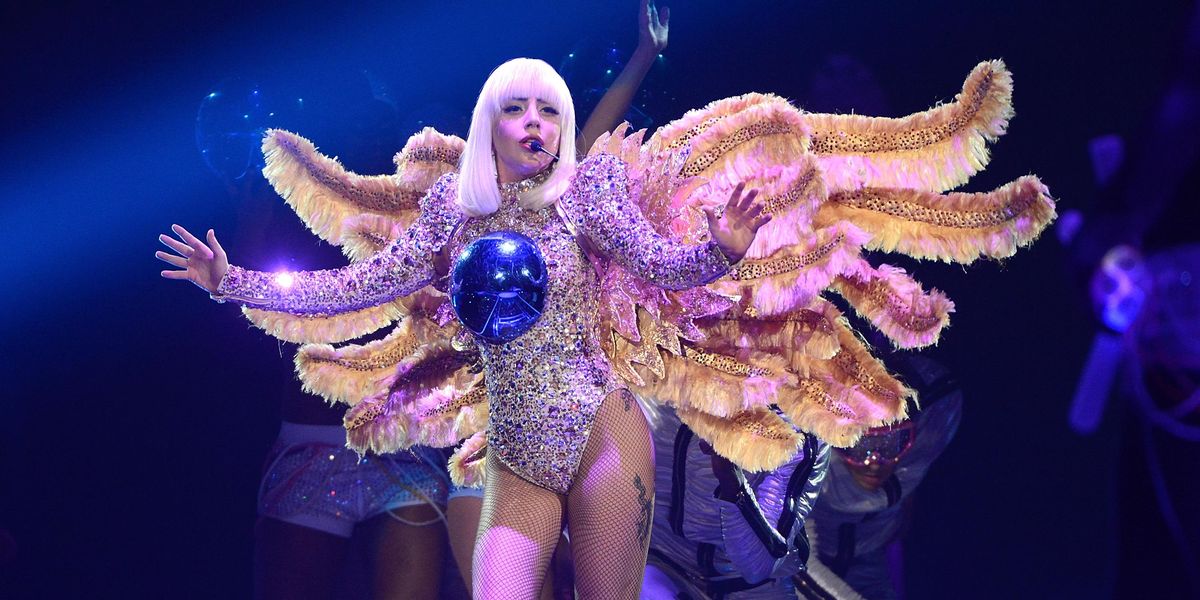 The Little Monsters are out in droves once again and this time they are petitioning for the release of ARTPOP's mythical "Act II" and causing the original album to rocket back up to the top of the charts and Lady Gaga, herself, to take notice.

What originally started out as an April Fool's Day joke by ARTPOP producer, DJ White Shadow, teasing the release of a B-side from the album, "Tea," has since snowballed into a fan-driven movement to get Gaga to release a long- rumored sequel project that she first off-handedly mentioned back in 2013. After a petition, which currently has over 40,000 signatures and counting, started to gain steam, DJ White Shadow put out a statement on his Instagram that talked about his own emotional journey and lingering trauma he had from working on the album, but also said that he would bring up the subject to Gaga after she had returned from filming Ridley Scott's House of Gucci in Italy.

In the time since, the hashtag #buyARTPOPoniTunes has gone viral and caused the album to re-enter the US charts and according to Gaga "has inspired such a tremendous warmth in my heart." The pop star responded to the recent surge in interest about the follow-up, recalling the experience as being "like heart surgery, I was desperate, in pain, and poured my heart into electronic music that slammed harder than any drug I could find."

Gaga goes on to say, "I fell apart after I released this album. Thank you for celebrating something that once felt like destruction. We always believed it was ahead of its time. Years later turns out, sometimes, artists know. And so do little monsters. Paws up 🙌❤️❤️❤️"

I fell apart after I released this album. Thank you for celebrating something that once felt like destruction. We… https://t.co/pLItKstMeF
— Lady Gaga (@Lady Gaga)1618293264.0

The singer's relationship with her 2013 record has always been a contentious one. While it did debut at the number one spot on the charts, the much hyped EDM-charged ARTPOP was met with decidedly less enthusiasm by critics and the public compared to the runaway success of Gaga's previous two albums. In 2019, Gaga seemed to disavow the record altogether, tweeting "i dont remember ARTPOP", which in turn inspired many passionate defenses of the much maligned album.

Gaga would later go on to clarify in her PAPER cover that the tweet was actually made in jest, "the internet is essentially a big joke, but if I tell one everyone freaks out. I don't regret my art, and I wouldn't suggest anyone do." She even went on to say that looking back on the album there were a lot of things on it that were "futuristic" and even "ahead of their time."

While it remains to be seen whether or not anything will come of this renewed interest in an ARTPOP Act II, Bloodpop did hint that a Chromatica remix album might be in the works. The album's executive producer recently stirred up interest in the idea, putting the question out to fans as to who they would like to see put their own spin on Chromatica's various tracks. Among those already in the running seem to be Rina Sawayama, who Bloodpop directly CC'd, and Charli XCX, who the producer confirmed had already sent the stems for "911" late last year. Other names that have been thrown out range from Doss to Lil Nas X to Grimes' suggestion of a Nicholas Cage freestyle. Formal plans have yet to be announced but if any of those happen to pan out, you certainly wouldn't find us complaining...