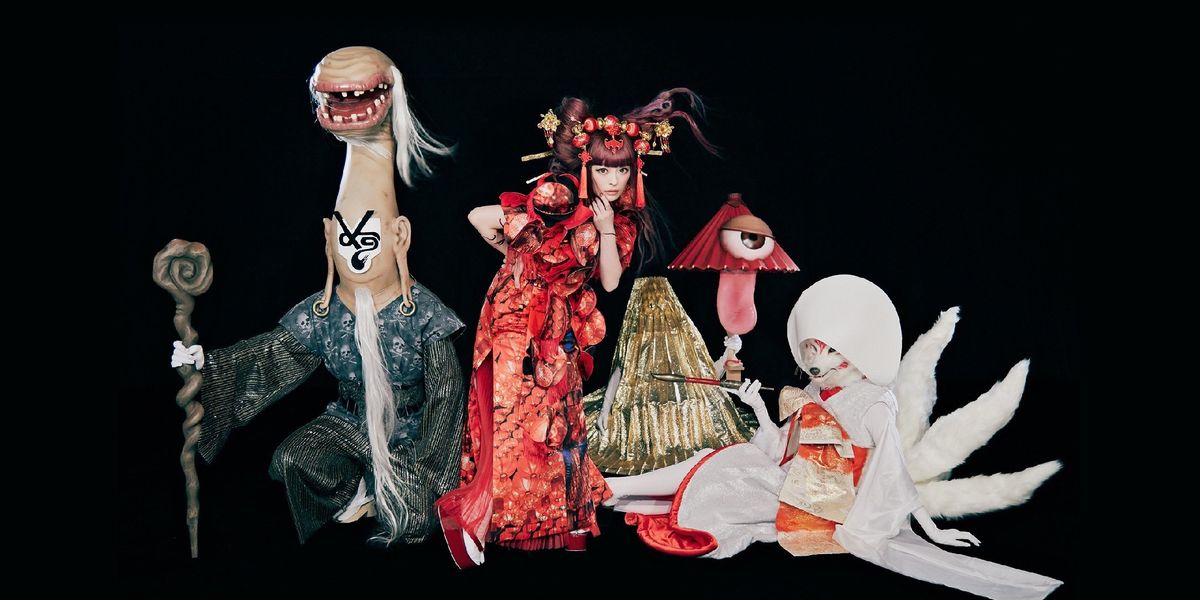 Kyary Pamyu Pamyu, the Harajuku pop princess whose 2011 hit, "PonPonPon," launched the performer into viral fame, shocked fans back in April when she debuted a strikingly toned-down, though no less cute, aesthetic.

The J-pop star largely known for her colorful and avant-garde kitsch style had seemingly ditched her delightfully bizarre and over-the-top kawaii brand for something more mature: A 2018 promo photo saw the 25-year-old electro-pop singer trade in her signature wild hairstyles for a choppy, natural coif, and her first new single since 2017, "Kimi no Mikata," found her experimenting with a more mid-tempo dance sound inspired by hip-hop beats.

But Kyary's vision has never really been defined by extremes, but rather the unexpected. The socially aware lyrics for "Kimi no Mikata" (loosely translated into English as "Your Ally") capture this, as the J-pop idol — synonymous with playful pop froth and often nonsensical lyrics — delivers a poignant message of allyship and acceptance in a world gripped by groupthink. "Through an expected lip service/ That aims to fulfill demands of the smiley tech/ 'Why?' and 'Can't' are taboo things," she sings over a groovy synthscape produced by longtime studio collaborator Yasutaka Nakata.

Ambitiously filmed in one take, the Jun Tamakai-directed video for the track similarly finds Kyary veering into new territory. Though impressively choreographed and steeped in the artist's trademark cuteness, the visual shirks the exaggerated production, fashion and eccentricity of KPP videos past for something a little more stripped back and straightforward, a mood reflected sartorially in the singer's simpler outfit — a canary yellow silk two-piece — as well as by the lack of CGI effects.

This summer, the Japanese pop star will hit the U.S. for three dates as part of her 2018 world tour, The Spooky Obakeyashiki: Pumpkins Strike Back — an international follow-up to her 2017 domestic tour of the same name and Halloween theme. The concerts will see Kyary, who has always incorporated dark, twisted themes into her shimmery, kawaii world, introduce the concept of the Japanese haunted house and yokai (Japanese folkloric demons and spirits) to her Western fandom.

Complete with stage design reminiscent of Nobuhiko Obayashi's 1977 J-horror staple Hausu and otherworldly creatures that could give Ju-on: The Grudge's vengeful Kayako a run for her money, The Spooky Obakeyashiki (the latter roughly translating to "ghost mansion") promises to deliver the captivating creepy-kawaii mix Kyary's fans can't get enough of.

Ahead of her three U.S. tour dates, the global J-pop phenom chats with PAPER about her surprising new aesthetic, her favorite yokai, and bringing her Japanese haunted house-themed experience stateside, below.

The video for "Kimi no Mikata" was shot in one take. Was it difficult to shoot like that?

This was the first time I challenged myself to film a music video in one take. This is a successful piece of effort made by all the staff involved in the production, including the dancers who are holding tablets, as well as the camera and lighting operators. We shot the video over and over. The tablets didn't work sometimes and there were other equipment issues as well. It took such a long time to film the perfect take but when we did it, I felt so emotional and happy!

How many takes did you have to do?

It took 20 takes to get the perfect one.

The video also shows a much different (but still very kawaii) aesthetic for you. Was the more mature style intentional?

When we were making the song, I thought the track was much more mature and had a slower vibe compared to my previous songs. My new style is definitely influenced from the song. I tried so many hairstyles to come up with the one that best fit my new concept.

The lyrics are also very inspiring. What statement did you want to share with the song?

I thought that the lyrics for this song were very relevant to 2018. There aren't many balanced, fair opinions in the world today, and I feel that the voice of the majority is becoming stronger in our society. Everyone is fed the same opinions from the media. I believe this song reaches out in a world that's becoming more difficult to live in by connecting to people who have different opinions and need to believe in themselves.

Are you planning on releasing a new album this year?

Nothing is determined just yet, but I hope to deliver more songs this year for sure!

I came up with the idea last year when I thought of holding a Halloween concert. Usually in Japan, Halloween is enjoyed the same way as the Western style, with everyone dressing as Western monsters and ghosts. I thought it would be interesting if I could produce my Halloween concert in a very Japanese style. As we planned the Halloween concert, I wanted to bring this concept outside of Japan and that ended up as the next theme for my world tour. Japanese ghosts are cute looking and have sweet characters. I hope to introduce these characters to my Western fans.

What's your favorite things to do when you come to New York City?

It's been a while since I've been in New York City. The last time I ate a delicious hamburger. I would like to try something tasty that's popular in New York this time!

What is your favorite Japanese horror movie that you would recommend?

Do you think scary things and cute or beautiful things can be the same?

I always thought that kawaii things are not enough on their own to be original. In my previous works, I tried to mix cute things with something dark or something with a sense of fear and trauma to make a bigger impact. I definitely think scary things and cute things can be together, and my world tour is a mixture of those.

What are your favorite monsters and yokai?

There are three that I really love: the chupacabra (a vicious monster from Central and South America), the kappa (a river imp from Japan), and the yeti (a snow beast from the Himalayas).

Who are the obake creatures you will feature on tour? Do they have names?

This time, three traditional Japanese ghosts will be featured in my concert: Nurarihyon is a yokai without a head, and the nine tailed fox and the haunted umbrella are both popular ancient Japanese yokai. I really love the cute character designs made for them... but be aware of them on stage!

Have you ever seen a ghost or experienced something supernatural and spooky?

I have never personally had a supernatural experience before, but I just love ghosts so much.

Kyary Pamyu Pamyu will perform at the Playstation Theater in New York City on June 18, the Regency Ballroom in San Francisco on June 20, and the Fonda Theatre in Los Angeles on June 22.