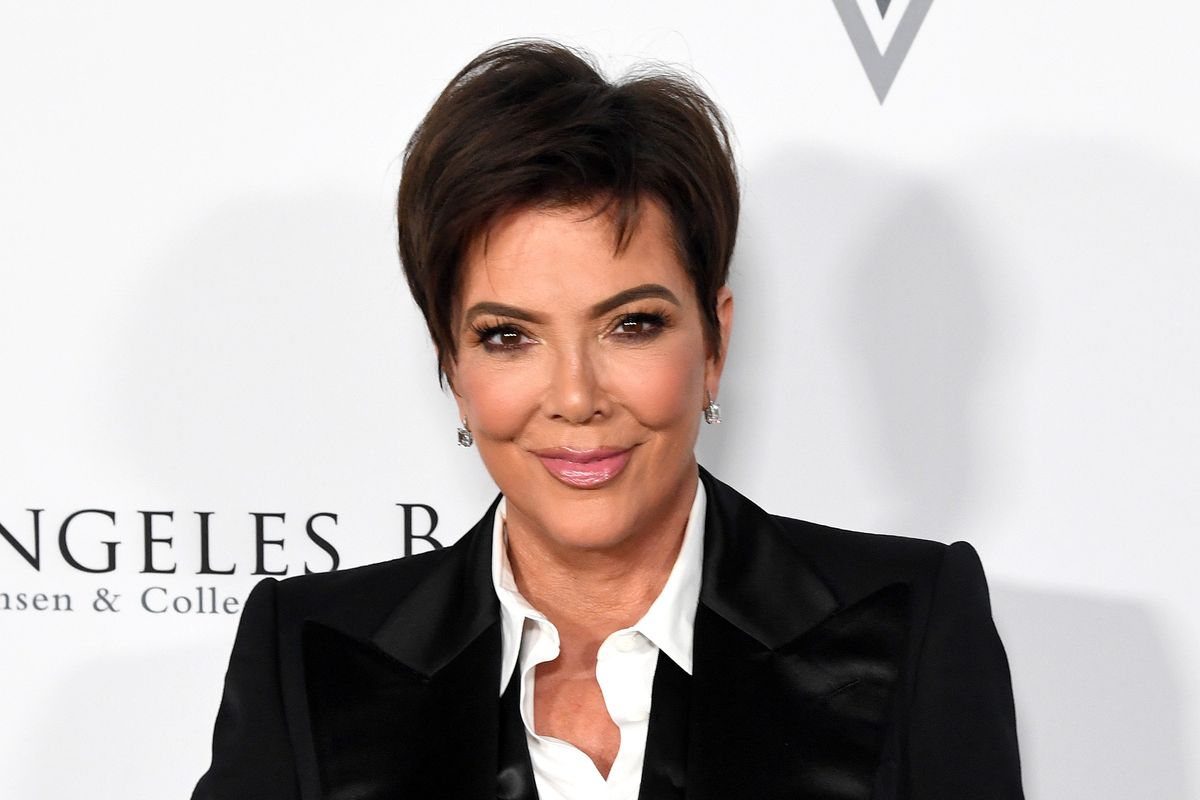 One 2007 episode of golden era Keeping Up With the Kardashians perfectly summarized the show's desperate, highly-watchable pursuit of fame at all costs for its family of wannabe stars. Kim, still in her club girl phase, is posing in an extremely awkward photoshoot for Playboy. Her mom Kris is close by, offering words of encouragement, digital camera in hand.

Over the past decade "Kim you're doing amazine sweetie" has became a generational catchphrase and meme, and so it's honestly surprising that Kris is only just copyrighting the one liner to use on merch.

Related | The A-Z of Celebrity Catchphrases

That's... a wide range of products! But she's probably just covering her bases. Celebrities trademarking catchphrases (and the literal names of their children, in Beyonce's case) has become a trend of late. Cardi B recently trademarked the "Okurrr" that's helped make her a household name, following in the footsteps of Paris Hilton and "That's hot," Rachel Zoe and "bananas," Taylor Swift and her objectively awful 1989 lyric "this sick beat."

And why wouldn't Kris et al start legally protecting their own speech in order to profit from it? Thanks to social media and reality TV, the public is more aware than ever of exactly how celebrities talk — and we've begun integrating their speech patterns into our own on a mass scale. Most of your sentences at this point are just a mishmash of Kardashian, Hilton, and RuPaul. Maybe with some Real Housewife thrown in.

Kris, you're also doing amazing sweetie. When those greeting cards go on sale, let us know.