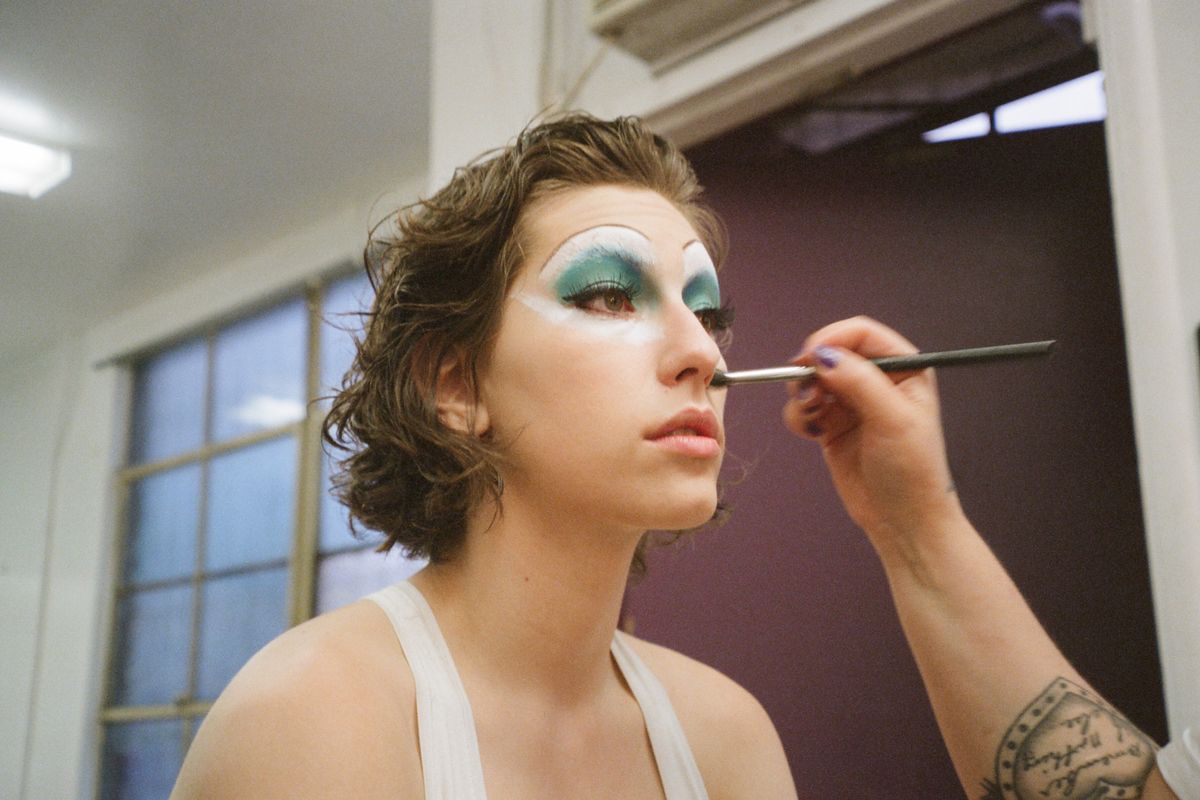 Behind the Scenes of King Princess' 'Cheap Queen' Video

On her new single, "Cheap Queen," queer singer/songwriter King Princess luxuriates in the cozy pleasures of doing the least and still getting what she wants.

The music video, a story featuring King Princess and her friends in multiple scenes comprising intentionally cheesy and hilarious recreated TV spots, is the total opposite. Symone Ridgell wrote the treatment and directed the dreamlike clip, and Ella Cepeda handled styling. The eye-popping results capitalize on King Princess' comfort-driven fantasies, as she watches herself on a screen in these various scenarios. It's as if she's idly flipping through the channels of her life before jumping in.

The song's opening lyrics, "I've been alright/ I've just been doing the same shit I've always liked/ Like smoking and movies/A nd homies who bring me wine," essentially give a whole new meaning to the idea of Netflix and chill.

While the video is plenty of fun, the behind the scenes photos from the "Cheap Queen" shoot show a more intimate look at the artists behind the vision. See those, below.