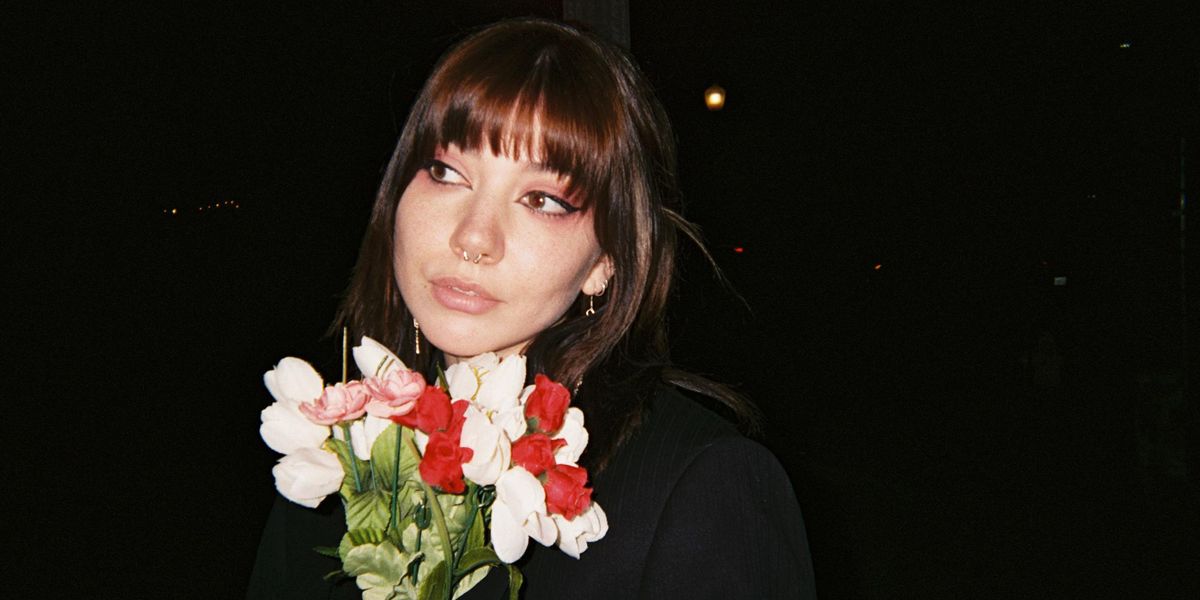 On her new single "she calls me daddy," the LA-based musician — aka Areli Castro — uses a spunky, funk-inspired sound to imbue the track with some extra oomph when it comes to her takedown of "every shitty dude that had ever invalidated me or my relationships."

"'she calls me daddy' was my way of expressing a shitty reality of being a queer woman," as Castro explained. "The invalidation from people is something I have had to deal with my whole life and I wanted to take that anger and frustration and turn it into a song that felt fun and unapologetic."

A fun and confident-inducing anthem for all the womxn, non-binary folks and people in queer relationships, the music video fits right in with the song's definitive "fuck you" power vibe with its understated cool. Taking to the streets of LA in an incredible suit with a bouquet of flowers, Castro plays with traditional masculine tropes while flipping them on their head in a way that dovetails nicely with the track's reclamation of her power and sexuality.

After all, as Castro said herself, "I also wanted the video to be a good representation of the feeling this song gave me, so I dressed up in my favorite suit and ran around my city singing about a girl I loved, it felt so freeing." And if that isn't relatable, then what is?

Check out our exclusive behind-the-scenes photos from her official "she calls me daddy" music video, below.