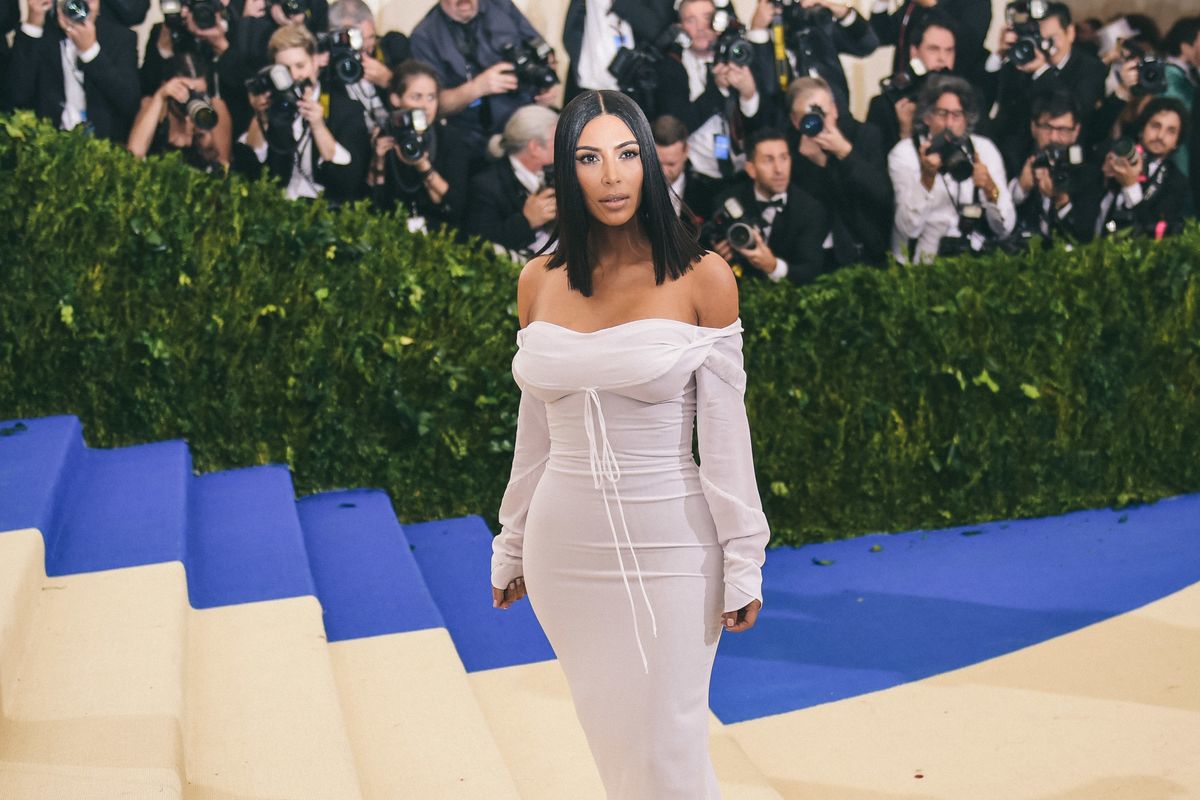 Kim Kardashian Admits to Feeling Insecure at the Met Gala

Kim Kardashian is known for a lot of things, but you'd think being insecure about her looks is not one them. After all, the inventor of the perfect selfie has established her entire career on looking glamorous. But as the reality star prepares for the grand Met Gala tonight, she shared a series of tweets reminiscing on her six years of attendance at the event while feeling incredibly insecure.

Starting with the first year in 2013, she noted she wore Givenchy and felt nervous because she didn't know anyone. "I was Kanye's plus one & so nervous!" she wrote. "I didn't know anyone & I'm sure no one wanted me there lol. I did my own lipstick & the color is so off. I went home & cried after of insecurity but this is one of my fave looks now."

The second year was a bit easier it seems, as Kardashian felt more confident even though she was "invited alone." This time she chose a Lanvin dress. "I was invited on my own this year! We just had our Vogue cover & Alber gave me the dress I wore on the cover so Anna suggested I wear Lanvin. Not sure why we picked blue lol. Following our cover, this is a dream," she said

The third year, Kardashian showed up pregnant — a fact she "desperately tried to hide while wearing a Roberto Cavalli dress designed by Peter Dundas. "This is his first dress designing for Cavalli. I was 2 months Pregnant with Saint & desperately trying to hide it. I felt so confident this year!" she said." I had more of an opinion and collaborated so well. I really felt so good this night."

As she got around to attending the gala for the fourth time, she confessed feeling more insecure than comfortable thanks to her bleached brows and "baby weight." This year, the KKW beauty founder wore Balmain. "I was back to insecure this year because I hadn't lost all of my baby weight. Big mistake to bleach the brows but Kanye looked so good this year with those blue eyes! It was super controversial that he wore denim."

Year five, Kardashian admittedly hit a new level anxiety and almost "threw up" on her way the gala out of nervousness while wearing Vivienne Westwood. "This was my first year going solo. I was so nervous to go by myself I almost threw up on the way & I had to pee every second.." she admits. " I was FaceTiming my sisters to meet up at the top of the stairs. Vivienne made me this beautiful dress from her archive."

It wasn't until last year, that she gained more control over her insecurities and felt completely confident in a Donatella Versace creation. "This was the first time Donatella recreated one of Gianni's cross dresses that were in the exhibit. This dress fit like a glove! I knew exactly what I wanted and was my most confident this year! 90's, chainmail, simple and sexy." she wrote.

Though surprising, Kardashian isn't alone in feeling insecure at the glamorous event. The Met Gala, organized by Anna Wintour, sees a number of A-list celebrities in attendance and boasts a coveted guest list. Over the years, several celebrities have boycotted the annual fete for "being too clique-y" and its elitism.

"I had a terrible experience," singer Demi Lovato told Billboard of her first time attending in 2016, adding that at one point the night got so terrible, the star who had been sober, wanted to get a drink.

Former One Direction member, Zayn Malik, has also expressed his unpleasant experience while attending the ball. "It's not something I would go to," he told GQ. "I'd rather be sitting at my house, doing something productive... To do the self-indulgent, 'Look at me, I'm amazing' thing on the red carpet, it's not me.'

Then there are others like Tina Fey and Gwyneth Paltrow, who have been more vocal of their dislike of the event. "It is such a jerk parade," Fey told David Letterman of the one time she went to the gala. "Every jerk from every walk of life is there, wearing, like, some stupid thing... I dragged my husband along with me, which I'm still in trouble for. Clearly I will never go again."

Paltrow, who swore to never attend the event after a bad experience in 2013 also did not mince her words. "I'm never going again," she told USA Today in 2013. "It was so un-fun. It was boiling. It was too crowded. I did not enjoy it at all."

The actress was seen in attendance again in 2017.