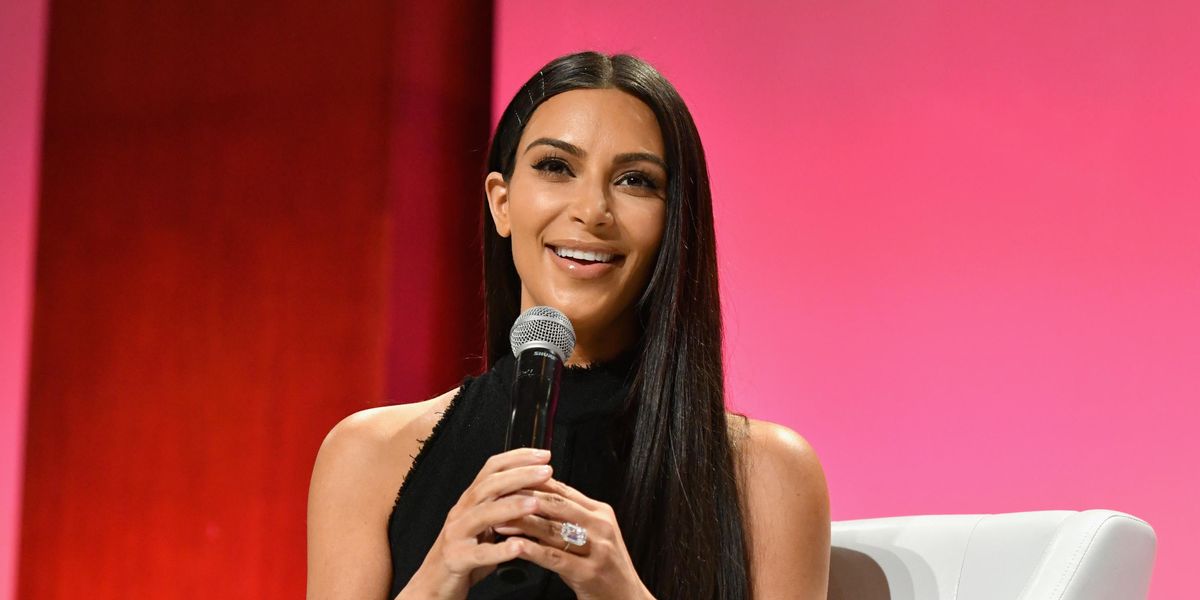 Kim Kardashian's latest accessory is incurring backlash from members of the Hindu religion.

Recently, the reality star took to social media to post new photos from a boudoir-themed shoot in which she can be seen in a floral and fur top along with sheer red bottoms. That said, it didn't take long for people to notice her large hoop earrings also contained the sacred "Om" symbol, which is considered the "original vibration of the universe" in Hinduism — something that led to ample criticism online.

"TAKE THAT EARRING WTFF OUR CULTURE ISN'T YOUR AESTHETIC. EDUCATE YOURSELF," as one commenter wrote, while another begged her to "leave our culture and religion alone."

TAKE THAT EARRING WTFF OUR CULTURE ISN'T YOUR AESTHETIC. EDUCATE YOURSELF

Leave our culture and religion alone.

Meanwhile, others began to reference Kardashian's long history of cultural appropriation by tweeting things like, "shoutout to kim k for collecting cultures to appropriate like infinity stones" and "she really out here appropriating culture and religion like it's a hobby."

"Do some basic research the Om symbol," the second person wrote, before adding, "The Om symbol is [sacred] and it's not an aesthetic."

She really out here appropriating culture and religion like it's a hobby. do some basic research the Om symbol is scared and it's not anaesthetic.

Not only that, but Page Six noted that the Universal Society of Hinduism's Rajan Zed responded to the photos by condemning her "inappropriate usage of sacred Hindu icons or deities or concepts or symbols for commercial or other agendas."

"It was deeply trivializing of immensely revered 'Om' to be displayed in such a manner," the post pointed out. "Besides apologizing to the worldwide Hindu community, Rajan Zed also urged Kim Kardashian to immediately remove the three such objectionable pictures from her Twitter account."

Kardashian has yet to address the backlash, but in the meantime you can see what other people are saying about the earrings, below.

STOP CULTURAL APPROPRIATION OF INDIAN CULTURE!!! WHAT'S UP WITH THOSE EARINGS GIRLLLL???

Can Westerners for once respect other cultures?? ॐ is a religious symbol, not your aesthetic 😩

not a other Hinduism as aesthetic momemt

MY RELIGION IS NOT YOUR AESTHETIC WTF

Om is a very important symbol for the Hindu religion. Stop using Hinduism as an aesthetic.