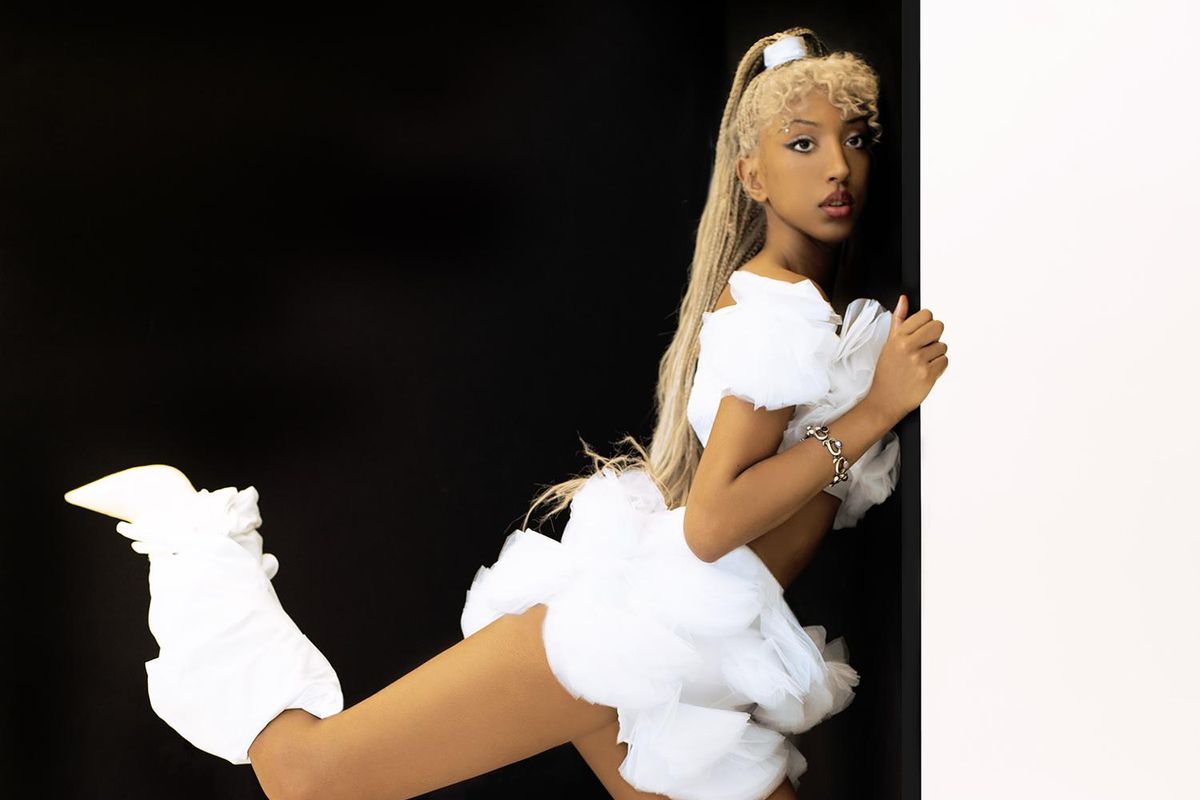 KESH Opens Up a New World With 'Jadines Escape'

After shooting a new SKIMS campaign, multidisciplinary artist KESH returns today with music — her second single, following the release of "not gaan out" in 2020. "Jadines Escape," out now, was designed to be blasted in order to create an otherworldly experience with an intro that sounds like the sonic reimagination of stars in the sky. It twinkles and builds, before KESH's soft, distorted vocals take over and slink in-between ethereal synths. Think Björk's "Cosmogony" a decade later.

"Jadine is my middle name. I discovered it a few years ago in my adoption paperwork and it felt like a missing piece of the puzzle," KESH says of the track's title. "My upbringing has been complicated and disjointed, so finding something that's been with me from birth is comforting. For me, Jadine represents my softer side that's slowly opening up to the world."

The background story KESH created for Jadine aligns precisely with her song's sound. "Jadine escapes from the concrete city," she begins, echoing the track's darker, brutalist undercurrent. Jadine then "places herself in nature," where she "spends time with the mountains, waves, sky and trees to heal her aching heart." There's certainly an organic, ambient quality to "Jadines Escape," and a feeling of isolation on the hunter for something bigger.

Much like everyone else, COVID lockdowns offered a significant awakening for KESH. "Before the virus, everything was a constant grind," the artist says. "Working every day, every minute. Meetings, sessions, schedule nonstop, but then when everything stopped and it gave me the chance to reflect and really look at how I was operating."

She specifically notes "conversations happening about the Black experience" that helped her realize how city life left her exposed to toxic energies and situations that she needed to be freed from. Keeping this in mind, KESH says, "I removed myself from society to have some time where I could just be with nature and reset. Go days without being processed or judged by society's standards and spend time with the earth."

With more music to come, which KESH independently writes, directs and co-produces from concept to master, stream the PAPER premiere of "Jadines Escape," below.