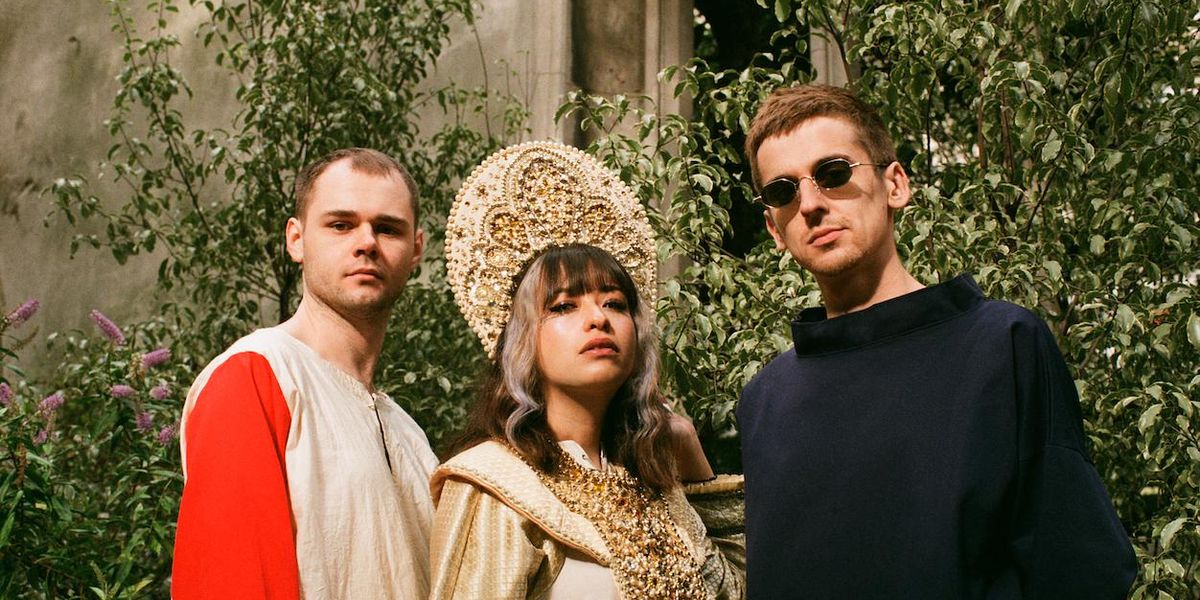 As the ancient prophecies and scrolls once foretold, UK trio, Kero Kero Bonito, has returned with its latest EP, Civilisation II.

The follow-up to 2019's Civilisation I, which tackled themes of global warming, conflict, societal decay and loss on a macro scale told across tracks with bright retro synthesizers and bilingual lyricism, Civilization II picks up where the prior left off to craft its own parallel pop timeline. Spread across three tracks that are meant to represent the past, present and future, the EP sees Kero Kero Bonito once again continue to push itself even further as it contemplates cultural myth making, the current state of the world and how the planet will remember us.

The lead single off the EP, "The Princess and The Clock," which stands in for the past here, sees the group explore making their own fable through power chord choruses and fairy tale melodies. "It tells the story of a young explorer who was kidnapped and revered as a princess by an isolated society," Kero Kero Bonito explains. "Her worshippers later found her gone, but it's up to the listener to guess her fate."

The EP then catches up to the present with "21/4/20" which details a typical day from early on in lockdown over a meandering shoegaze-y instrumental. "Its direct, documentary style was inspired by narrative art like the Bayeux Tapestry and Trajan's Column," the band explains of the track which sees Sarah Bonito painstakingly recount the mundane routine lockdown has thrust us in, from a late breakfast of leftover pasta to video calls with parents and aimless walks taken out of sheer boredom.

The EP's closer, and Kero Kero Bonito's longest song to date, "Well Rested," is an epic progressive house prophecy that "addresses The Resurrection and humanity's distant future" with bits of chiptune, acid and Italo disco sprinkled throughout. "It's a humanist manifesto for the Anthropocene in several parts incorporating chants, an insistent four-to-the-floor and field recordings of natural sites."

Listen to Kero Kero Bonito's Civilisation II EP below, out now via Polyvinyl.