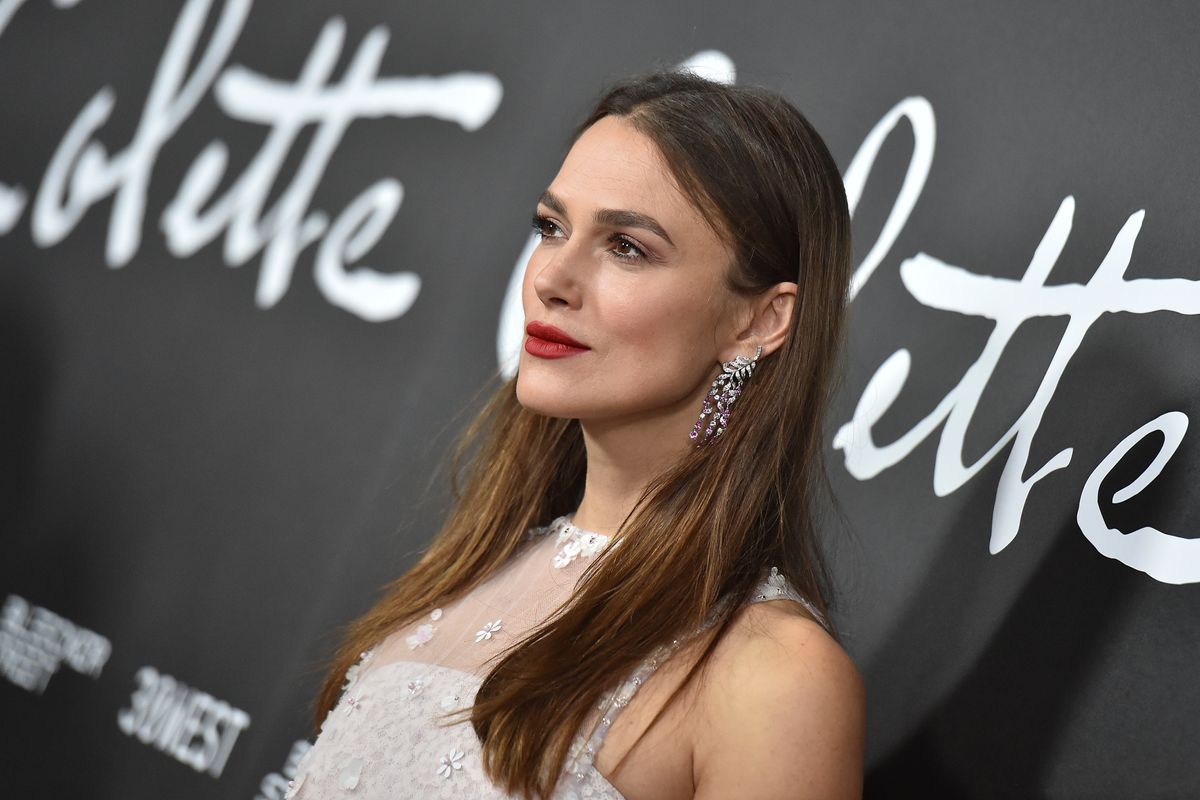 Keira Knightley Wants To Change How We Talk About Birth

Keira Knightley wants to change the sanitized, sexist ways we talk about and imagine childbirth. In a new essay titled "The Weaker Sex" included in a new collection, Feminists Don't Wear Pink (And Other Lies) curated by Scarlett Curtis, she described the graphic realities of the birth of her three-year-old daughter Edie, arguing that our society's discomfort with the realities of birth and motherhood is all about the male gaze.

It begins (via Refinery29), addressed to Edie: "My vagina split. You came out with your eyes open. Arms up in the air. Screaming. They put you on to me, covered in blood, vernix, your head misshapen from the birth canal. Pulsating, gasping, screaming."

"I remember the shit, the vomit, the blood, the stitches. I remember my battleground." She wrote, emphasizing the atomic strength of mothers and the female body: "Your battleground and life pulsating. Surviving. And I am the weaker sex? You are?"

Knightley's daughter was born a the day before Kate Middleton gave birth to Princess Charlotte, contrasting her own experience with the the sanitized, male-gaze oriented dainty media spectacle.

While Middleton emerged from the delivery room after just seven hours, TV-ready, manicured, perfumed in a pretty dress and heels, Knightley recalled how her own "brown lace-up brogues" were "crusted and sticky" with amniotic fluid by the end of the birth; how when she received her first visitors, she "wore a hospital gown with paper pants on" as "blood [soaked] through the sanitary pad wedged between [her legs], and exposed "herself to the men in the room blood running down [her] thighs, arse, cellulite."

"My breast is out in front of them all and I don't care," she writes. "Your life is my life. You need me. I'm there. F--k them all with their eyes watching, their embarrassed faces at my animalistic semi-nudity. Is this soft motherhood?"

She didn't berate Kate, but rather raged on her behalf at the pressure that both she and the Duchess of Cambridge face as high-profile mothers.

"We stand and watch the TV screen. She [Middleton] was out of hospital seven hours later with her face made up and high heels on. The face the world wants to see," she wrote. "Hide. Hide our pain, our bodies splitting, our breasts leaking, our hormones raging. Look beautiful. Look stylish, don't show your battleground, Kate. Seven hours after your fight with life and death, seven hours after your body breaks open, and bloody, screaming life comes out. Don't show. Don't tell. Stand there with your girl and be shot by a pack of male photographers."

Knightley indicated a belief in the beauty of birth that has nothing to do with women's appearances, as she described her first time breastfeeding her daughter:

"You latched on to my breast immediately, hungrily, I remember the pain. The mouth clenched tight around my nipple, light sucking on and sucking out.

Knightley also linked the sexist pressures and standards she faced during her pregnancy and birth, to those she's battled her entire career: