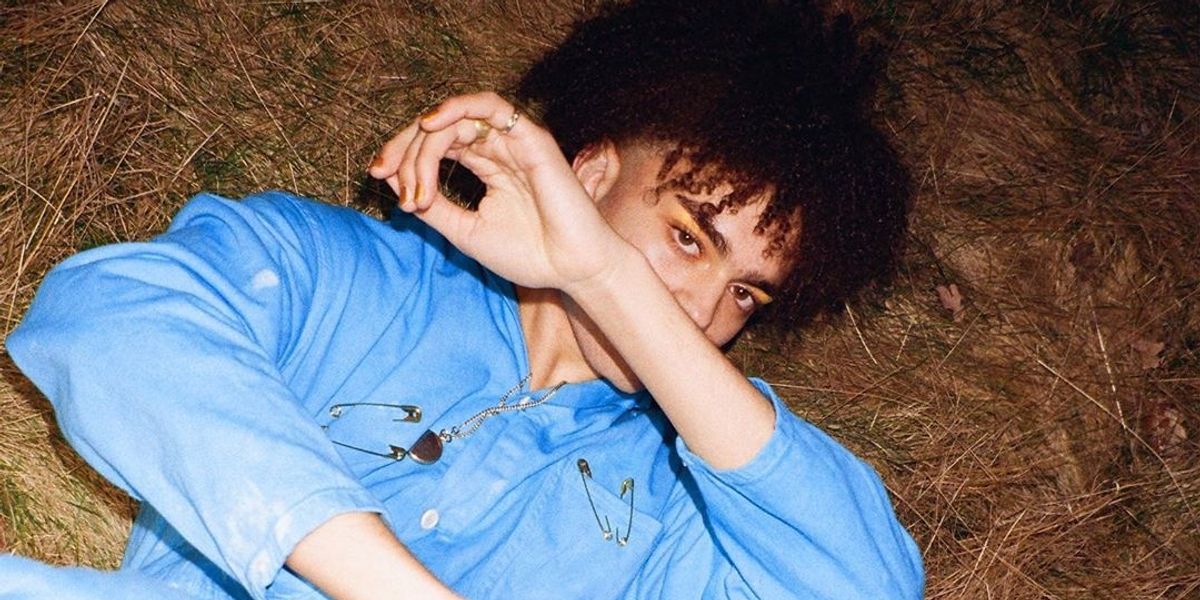 Directed by ZMARAKS, the video begins with an opening screen reminiscent of an old DVD or VCR menu, and cuts to a world bathed in blue and red lights. dekker's dreamy vocals are a stark contrast to the heated exchange that takes place throughout the video. Singing the words, "I don't want to feel sorry for something you did," he sets the tone for a relationship nearing its end.

Scenes throughout the video feature dekker and his partner covered in blood, a nod to the '80s horror movies dekker draws inspiration from. He also cites Playstation 2 games and artists like The Cure and Britney Spears as influences. The diversity in influences is viscerally apparent in the video — shocking, attention-grabbing visuals paired with a euphoric sound.

"My aim was to create escapism and atmosphere," dekker says. "I wanted the sounds to take me far away and sound exactly how I felt."

dekker's "makeup" is the first audiovisual installment –– episode one, if you will –– of his upcoming debut EP, the unwelcome series, which is said to chronicle tragic events experienced by dekker and those in his inner circle. Stream the single below, and follow dekker on Instagram and Twitter.