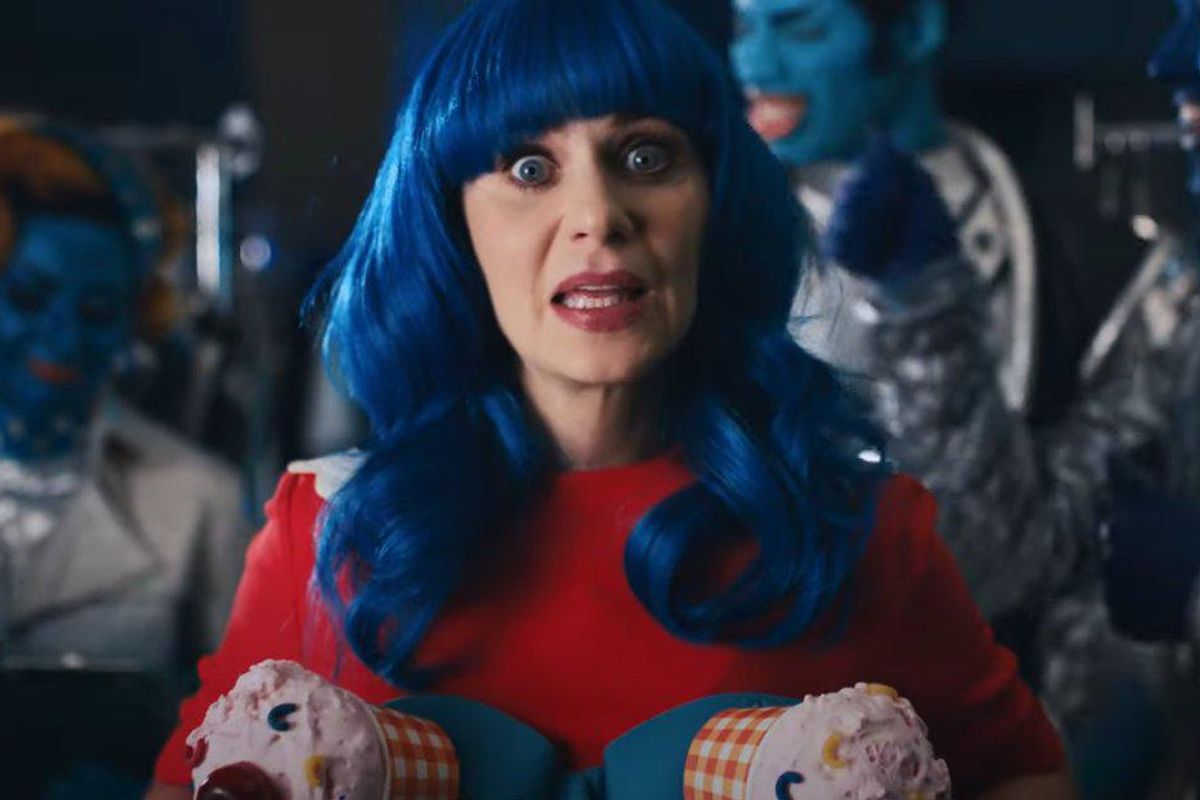 For a while now, the world has made it clear that Katy Perry and Zooey Deschanel resemble each other. Perry plays on that in her adventurous and space-traveling new video for "Not The End of the World" off Smile.

Following a mixup at the park where Perry and Deschanel happen to be minding their businesses, Deschanel gets swooped up into a massive alien spaceship in the sky where its blue-skinned inhabitants are convinced that she is Perry.

They excitedly welcome her onto their ship and show her around, as well as reveal to her the reason that they have abducted her: the world is going to explode within an hour and they just had to save their favorite singer.

As Deschanel tries to convince them that she isn't Perry, they have her try on the singer's iconic looks — all the while, the countdown continues on to Earth's apocalypse.

Eventually, they show her something that only she can do: save the world by pulling the plug on the internet. She eventually accepts her place as being Perry and channels the singer's strength to pull the plug and save the world.

After everyone excitedly celebrates, Deschanel cosplays as Perry at a live concert for the aliens who are none the wiser. It's a happy ending for everyone involved, even Perry who doesn't realize that she was within a second's reach of being destroyed along with everyone else on the planet.

"Not The End of the World" appears on Perry's sixth studio album Smile that dropped in August. You can stream it, below.