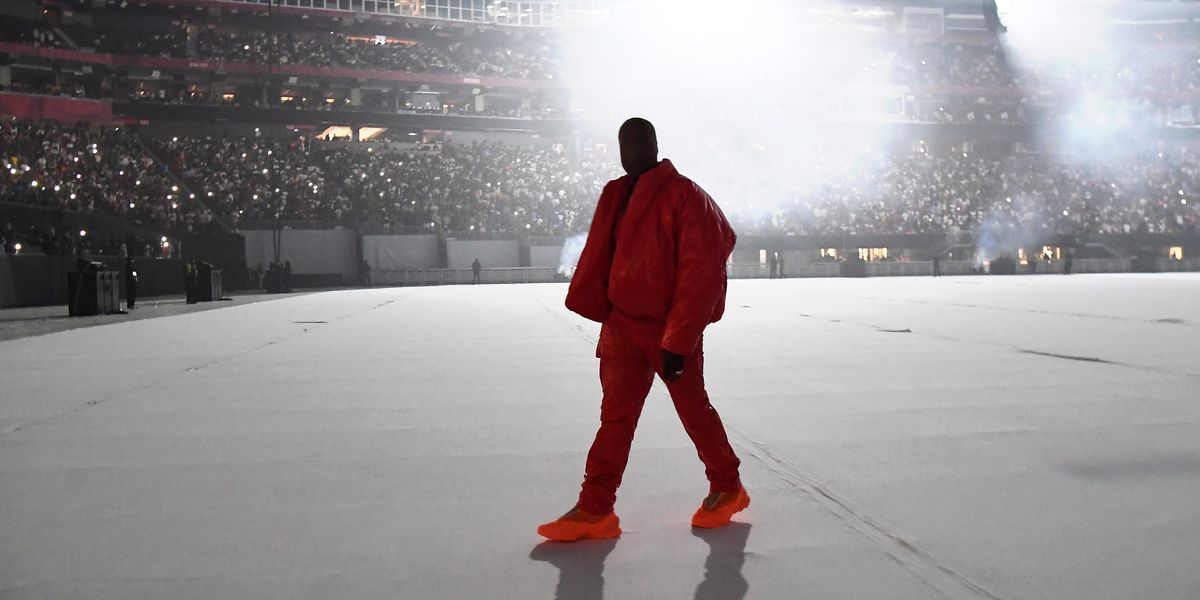 On Thursday, the rapper provided thousands of fans a second sneak peek of his forthcoming album, DONDA, at Atlanta's Mercedes-Benz Stadium. And while the focus may been on the highly anticipated record, the venue also used this as an opportunity to help attendees get vaxxed by setting up a pop-up clinic offering the Pfizer COVID-19 vaccine. Talk about convenient one-stop shop.

"We are offering Pfizer vaccines to fans attending tonight's listening party," the stadium's Twitter account announced ahead of the listening party. "Vaccines will be offered in sections 340-347 until 9:30pm."

However, this isn't the first time the Mercedes-Benz Stadium has hosted a similar initiative as it's been a vaccination site since January in conjunction with the Fulton County Board of Health and Georgia Emergency Management Agency. Granted, the venue has also been doing a similar pop-up clinic for Atlanta United soccer matches and will do the same for football fans attending the Atlanta Falcons open practice session this Saturday.

Check out the stadium's announcement, below.