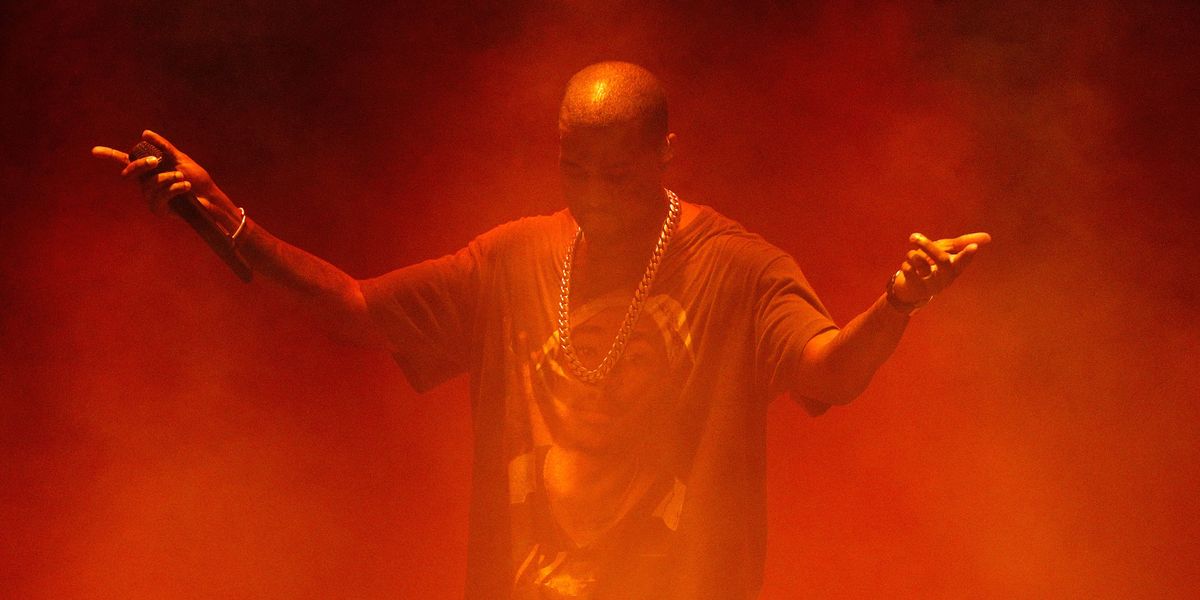 Leading philosopher of our time Kanye West announced last week that he's writing a book called Break the Simulation that delves into modern society's obsession with photography. Since that announcement, he's returned to Twitter, and has been posting some truly Zen musings about meditation, competition, and creativity. He even posted about getting rid of everything much to the (fake) chagrin of Kim Kardashian West and Chrissy Teigen.

I don't believe in the concept of an enemy. We have been conditioned to always be in competition. Stop looking for… https://t.co/rsJxZGEMfQ
— KANYE WEST (@KANYE WEST)1524064571.0

Today, he very casually announced (via Twitter of course) that these stream-of-consciousness tweets are his book. He said "oh by the way this is my book that I'm writing in real time. No publisher or publicist will tell me what to put where or how many pages to write. This is not a financial opportunity this is an innate need to be expressive." In another tweet about his book-writing process, he wrote in the first person plural because he didn't like how many times he wrote the word "I". He said," I will work on this "book" when I feel it. When We sit still in the mornings We get hit with so many ideas and so many things We want to express. When I read this tweet to myself I didn't like how much I used the word I so I changed the I's to We's."

In the past, Kanye has also used the ephemeral nature of the Internet to create living art. The songs on his 2016 album, The Life of Pablo, were uploaded and adjusted multiple times. West said of the album, "An innovative, continuous process, the album will be a living, evolving art project."

often people working with the existing consciousness are jealous of those who are more in touch and they become har… https://t.co/vll90kKHE2
— KANYE WEST (@KANYE WEST)1523837497.0

too much emphasis is put on originality. Feel free to take ideas and update them at your will all great artist take and update.
— KANYE WEST (@KANYE WEST)1524068333.0