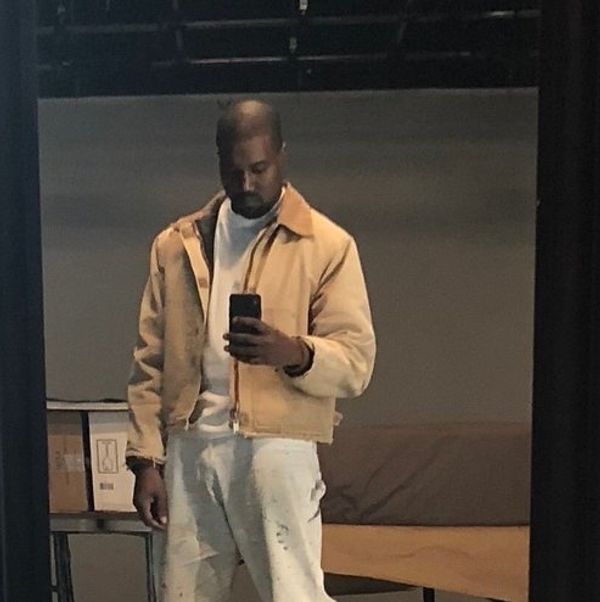 If Kanye West is known for anything, its his openness to criticism. After facing ridicule from the internet and his wife, Kim Kardashian, for wearing slides that appeared to be a few sizes too small to 2 Chainz's recent wedding in Miami, the rapper-turned-designer was forced to reevaluate his stance on tiny shoes. Initially, Kanye defended his fashion choice as being "the Japanese way" even going so far as to post a diagram on Twitter to educate the doubters.

But clearly Kanye wasn't even convinced by his own argument and decided to go back to the drawing board. That decision has paid off because he's now come back with a newer improved version of the slides that swings the pendulum in the complete opposite direction. And they are definitely...um...big enough.

are the slides big enough 😂🔥🔥🔥🔥 pic.twitter.com/3sVRpSzHyj

Ever the size queen, Kanye's massive slides are certainly something to write home about. The giant gray lilypad of a shoe certainly looks a lot more comfortable than letting your heels hang off the end of shoes that are too small. In what amounts to the JNCO jeans of footwear, Kanye sheds his previous minimalist aesthetic and adheres to Heidi Montag's ancient koan "More is more."

On first glance, it would be easy to dismiss the gargantuan slides as cumbersome and nothing more than a sight gag but that underestimates the versatility of Kanye as a designer. The massive slides could finally give Yeezus the power to walk on water or double as clown shoes in a hypebeast circus or even be the first wearable frisbee. Kanye could even re-purpose the foot-couches as baby bjorns for son Saint and new daughter Chicago. The possibilities are endless!