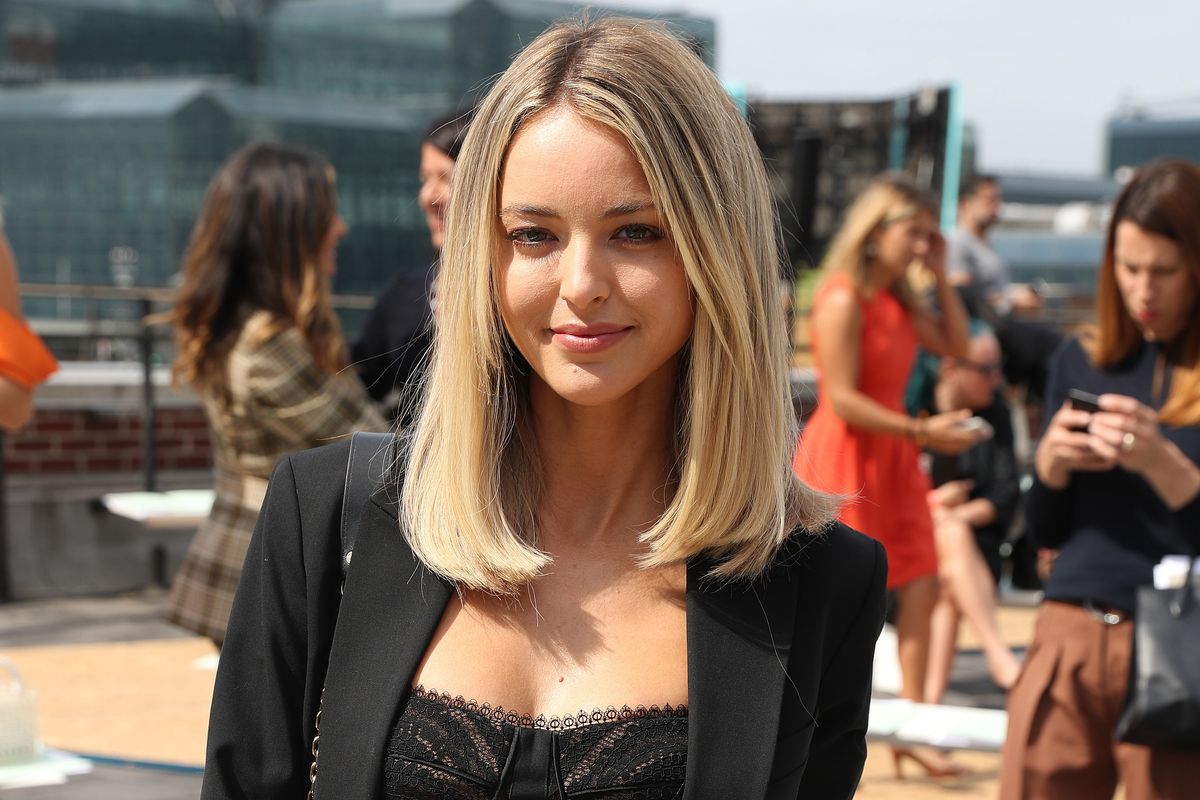 The greatest — if most unexpected — rebound love story of our time, that of Kaitlynn Carter and Miley Cyrus, continues. The pair have reportedly moved in together and met the parents, just a month after Cyrus's split with long term partner Liam Hemsworth. But sadly Kaitlynn Carter sat front row at Jonathan Simkhai's NYFW show yesterday without Cyrus by her side, causing me personally to have a momentary freak out over their potential romantic demise.

Related | Miley Cyrus and Kaitlynn Carter Moved in Together

Never fear! Carter and Cyrus appear to be going strong — Carter just posted a thirsty comment on Miley's grid to let the world, and her girlfriend, know that she's still obsessed. In a black bustier, blazer, and jeans, the reality star slash skincare entrepreneur was apparently just taking some solo time at Fashion Week. Or maybe Simkhai couldn't afford Miley's appearance fee. Who's to say?

According to the Daily Mail, Carter was joined at the event by Brittany Snow, Devon Windsor, Cindy Bruna and Draya Michele. She also filmed a series of NYFW Instagram stories for Glamour magazine.

Carter and Cyrus went public with their love on a chic Mediterranean post-break up vacation last month — Carter had recently split with Hills icon Brody Jenner, Cyrus with Hemsworth. The two couples reportedly used to spend a lot of time hanging out together in LA, and Spencer Pratt recently theorized that Miley and Kaitlynn started feeling the chemistry prior to both break ups. Spicy.

There are two more days of NYFW to go! Fingers crossed for a Kaitlynn and Miley sighting.