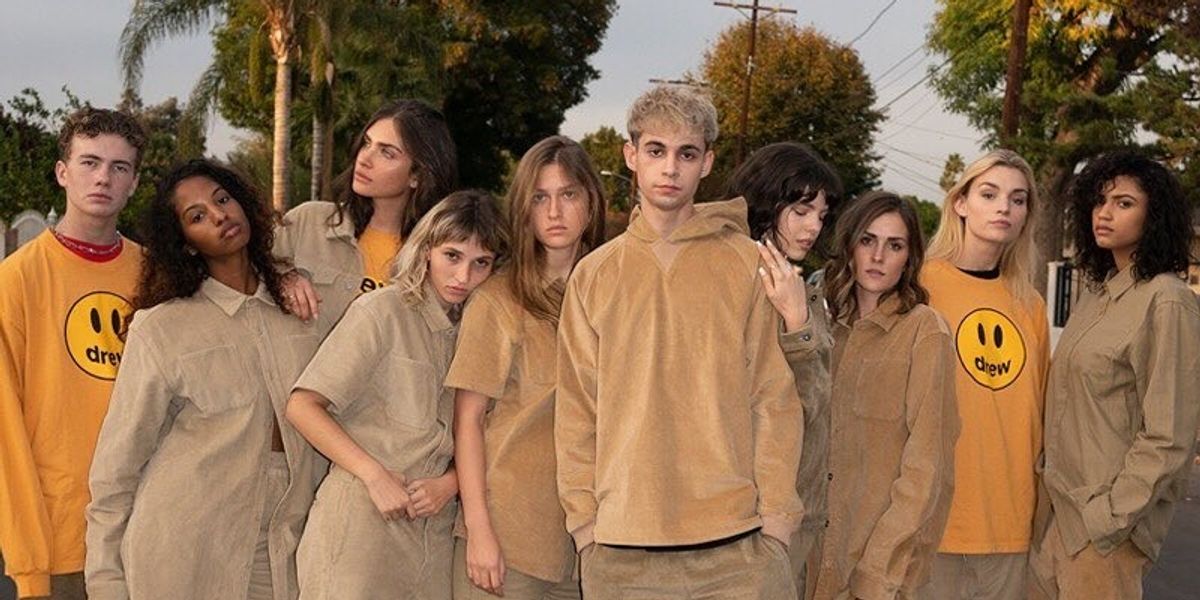 Justin Bieber's new clothing label Drew House launched in a low key way on Tuesday, its official website going live with a collection of beige corduroy basics plus bright yellow logo tees and hoodies. But while Drew House describes the clothes as "an affordable range of high quality staples," fans are already complaining that the prices — starting at $48 for a t-shirt — are a little too high.

The official Drew House Instagram was flooded with devastated Bieber lovers with insufficient funds to purchase their favorite pieces. "These shirts and hoodies better be made from your sweat and tears cause those prices are not for my bank account," one user wrote. "Baby lower them prices and then we can talk," added another.

On Twitter, things went the same way. Many fans demanded that Bieber turn his attention away from fashion design and towards making another album. They also argued that his tour merch hoodies were cuter and much more affordable. Some defended Bieber by saying the high prices reflected the fact Drew House supports ethical manufacturing, although there is no mention of this on the website.

Maybe people are annoyed because Bieber had initially hyped the new line by selling pairs of $5 Drew-branded hotel slippers, which are no longer available. Or maybe his young fanbase is less acquainted with the inflated prices of street and skatewear than he is, hence the surprise.

Either way, Bieb's business model is working: several items from the first Drew collection have already sold out.