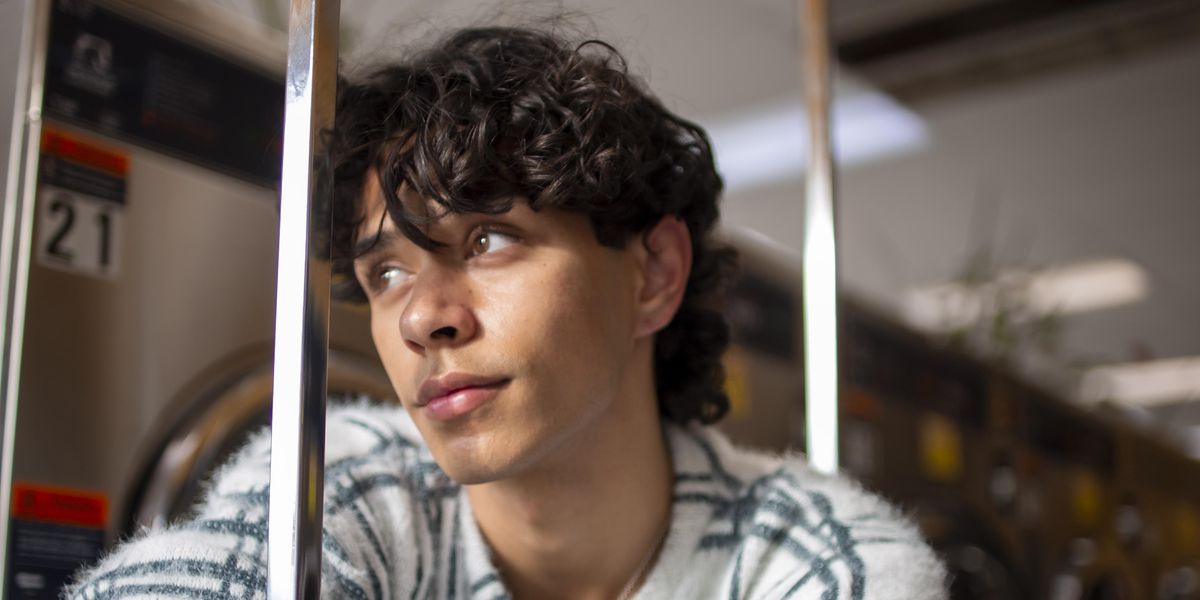 Justice Carradine's 'Okay' Is a Relatable Meditation on Mental Health

For many, the past year has been rife with mental health struggles. Throughout the pandemic though, music has continued to be one of the few ways we've been able to feel a little less alone amid all the uncertainty and unpredictable chaos — and it's a topic that Justice Carradine is all too familiar with.

Enter the cinematic music video for his new single "Okay," a tender track written about the mental health struggles he went through in his teens. Quietly reflective and equally as vulnerable, the Eli Sokhn-directed visual was shot at nighttime in LA, making for a contemplative video that mirrors the all-too-relatable and "suffocating" isolation and loneliness he felt while creating the song.

After all, the origins of "Okay" can be traced back to illustrated journal entries penned by the singer-songwriter during the making-of the song. In one, he alludes to the parallels between his "love for ghosts" and the at-times invisible distress of mental health issues, as reflected within the lyrics about the importance of finding your support system.

More directly though, Justice also shared another page with us from the actual writing of "Okay," explaining in the notes that the song "reminded me of how fragile and delicate I felt during the song writing process," which he compared to a "little flower."

"I think I saw the quote to the side on Tumblr after I finished the song and it was too perfect to not draw it and stick it on the page," he recalled. "I've brought this journal with me everywhere and my friends spilled water all over it, but I honestly like the way it looks a little washed away."

All in all though, he said that both of these entries point toward his work as a "very visual person," which shouldn't come as a surprise seeing as how Justice himself also creative directed the video. Because as he went on to add, "Drawing out my metaphors for the songs I write helps me a lot," as it "helps me remember where I left off when I want to work on the song again and expand it."

So to see the final product, watch Justice's official music video for "Okay," below.