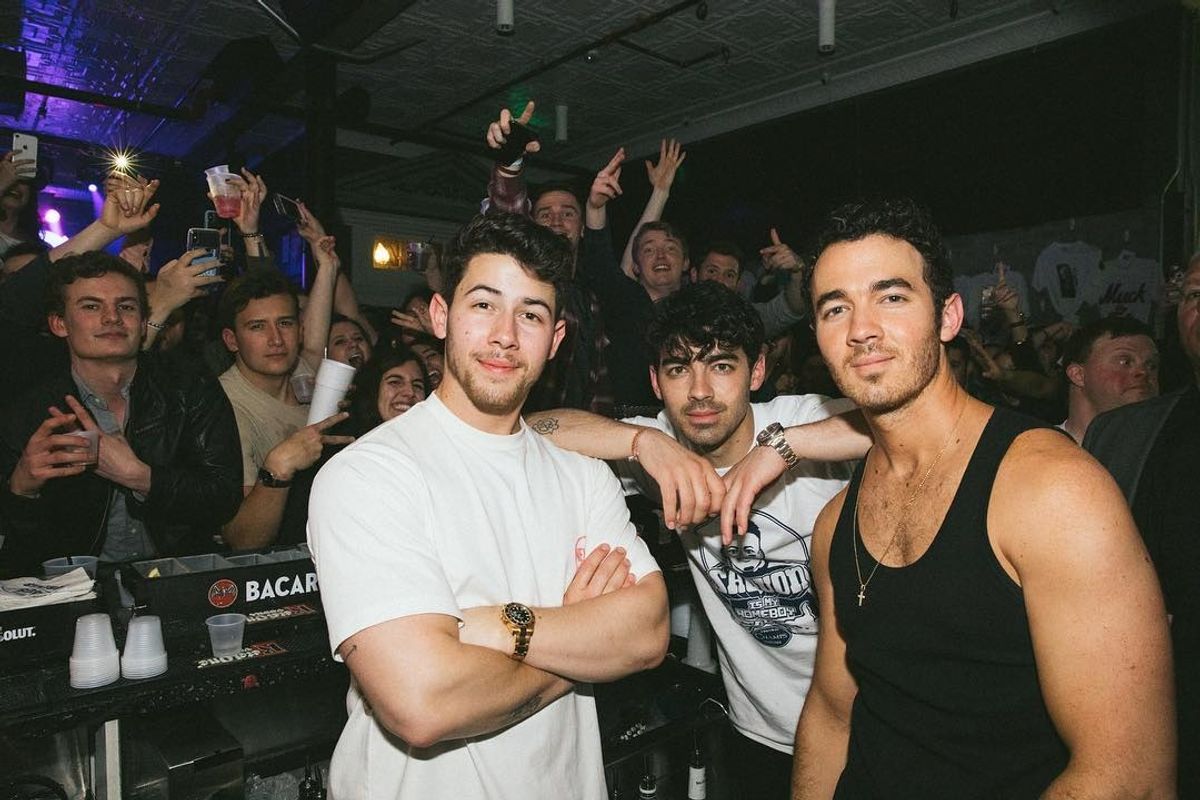 The Jonas Brothers Went to a College Party

Since the Jonas Brothers reunited and launched their single, "Sucker," they've been popping up at random venues all over the country for surprise performances. And just after they released their latest, song-of-the-summer-worthy hit, "Cool," they decided to take a trip to Pennsylvania to liven up a college party in a bar called Champs Downtown on Friday night.

The JoBros caught Penn State students by surprise with their unexpected stage appearance. But not only did they bring the bops, they also treated the everyone in the crowd with an open bar on them. If paying for the drinks wasn't enough, they also served them with their significant others Sophie Turner, Danielle Jonas, and Priyanka Chopra — all while sporting Champs shirts, and at some point Penn State football jerseys.

James Franklin just took the stage at @ChampsPennState and invited the Jonas Brothers to stand on the sideline for the White Out game.

Yes, this is real life. pic.twitter.com/IW17XyZ1Bi

The collab we always needed. pic.twitter.com/2T90vNypF9

Did I wake up Friday expecting to be at a @jonasbrothers concert? No.

Was I at a JB concert on Friday? Yes.@ChampsPennState pic.twitter.com/tZWTmAlQCv

Jonas Brothers on Friday, April 5th:
1. Drop their single, “Cool”
2. Hop on a jet to State College
3. Perform at Champs and serve drinks behind the bar

WE ARE PENN STATE 😎 pic.twitter.com/F3Qy6ytSxb

Once word got out, a huge crowd started to form outside the bar, desperately waiting to catch a glimpse of Joe, Kevin, and Nick.

Jonas Brothers sneaking out the back door? Nobody will notice! pic.twitter.com/2kSwDNJKsD

If you can’t get in to see the @jonasbrothers, you can at least crowd outside of @ChampsPennState. pic.twitter.com/LpjoB03gDz

So now the question is: where will the JoBros pop up next?