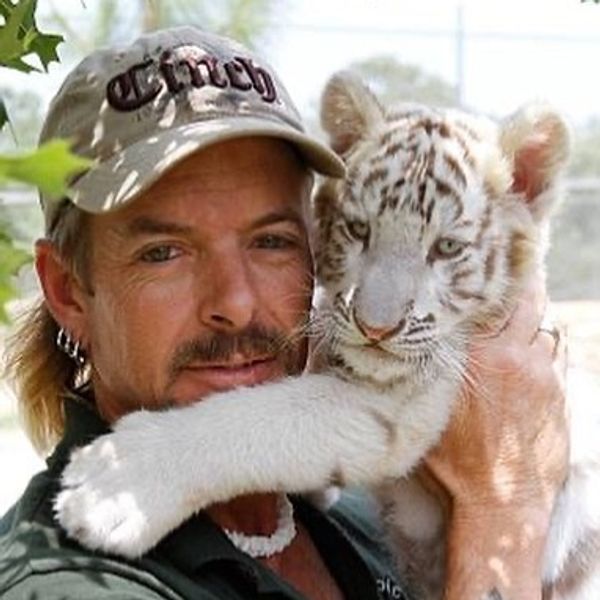 Like many other Netflix true crime series that have come out over the past few years — from The Keepers and Making a Murderer to Don't F**k With Cats and The Staircase — the newest hit Tiger King is renewing public interest in stories long-buried by the legal system and giving its subjects a whole new platform. In the case of Joe "Exotic" Maldonado-Passage, he wants the renewed public interest to help get him out of the big house.

Exotic, the star of the series and an inmate serving 22 years for a murder-for-hire scheme and violation of the Endangered Species Act, has filed a federal lawsuit challenging his conviction and sentencing from back in 2019. The former zookeeper is evidently taking notice of the massive success of the show and using the renewed press to take a stab at freedom. The lawsuit is taking aim at several parties whom Exotic feels culpable for a wrongful conviction, including current owner of the newly-named Greater Wynnewood Animal Park, Jeff Lowe, to the combined tune of $94 million.

The real kicker, however, isn't the ridiculous asking price of the suit. Exotic is also requesting that President Trump issue a pardon for all 21 counts he was convicted on. The entire statement to the press is available to read on his Facebook page, in which he claims that federal agencies — like the United States Fish and Wildlife Service — have overreached their power by prosecuting him for killing and selling tigers.

Exotic hasn't issued any new statements since the March 19 Facebook post, but the public is getting wind of it all quickly. The binge-worthy Tiger King has surely only fueled the fire he has to get the hell out of prison, but it's doubtful that anyone in the Trump Administration has A) watched the series and B) sides with the blonde-haired criminal. They might be a little busy with the whole pandemic thing going on at the moment, but only time will tell!