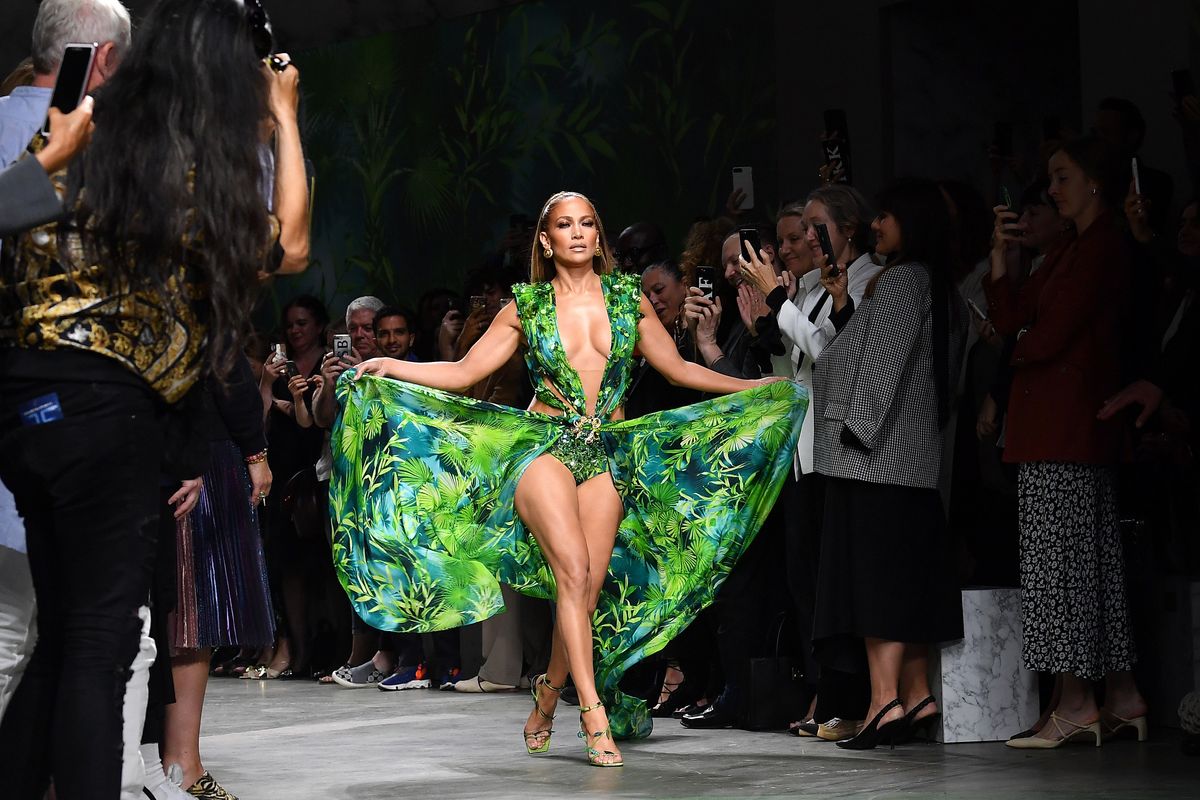 Versace has outdone itself once again. At the conclusion of its Spring 2020 show in Milan today, Jennifer Lopez emerged in THAT jungle print dress as she strutted the runway in quite possibly the fiercest walk we have ever seen. It's inspired by the same Versace dress that she wore to the Grammys in 2000 that literally was the reason Google Images was invented.

J. Lo brought everyone in the audience to their feet as she sashayed around the rotunda in one of the most iconic dresses of all time. The invitations to the show were printed with the same green jungle pattern, hinting at a possible Lopez cameo. We thought she might just make an appearance or sit on the front row, but we should all know by now that Donatella Versace always takes it one step further.

After Lopez made a lap around the venue, Donatella herself joined in and held hands with the Hustlers star, making for one of the most legendary show moments in fashion week HERstory. In fact, just before Lopez emerged, the walls of the venue were digitally programmed to show Lopez asking Google to show her images of the jungle print Versace dress. Afterwards she asked Google to show her the real dress in person, which is when Lopez appeared — and the crowd went nuts.