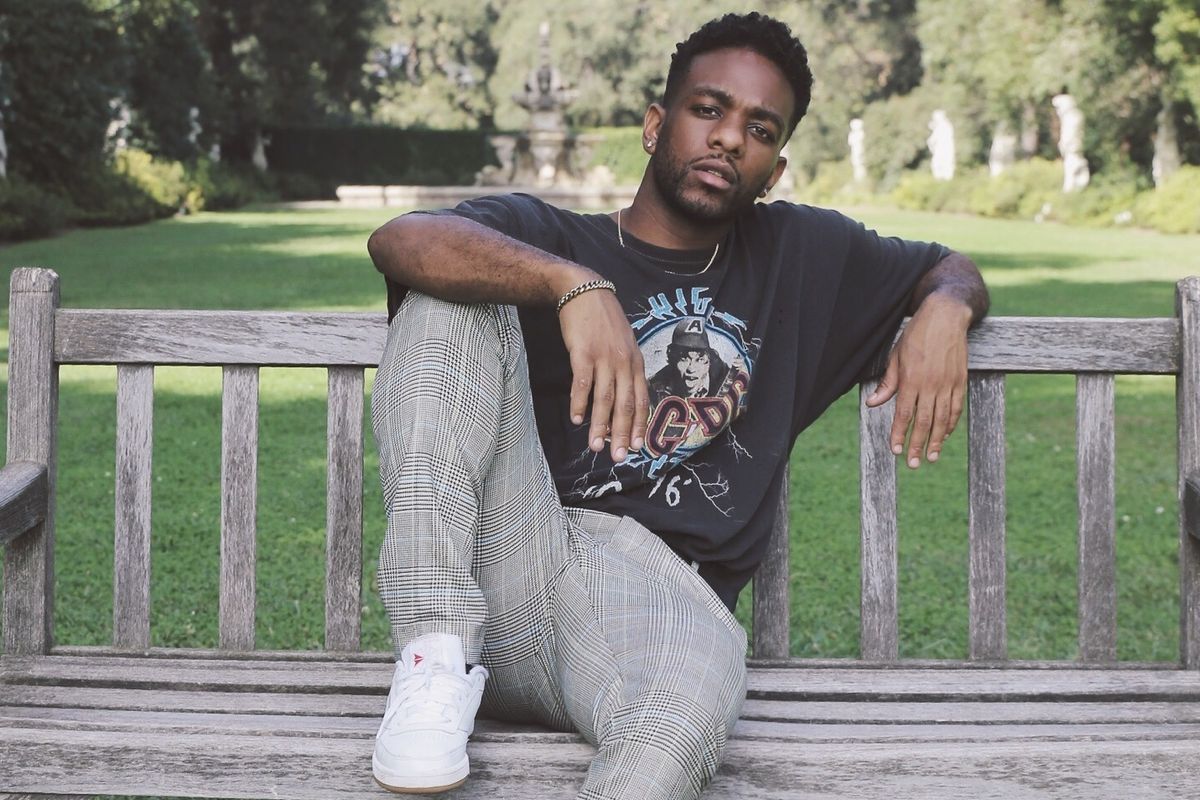 The Summer Might Be Over, But JAYLIEN's Party Never Stops

​In case you can't tell by the increasingly shorter days, and, depending on where you are, the chillier air, summer is, sadly, over.

But there's no reason to fear the atmospheric change when you have multi-faceted musicians like Jaylien — stylized: JAYLIEN — to sink your teeth into. (Not literally, of course; though, vampires do prefer colder weather.)

I digress! Jaylien, if you haven't heard of him, is the mononym of Jaylien Wesley, a Los Angeles based singer, songwriter, and producer, who originally hails from St. Louis. Before launching his debut EP, Summer's Over in 2016, the musician cut his teeth writing songs — the first being one of Akon's biggest early hits, "Beautiful." The runaway success of that song gave him the confidence to write songs for other industry hitmakers, including Chris Brown, Ty Dolla Sign, T.I, and legends like LL Cool J, Snoop Dogg, Britney Spears, Earth Wind & Fire, and more. And yes, you read that right: in 2013, Jaylien co-wrote for none other than Britney Spears — her monster hit with will.i.am, "Scream & Shout."

Writing for such big names didn't stump Jaylien's own artistic growth, however. "I never want to stop producing and writing for others because i get to step into someone else's world and become them for a second," he says. "It never gets old to me. Writing for others prepared me for writing for myself, because I mastered the art of telling others stories, but I can now tell my own."

Jaylien is a self-starter in every sense of the word, from the way he decided to write songs for others without waiting for a big break, to the fact that he writes, records, and produces his music on his own. (He also releases it on his BlessandSee imprint, a subsidiary of EMPIRE's vast distribution arm.) "It's been two long years, and a lot has changed in my life since releasing the first project," he tells PAPER. "I had zero fans, and was transitioning from full time record producer to artist. In doing so, I had to and still have to win a lot of people over."

His sound is distinctly rooted in R&B, but pulls from disparate influences, meaning that he's just as comfortable teasing out a groovy, radio pop-friendly melody as he is with more experimental sonic textures, as heard on previous cuts like "Pretty Woman."

Ahead of the release of his follow-up EP, Summer's Over, Pt. 2, out November 30, Jaylien premieres the title track exclusively with PAPER. Stream it below.

"I wanted to make a song that felt really good, something you could dance to but had a message that made you think. "Whatchu gon do now that the summer's over?'," he says of the track's inspiration. "It's a great conversation piece. You've partied all spring , you owned the summer, you lived for those summer nights. you've loosely dated , probably tried to be vegan because it's cool now but you love meat a lilttle too much, probably did a few things you're not too proud of but whatever...you're young. now the summer's gone.. it's getting cooler and you're home probably thinking, the year is almost done..what have I accomplished?"

The song itself is a total bop that feels right at home in the OVO wheelhouse for all you freaky Drake fans out there, but Jaylien's voice and message, like his approach to music-making, is all his own. And while we wait for his new 12-song project to drop, chances are we'll be seeing and hearing more from Jaylien very soon, and not necessarily just in the music world. Citing one of his idols, Quincy Jones, for his career-spanning creative versatility, Jaylien mentions upcoming collaborations ranging from NASA to Alexander Wang.

The summer might be over for the rest of us, but for Jaylien, his career feels sure to pick up even more steam.