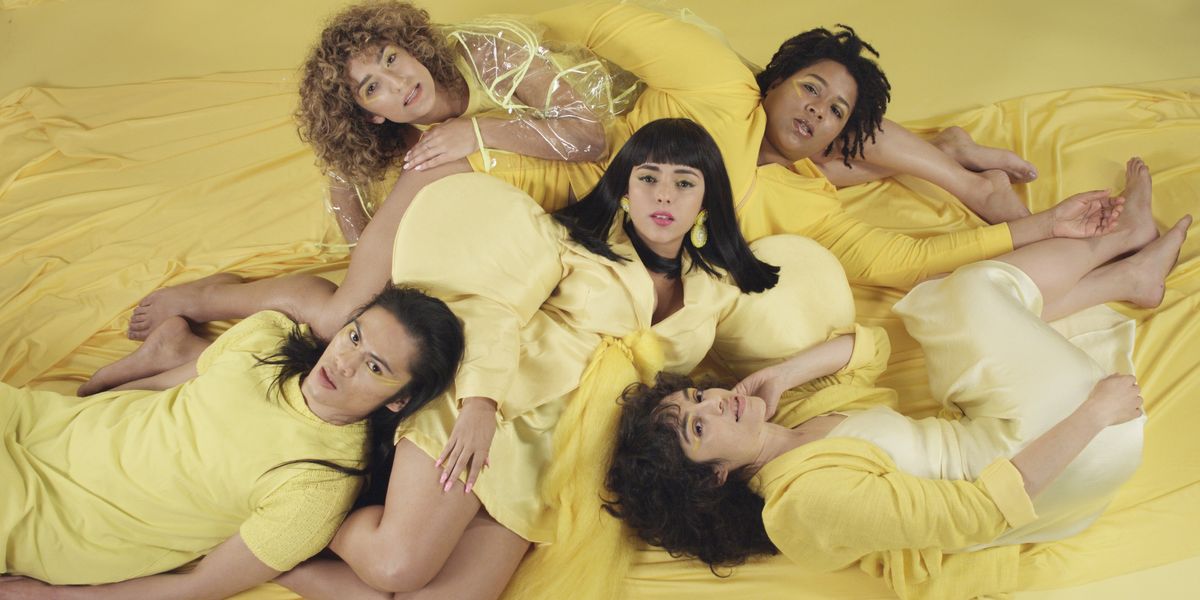 Jarina De Marco Is Taking a Stand Against Colorism

Musician Jarina De Marco, reigning queen of empowering bops, ignites a conversation about global colorism for her new single and video to "Identity Crisis," which premieres today on PAPER.

The song, produced by Nick Sylvester of Godmode, is an exercise of De Marco's penchant for infusing social messages into her colorful melodies and witty lyrics. The lyric "you came out looking like a blanquito/a" is a nod to De Marco's own experience navigating a pervasive "white is right" mentality that was rampant in her home country, the Dominican Republic, and recognizes how such a mentality affects people of color worldwide. De Marco says the song was born as a way to check exactly what colorism is and "how it has gone on unchecked in many parts of the world." The song will be on De Marco's upcoming debut EP, Malcriada.

Related | Jarina De Marco Will Not Hide Her 'Face'

In her own experience, De Marco says that as a light-skinned Dominican, she intersected with class and race, and found herself in a position of privilege. "Doors were open to me that others could not walk through," she says. "Later on, speaking to other people of color from across the globe, I found common themes that all trace back to colorism. Hair, skin shades, Greco-Roman beauty standards are all used to exclude or elevate individuals in mostly post-colonial societies."

The deceptively upbeat and bright video, directed by Latinx directors Myrna Perez and Veronica Leon and art directed by De Marco, brings these ideas to life in an accessible and often literal way. It pays homage to the photography of De Marco's longtime collaborator and friend Elise Mesner by recreating her plant in rollers and fruit play compositions.

Playing this out are people lining up in order to get their natural hair textures flat-ironed on an ironing board. In another scene, De Marco stands surrounded my mirrors pointed at her but held up by others, as if to suggest that how people see themselves are nearly always influenced by how others view them. Flower petals have white paint thrown on them, as if to say that what was already natural is, in some way, tarnished by the prevalence of white supremacy.

To fit into that "white is right" modality, practices such as skin bleaching exist in places like the Americas, Africa and Asia. For De Marco, this is "one of the most alarming symptoms" of colorism.

"The message of 'Identity Crisis' is of great importance to me, De Marco says. "Its intention is to start a dialogue with each other and help usher in a world where we can achieve a higher understanding of self acceptance and ultimately self love."

"As a woman of color with a multicultural background, this mini-doc we created together was really important to me," Jarman says. "It's crucial that we start talking about the toxic and global issue of colorism as it exists in practically every culture. In order to dismantle these deep rooted and problematic issues based on white, colonial and patriarchal systems, we have to start talking about them and confronting them and asking why we still perpetuate them. That's what's amazing about Jarina. She understands her power as an artist and influencer and uses that power to shed light on these kinds of insidious and toxic aspects of society." Watch, below.