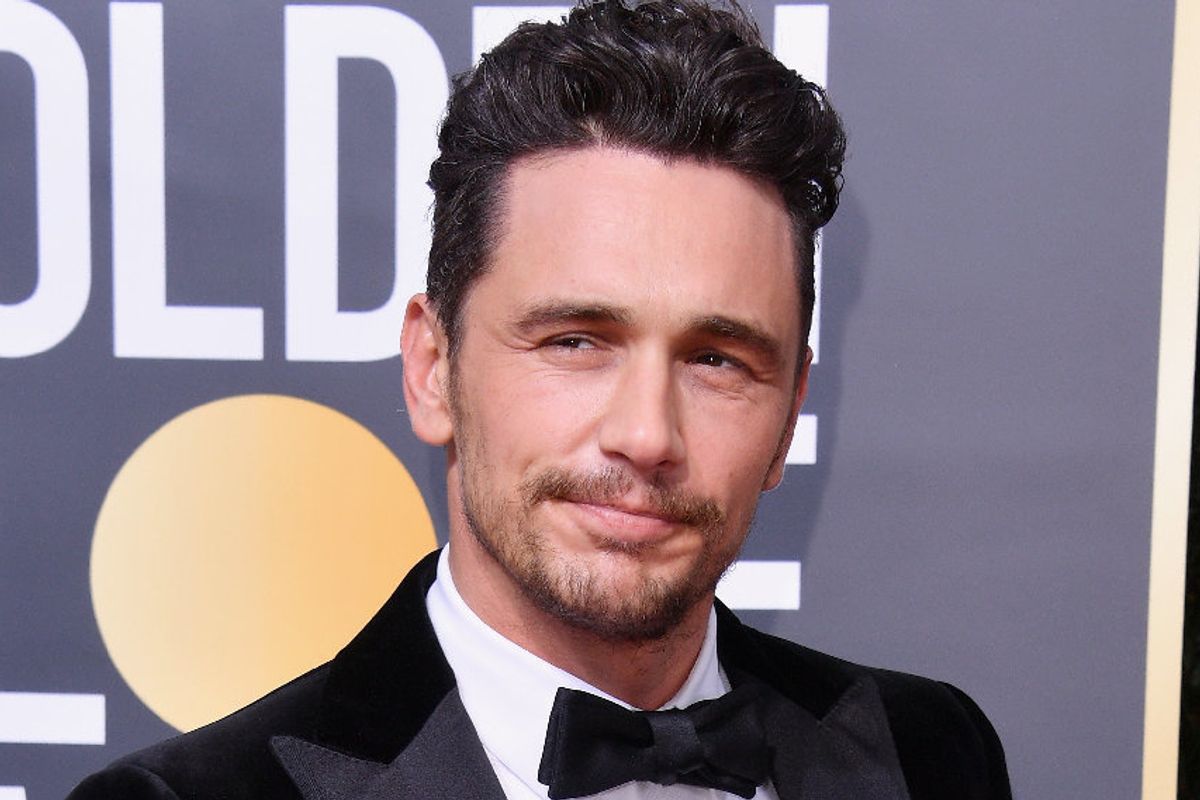 In a twist few might have seen coming, movie star and Hollywood golden boy James Franco has now been accused of sexual misconduct by five women — hot off the heels of his Golden Globes victory for best actor in his underdog tale, The Disaster Artist.

After the actor wore a Time's Up pin during the ceremony, standing in solidarity with women who had been grossly mistreated by superiors and colleagues, women began to share their experiences with Franco on what has proved the most effective whisper network of them all: Twitter.

Now the Los Angeles Times has published a report on five of Franco's accusers, four of which were students at Franco's acting schools, Studio 4 and Playhouse West, and one was his mentee. Franco's lawyer denied all the women's allegations, though Tither-Kaplan claimed that Franco had reached out in the wake of Weinstein at the end of last year, to apologize for making her feel uncomfortable.

"I want to give him credit for at least being open to communicating with me," she said. "I felt that he was still not really taking accountability for the environment on the sets."

Two other actresses have come forward, Hilary Dusome and Natalie Chmiel, who remembered that Franco grew angry when the actresses on set refused comply with his request to take off their shirts. Chmiel believed the footage would be used for a jeans commercial, whereas Dusome was told she was performing for one of Franco's "art films." Finally, actress and Franco student Katie Ryan revealed Franco sent her many mass emails regarding the role of a "prostitute or a hooker." She told the Times that Franco "would always make everybody think there were possible roles on the table if we were to perform sexual acts or take off our shirts."

The most harrowing of all the claims was, of course, that of Violet Paley, who told the publication she "didn't want [Franco] to hate her," and so performed oral sex on the director, after which the pair engaged in a consensual sexual relationship.

"I was talking to him, all of a sudden his penis was out," said Paley. "I got really nervous, and I said, 'Can we do this later?' He was kind of nudging my head down, and I just didn't want him to hate me, so I did it." She claims Franco also offered her a post-Weinstein apology.

Franco responded to the allegations on The Late Show With Stephen Colbert, telling Colbert the women's accounts were inaccurate, however he "supports" them coming forward:

The things that I've heard that were on Twitter are not accurate, but I completely support people coming out and being able to have a voice, because they didn't have a voice for so long. I don't want to shut them down in any way. I think it's a good thing and I support it.

There's no question that Franco has been problematic for quite some time, especially after his penchant for young girls was revealed via a Scottish teen, Lucy Clode, in 2014. Clode was 17-years-old after when the actor propositioned her, after attending a Franco-starring performance of Of Mice and Men.

And another one bites the dust.