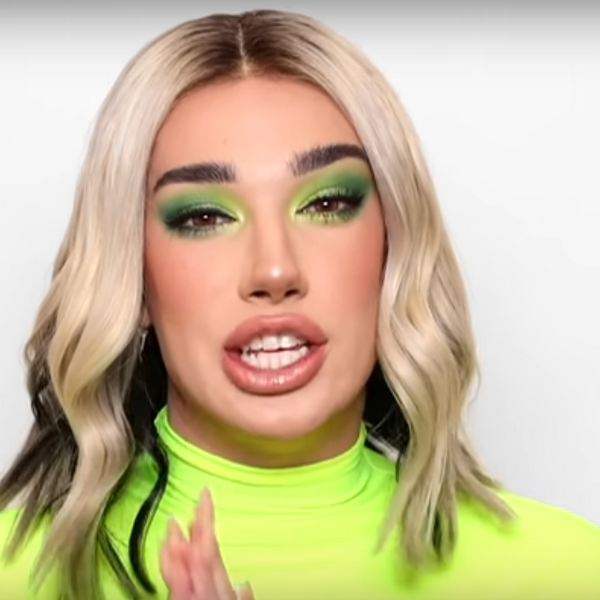 In a recent video, James Charles addressed what many fans have been wondering for a long time: is Charles actually Dua Lipa? The resemblance between the beauty influencer and the pop star has been a popular topic in memes, tweets and articles.

After a quick comparison of their singing voices, the influencer puts the rumors to rest, before transforming himself into his celebrity doppelganger. "We have seen a lot of Dua Lipa's iconic musical moments and we've also seen some of my less iconic musical moments so I think it is safe to say I am, unfortunately, not Dua Lipa," Charles says.

Charles starts the video wearing dark contacts and a green turtleneck to mimic Dua's style. He then goes on to apply face tape, which is strikingly similar to Dua's facial structure. Once Charles perfects the face tape, he moves on to the actual makeup application.

After studying Dua's style on Instagram, noting that she prefers bright colors on the eyes and a fairly even base, Charles attempts to emulate a makeup style that is unlike his own. He uses bronzer to contour the sides of his face and his nose, in order to better replicate Dua's face shape. After some highlight and blush, Charles moves on to the singer's signature full eyebrows, utilizing brow gel and marker to achieve the look. The final steps of the transformation include recreating green eyeshadow look seen on the singer, applying a light nude lipstick and laying a blonde wig. What's a good pop star transformation without a wig?

By the video's end, Charles is "shocked" at the outcome of the transformation. But his fans are really the ones gagging. Personally, we see Dua Lipa impersonation tours in Charles' future. You never know when the pop star might need a temporary stand-in.