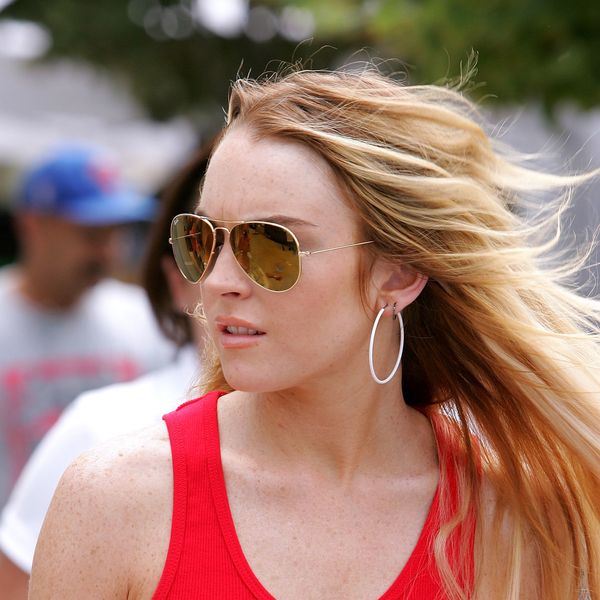 Instagram and Facebook went down for nearly 24 hours yesterday, leaving the Internet in shambles. Apocalyptic visions of a grid-less world flashed before our eyes. Influencers started job-hunting. Millennials went outside, but mostly everyone just went on Twitter: especially celebrities (part of the reason lots of us go on Instagram in the first place). The world's been restored to order, but some people took the blackout harder than others.

Lindsay Lohan asked to speak with the manager.

Cardi was cheerful, but blamed Trump (she's not wrong that the blackout directed the scrolling masses to Twitter, his favorite medium).

Some thought they were very clever, including David Spade, George Takei and Josh Peck — the latter of which revealed pessimistic view on social media.

Instead of JFK getting shot, kids today will rememeber where they were when instagram went down
— David Spade (@David Spade)1552547074.0

It’s the 30th anniversary of the World Wide Web, and Facebook and Instagram are down. Happy anniversary.
— George Takei (@George Takei)1552526049.0

With Facebook and Instagram down, there’s already been numerous reports of excessive happiness across the country.
— Josh Peck (@Josh Peck)1552512492.0

With Facebook and Instagram down, millennials are reporting strange new feeling of not missing out.
— Josh Peck (@Josh Peck)1552512622.0

With Facebook and Instagram down, Borders and Barnes and Noble have just reopened all their stores.
— Josh Peck (@Josh Peck)1552512954.0

Soulja Boy, lived by his immortal philosophy ("In this world you either crank that soulja boy or it cranks you") — took the crash as an opportunity to try his hand in the tech world.

Alexandria Ocasio-Cortez missed her plans to broadcast her quest to furnish her new DC apartment (which yes, I would have tuned in for) but instead requested decorating advice.

Some embraced Twitter for the first time, in the hopes of keeping engagement up.

Donald J. Trump somehow connected the dots between the Instagram blackout, and taking shots at feminists via bad memes.

Instagram is down so let’s have some fun with pictures here. Love the concept for the new Marvel movie. Thoughts? https://t.co/XshBVvNOPT
— Donald Trump Jr. (@Donald Trump Jr.)1552531486.0

Instagram being broken feels like when Nickelodeon would stop playing cartoons to make us go outside n play
— Brother Nature (@Brother Nature)1552526767.0

Instagrammers logging back into their twitter they haven’t used in months #instagramdown #instagramnotworking https://t.co/2Hj8lrSwhJ
— Mal 🗿 (@Mal 🗿)1552558752.0