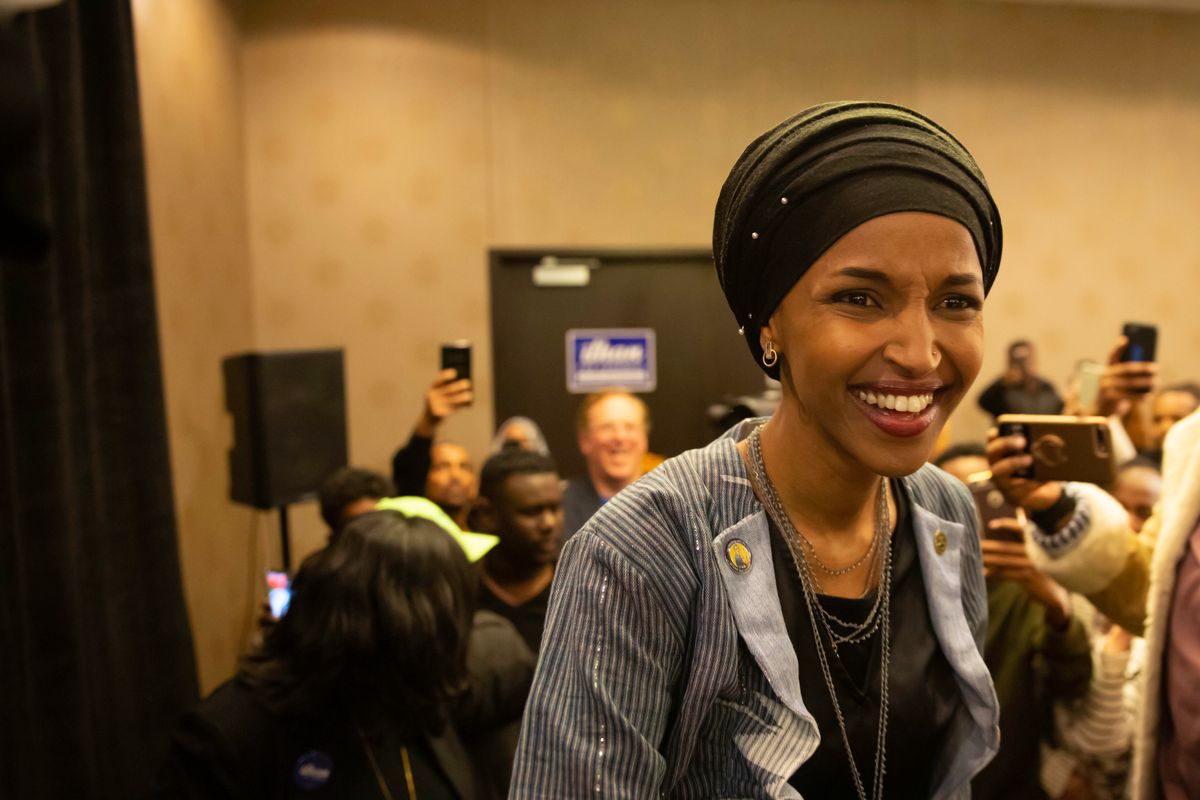 Last year, Minnesota Democrat Ilhan Omar made history as one of two — the other being Michigan Democrat Rashida Tlaib — of the first Muslim women elected to Congress.

The congresswoman-elect make history again today, as she will become the first to wear the hijab in Congress at the start of the new session. In doing so, Omar also helps end a rule that has been around for more than 200 years, barring hats or head coverings from being worn on the floor. (It literally states that speakers must be "uncovered" when addressing the Congress floor).

Omar is part of a wave of Democrats voted in during last year's primaries to assume control of the House of Representatives for the first time since 2010, and is also among the 55 members of the Congressional Black Caucus being sworn in today — the largest in American history.

Omar, a Somali-American, has spoken publicly about her experienced as a refugee in Kenya. As she prepares for her new role in office, Omar tweeted about how far she's come:

The headwear rules were established in 1837 by Congress members who wanted to challenge the British Parliament's custom of wearing toppers. But in 2018, such a ruling presents an inherent legal contradiction: the First Amendment guarantees freedom of religious expression.

When she was elected, Omar spoke out against the hats ban, saying, "No one puts a scarf on my head but me. It's my choice — one protected by the first amendment," she tweeted. "And this is not the last ban I'm going to work to lift." She co-authored the amendment to the ban, allowing for people needing to wear hats for religious or medical reasons to do so, along with House Democratic leader Nancy Pelosi of California and Rep. Jim McGovern (D-Mass).

A record number of women assume office in DC today, including New Yorker Alexandria Ocasio-Cortez, who, at age 29, is the youngest woman to serve in Congress.