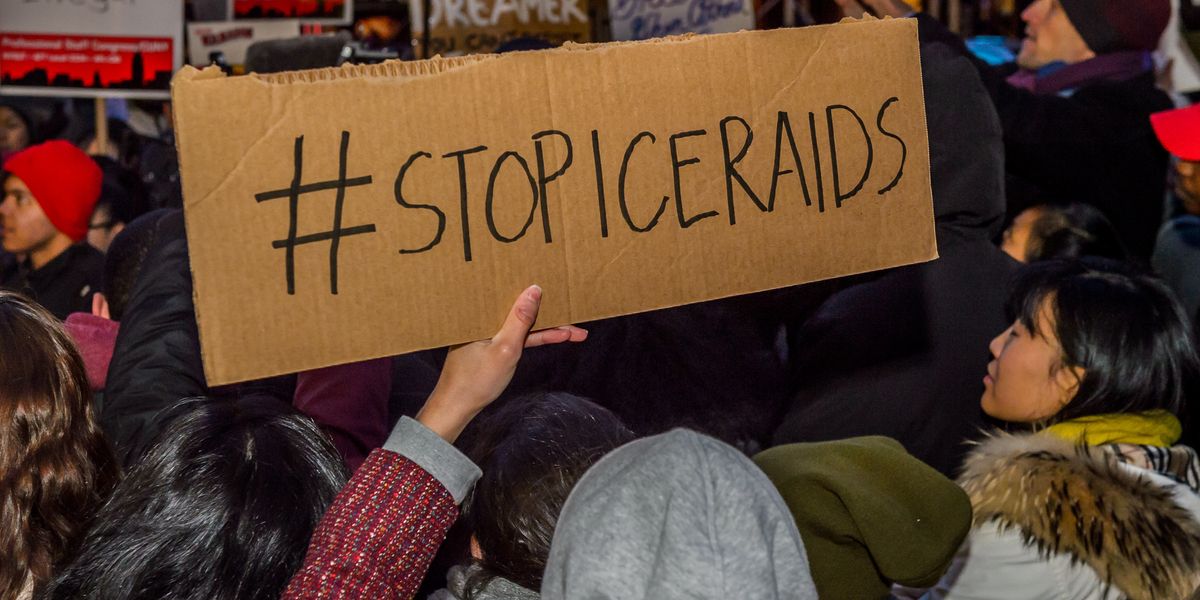 More Than 600 People Have Been Arrested in Mississippi ICE Raids

Yesterday, the Trump administration carried out the largest ICE raids since Trump took office, and what federal officials say may be the largest worksite round-up in a single state ever, reports the New York Times.

More than 600 ICE agents carried out a coordinated sting across several food-processing plants in Mississippi, resulting in the arrest of approximately 680 immigrants believed to be without documentation. The raids were centered around the cities of Jackson and Canton. Workers were largely accosted at poultry plants — an industry that has long relied on immigrant labor — owned by two of the largest poultry producers in the country, Koch Foods Inc. and Peco Foods Inc.

Federal officers arrived at the factories with warrants, according to Lindsay Williams, a spokesman for ICE, told New York Times, issued by the United States Attorney's Office for the Southern District of Mississippi.

Mike Hurst, an attorney for the Office for the Southern District of Mississippi, praised the raids, according to CNN: "Today, through the hard work of these men and women, we are once again becoming a nation of laws."

Arrested workers were bussed to a National Guard base nearby, where they were reportedly interviewed about their immigration status.

The raids took place on the first day of school for local school districts, meaning many of the arrested workers' children returned home to no parents, reports CNN. Local TV station WJV visited a gym in Forest, Mississippi where community leaders have taken children to provide care and donated meals. Studies have proven that separating parents from children in this manner, has a host of devastating, lifelong consequences, including toxic stress, mental illnesses, attachment difficulty, substance abuse, and other problems.

ICE has said some parents will be released with GPS ankle monitors, while school liaisons are being deployed to help "find placement" for children of detained parents, reports CNN.

Raids of this scale haven't occurred since the Bush administration, reports the New York Times, when hundreds were arrested at meat-packing plants in 2007 and 2008.

"Today's raids are part of the ongoing war against immigrant families and the communities in which they live," writes Julia Solórzano of the Southern Poverty Law Center in a statement. "What's more, today's raids needlessly ripped parents from their children during the first week of school."

"It is especially sickening that days after immigrants were targeted by a gunman in El Paso, Texas, workers at plants across Mississippi witnessed armed agents descending on their workplace," continues the organization's statement.

Solórzano also points out: "immigration agencies that have repeatedly blamed 'overcapacity' detention facilities for the horrific treatment of those imprisoned nevertheless detained more than 600 people today."

A panic over potential mass raid plans circulated in in mid-July, which the Trump administration appeared to call off after the immigrant advocacy community was put on high alert. Now, it's clear the current administration possesses the will and resources to do as much damage to migrant families as they've promised.

You can help stop deportations in your community by calling your congressperson and ICE's national line (888-907-6635) to demand the raids stop.

The Immigrant Defense Project also has extensive resources for immigrants about ICE raids, about who's at risk, what to say during encounters with ICE, common ruses used by ICE agents use and how to prepare for a home raid.