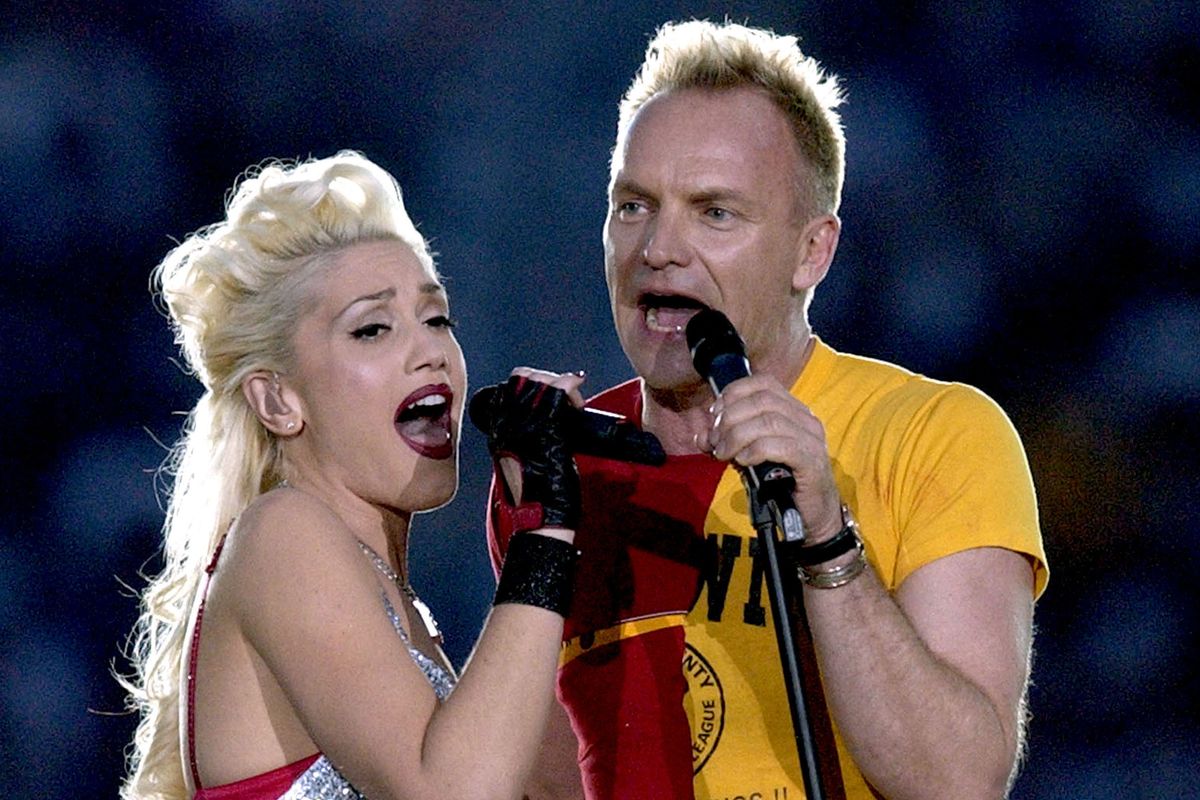 Blasting out of the over-ear headphones of Gwen Stefani's Walkman in the '80s was more than likely The Police. "Every Breath You Take" was "everywhere that summer," she later recalled. She was, according to a 2004 Rolling Stone interview, "a strict ska girl until I met Tony [Kanal]," her No Doubt bandmate and one-time boyfriend. He introduced her to an abundance of important musicians like Debbie Deb, Depeche Mode, the Cure and Prince. But on her own, she had always had a soft spot for The Police. And more specifically, the band's lead singer, Sting.

"I was in eighth grade, about 13 years old when I first heard The Police in my older brother's bedroom," she said at the band's Rock and Roll Hall of Fame induction ceremony in 2003. "The Police was the first concert I went to."

She then launched into an anecdote of her first ever meeting with the "Shape of My Heart" singer. "Because my dad worked for Yamaha motorcycles, he got us backstage passes. Yamaha was doing a special promotion for The Police, and they were shooting this poster. And even as a 13-year-old kid, I was aware of the band's reputation for fighting, and that Sting was a little bit scary. All of a sudden Sting takes off on one of the motorcycles and my dad's like, 'Hurry up! You gotta go get his autograph.' I'm terrified, but I run after him. I was this little chubby 13-year-old girl from the suburbs of Orange County. I was in love with him."

The newly pubescent teen secured the coveted signature, but at a price. In a 2005 interview with Marie Claire, Stefani admitted that the encounter was memorable, if only because her idol was kind of a jerk. "He was really mean. But I still loved him," she remembered.

Stefani elaborated on how the Brit rocker treated her when she inducted them into the Hall of Fame in '03, showing the photo of her handing a poster for an autograph to Sting, perched on a Yamaha XS 1.1, to the audience. "He wasn't even looking at me! He was totally grumpy. He didn't want to sign my poster, but he didn't blow me off too bad."

Lucky for her, Sting had a chance to course correct when they reunited for a performance together at the 2003 Super Bowl after a performance by Shania Twain, of all people. No Doubt executed a fireworks-display with a rendition of "Message In A Bottle" with Sting. "When I met Sting years later, I told him that story, and he was like, 'Oh man, I was such a dick back then,'" she continued. "But he's such a great guy."