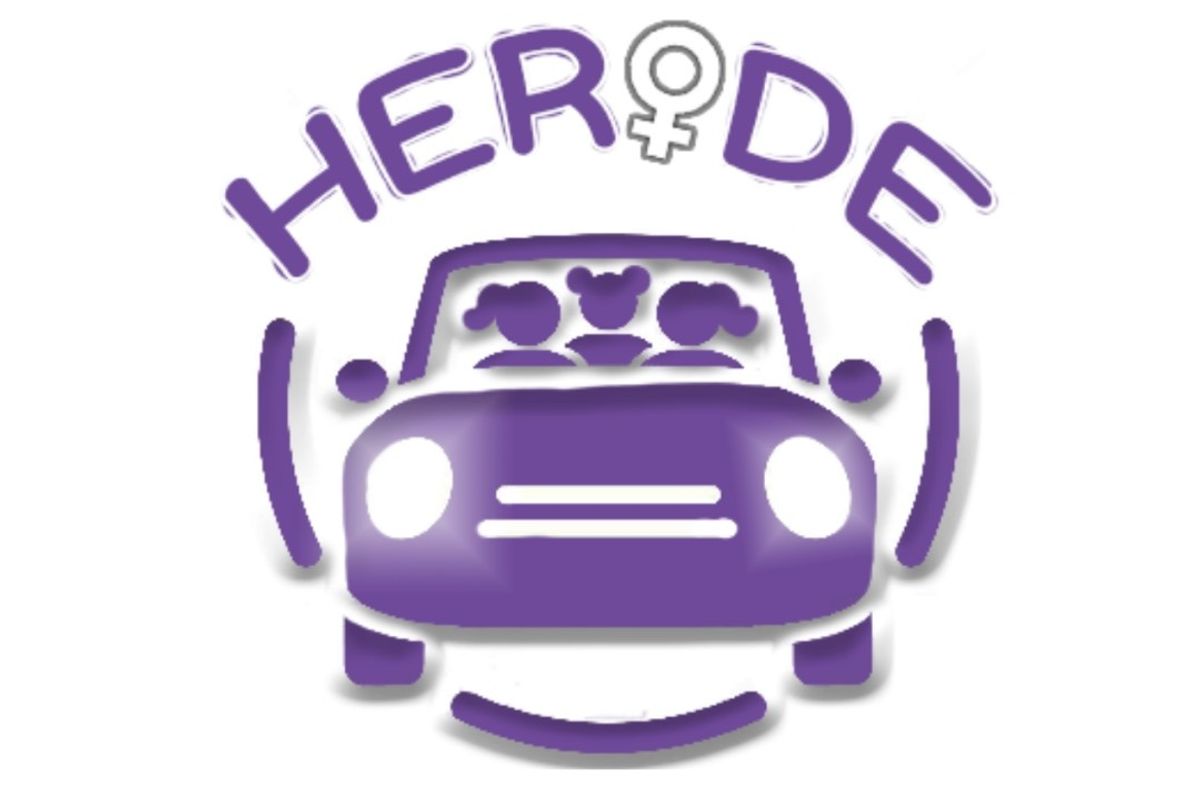 This Rideshare App Is the Only One Really Prioritizing Women's Safety

If you're a woman, you're undoubtedly familiar with sexual harassment and assault, as well as the way it extends to every facet of our lives. The unfortunate reality of the situation is that sometimes just trying to get from point A to B can be a traumatic experience. However, when it comes to finding safe transportation, a new rideshare app is trying to mitigate these issues while providing a resource-laden safe haven for women — and, needless to say, it's long overdue.

Last week, HERide went viral on Twitter thanks to its women-friendly platform, which founder Kiersten Harris said works just like other rideshare apps. The big difference though is that it centers the wellbeing of women and members of the LGBTQIA+ community — as both riders and drivers — all while committing itself to partnerships with sex trafficking, domestic violence and job placement organizations.

With the slogan "Choose to be unbothered," HERide features everything from discrete safety call buttons and customer transparency initiatives to 24/7 support staff who have experience with empathy training. After all, for Harris, it was her own sexual assault that spurred her to create a product that would allow other women feel safe while on-the-go.

"I try to not let things tear me down, so I turned it into a learning opportunity and asked, 'How I can help more people?'" she told PAPER. "So a lot of parts of the app have to do with a lot of these things that no one is speaking on."

While HERide's main purpose may be transporting women, it's also meant to be a platform aiding and empowering sexual assault and domestic violence survivors. All driver backgrounds and credentials are rigorously screened by hand — a process that other rideshare apps carry out through an automated online system called Checkr, which Harris said is "the one that everyone is able to slide through."

"We're adamant on the security of app and customer safety," she said, before explaining that HERide's CCO used to be an Uber driver and was able to see the flaws in their system firsthand. "She met a lot of drivers who were able to put any name on the platform, and so she made sure that the security process of getting drivers [meant that the people] on our platform are actually them."

By the same token, Harris also wants people to know that their emphasis on safety extends to drivers — who also face the risk of being sexually assaulted by riders — and that the company plans to regularly host mandatory training sessions that will cover everything from self-protection to how to spot potential victims of sex trafficking.

"I don't think any other app has this, but if you think about every other company in the world, they have mandatory training," she said. "So, we are offering this, because we feel like we want our drivers to feel equipped to handle anything. It's not just about spotting someone, it's about protecting yourself too, because drivers are also going missing. Our safety is on both ends."

HERide is also in the process of solidifying partnerships with several different organizations that support survivors of sexual assault and domestic violence. Whether it's offering them rides from safe houses, driving them to support meetings or offering them jobs as drivers, the goal is "to provide for people who are trying to get back on their feet."

They are also currently working on creating different resources and educational opportunities for survivors — not to mention the men crying "discrimination" and pushing back against it online.

"The conversation [at large] hasn't happened, because it's an uncomfortable one for men. They aren't comfortable talking about rape or assault, because there's a sense of accountability," she said, before explaining that while they're "not trying to put any blame," it's something that makes them want to "focus on the education aspect" of things.

"Even though men are [also victims of sexual assault and sex trafficking], a lot of them brush it off and are in denial, so we also want to create an opportunity about how it's okay to talk about certain topics," Harris continued. "A lot of men will think it makes them look weak, but we want to create the conversation where it's not weak to talk about sexual assault. It's an open conversation."

Granted, the vast majority of online responses has been overwhelmingly positive, even though there are still a couple of logistical things to work through before riders can start actually requesting rides. This includes reaching their driver database quota and working with LGBTQIA+ organizations to ensure that the app is inclusive for both riders and drivers.

And though it's currently just in the Atlanta area (something Harris also said was important, as Hartsfield-Jackson Atlanta International Airport is a hub for sex trafficking), she's hoping that HERide will be able to roll out into different cities post-pandemic. But while you wait for HERide to come to your city, you can check out the app via their website, here.