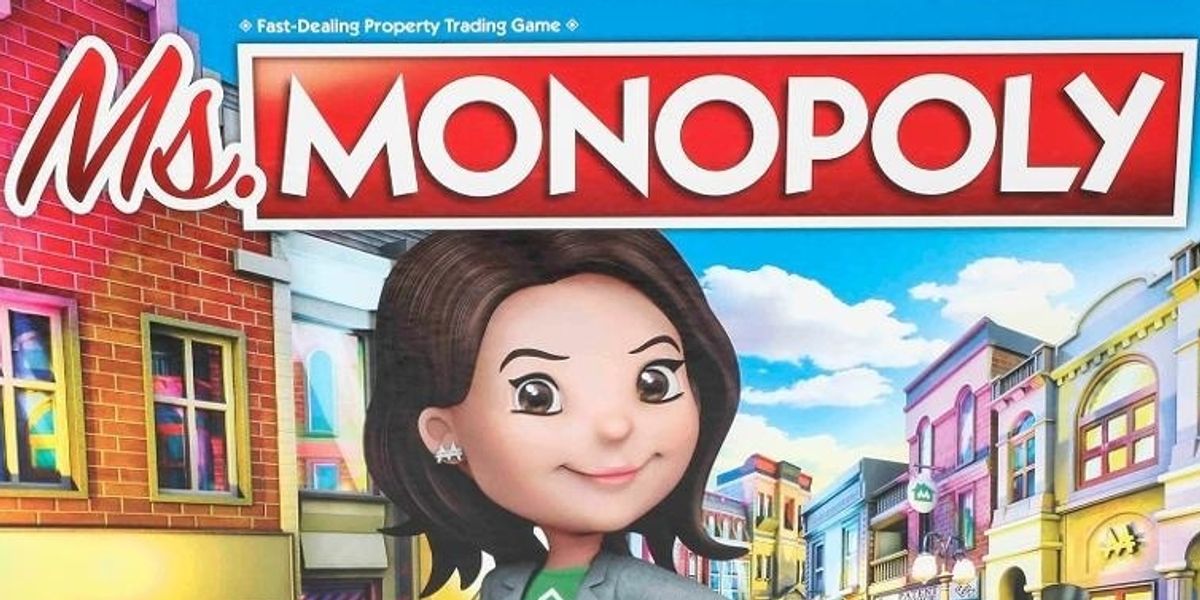 If anybody's still reeling from the release of Monopoly Socialism, which — essentially a gag gift — was criticized for being a partisan parody, you'll choke when you hear about Hasbro's newest game: Ms. Monopoly.

Ms. Monopoly's goal is to make a statement about the gender pay gap and celebrate female trailblazers. The company has altered the Monopoly rules, by making it so that women earn more than men. Female players receive $400 more at the game's outset than male players, and every time women pass Go, they collect $240, whereas men only see the usual $200. Other changes include swapping out real estate properties for inventions made by women, such as bulletproof vests and ladies' modern shapewear. The usual railroads are also updated to be ride shares, and "water works" has been replaced with Wi-Fi.

The reactions are about what you'd expect, with outrage coming from a few different online camps. Obviously, the usual suspects are complaining that the game is sexist against men.

Others are pointing out that Monopoly itself is an invention stolen from a woman, Elizabeth Magpie.

I mean, we all know Monopoly was stolen from Elizabeth Magie’s The Landlord‘s Game, so from my academic standpoint-… https://t.co/uJG9p5bE7X
— Holly Nielsen (@Holly Nielsen)1568127147.0

Another faction is simply skeptical of what Ms. Monopoly is hoping to achieve, given that the game fundamentally celebrates profit-driven capitalism.

Of course, Ms. Monopoly is part of a long tradition of corporations using social activism to push products. But Ms. Monopoly feels particularly distasteful, since Hasbro has an ugly record of how it treats the workers who manufacture the physical Monopoly game and other toys. A 2018 report issued by NGO's titled "A Nightmare for Workers," details an investigation into the working conditions of four factories that produce items for well-known American toy companies and retailers, including Hasbro. The workers are poorly paid, forced to work overtime, and often work in unsafe conditions. The kicker of all of this is that most of the workers in these toy factories in East Asia are female.

If Hasbro really wanted to tackle gender inequality, a great place to start might be paying their majority-female workforce at factories a fair wage and providing them safe working conditions. Full stop, do not pass Go, do not collect $200.