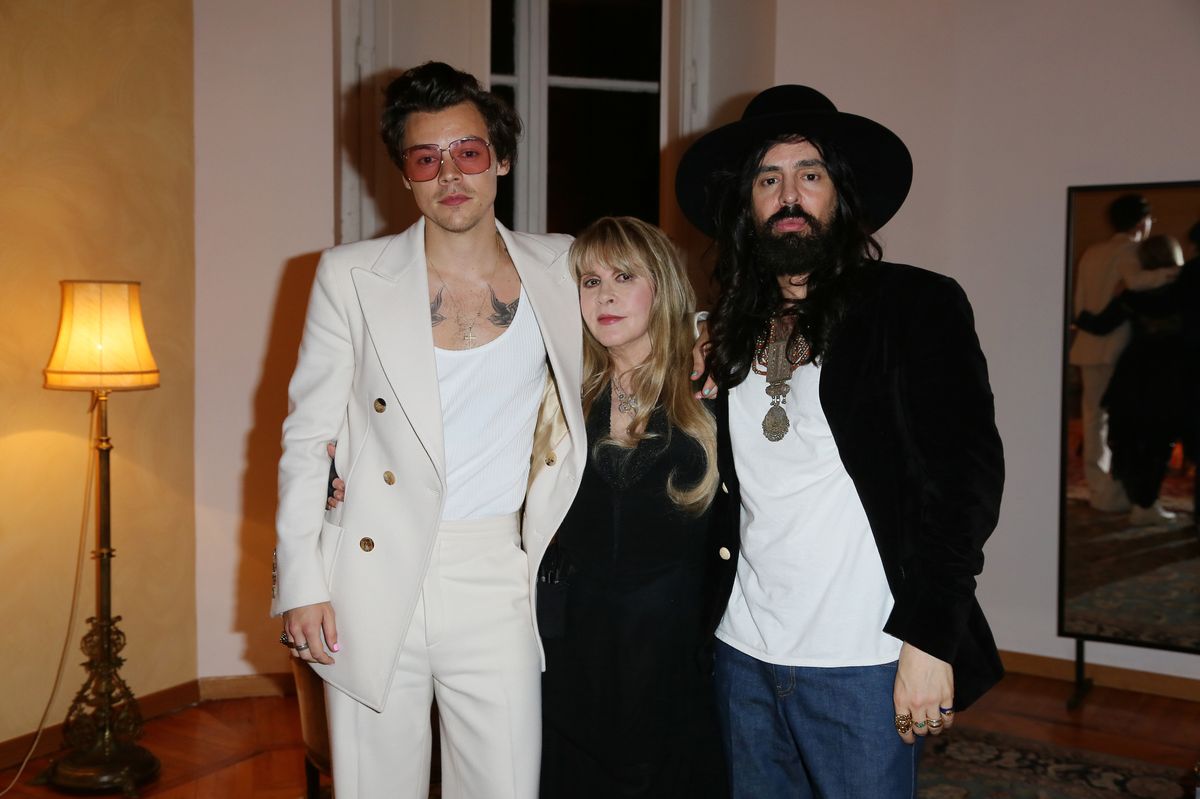 Harry Styles Is the Face of the New Gucci Fragrance Campaign

The Gucci Cruise 2020 show was a huge hit, mostly because of the incredible clothes but in part because of a surprise performance by the brand's poster child Harry Styles and icon Stevie Nicks. The two even performed Fleetwood Mac's "Landslide" at a celebration for the brand's new "universal fragrance," Gucci Mémoire d'une Odeur.

Shot by Glen Luchford, Michele has imagined the campaign and the fragrance as "an exploration of the power of memories," which is "inclusive, genderless, and ageless" reflecting the spirit of the perfume.

An exclusive Gucci Mémoire d'une Odeur filter will be available on the Gucci App as well as dedicated GIFs inspired by the campaign on Instagram to accompany the campaign launch due in August.

"Today marks the announcement of a new fragrance and its faces,Gucci Mémoire d'une Odeur. Alessandro Michele's contemporary vision of a universal scent transcends gender and time," the brand said in a press release.