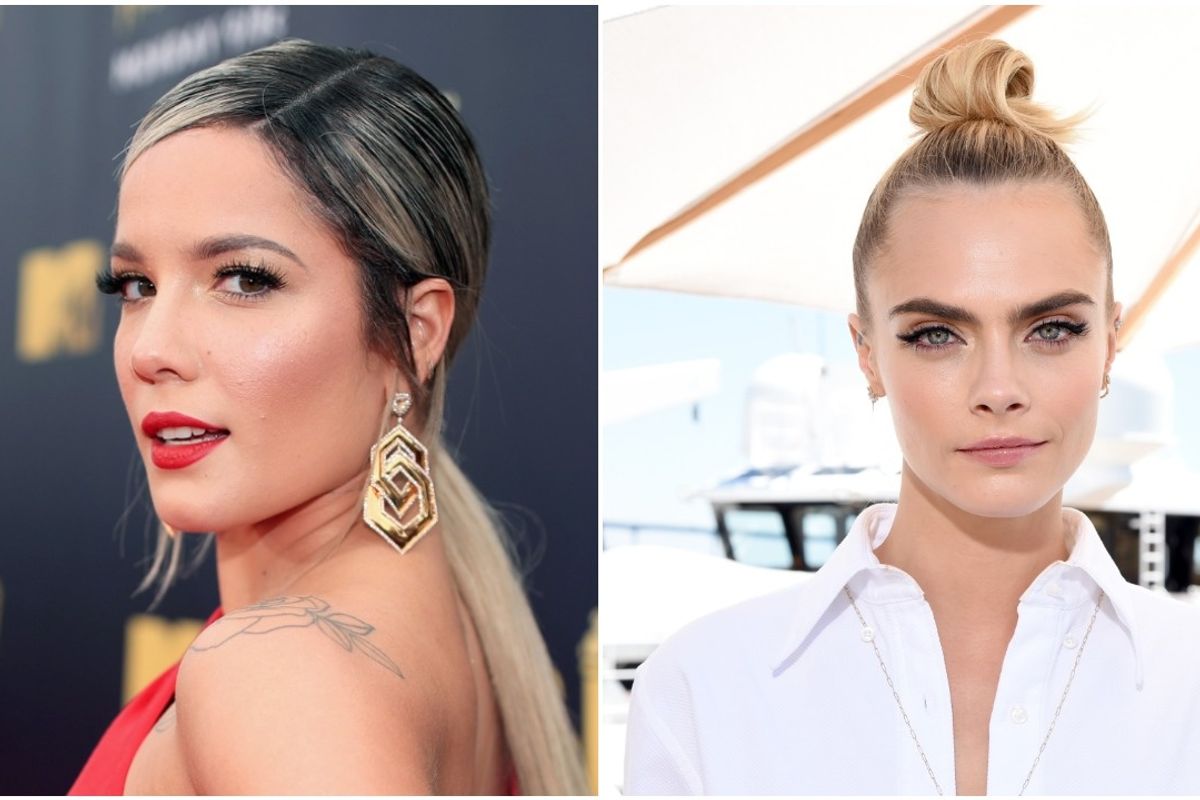 That's right, according to a source speaking to The Sun, "Cara has been hooking up with Halsey in the last few weeks and they've been having a laugh together."

"It's all very casual and just a bit of fun," the insider also alleged. "Neither of them are particularly keen to be tied down and they're fine about seeing other people."

Granted, they went on to reiterate that the relationship is still pretty low-key, as "they've both been very open about their sexuality and just want to enjoy themselves so they're both on the same wavelength."

And though two have been friends for a while now — with Cara notably appearing in Halsey's music video for "Nightmare" — the source explained that quarantining in L.A. has finally "given them a chance to see each other."

"They're usually so busy and flying around the world," they said, before adding that, "Cara has kissed her in front of friends and stuff. It's not a big deal for either of them."

However, the part that's really sent fans into a frenzy is the fact that this latest rumor comes on the heels of a quarantine romance between Cara and Halsey's respective exes, Ashley Benson and G-Eazy. But according to The Sun's report, the situation is "actually just funny to them... and there's no hard feelings."

Neither Halsey nor Cara have commented on the report. In the meantime though, you can see what people are saying about the rumor (and partner switcheroo), below.

WAIT WHAT– CARA AND HALSEY ARE DATING?!?!

wait so ur telling me ashley is now with g eazy and cara is with halsey? did they just... switch?