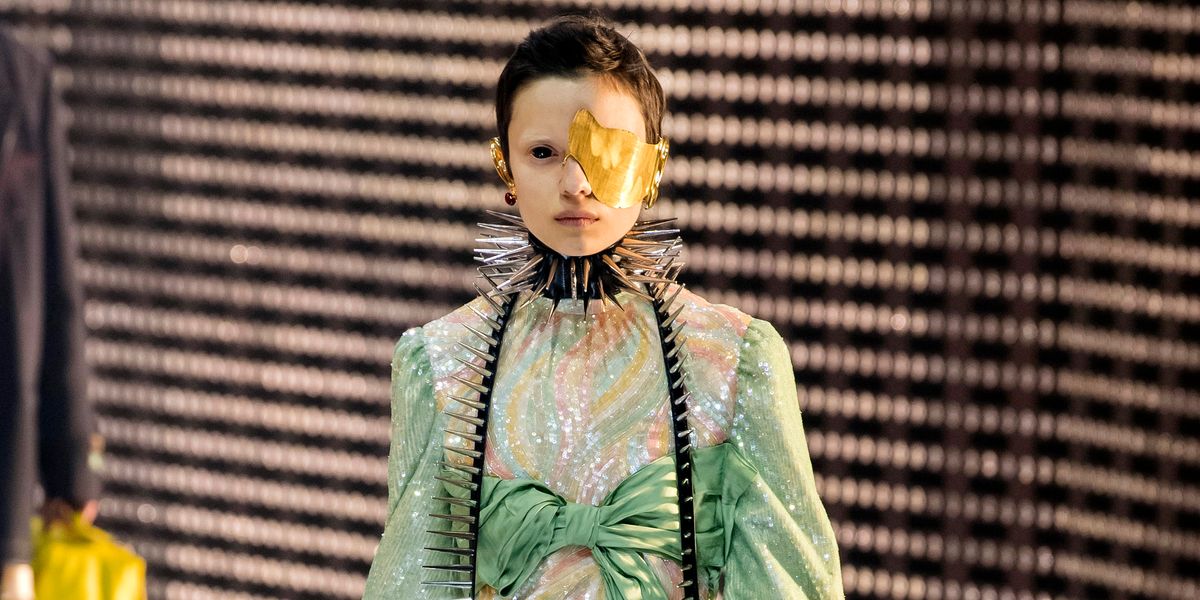 Ahead of their upcoming Spring 2020 presentation during Milan Fashion Week, Gucci has added its name to the growing list of fashion brands intent on reducing its carbon footprint.

In a new interview with The New York Times, Gucci President and CEO Marco Bizzarri confirmed that all elements of its newest show will be carbon neutral on several levels. This change will also affect the label's supply chain, which will be made carbon neutral before the end of September. The supply chain accounts for more than 90% of Gucci's carbon emissions.

"A new era of corporate accountability is upon us and we need to be diligent in taking all steps to mitigate our impacts, including being transparent and responsible for our GHG emissions across our supply chains," Bizzarri said in a press statement. "Gucci will continue to work in a smart and strategic way to avoid and reduce our impacts, while simultaneously investing in innovation as a driver for sustainability."

Methods for going carbon neutral include ensuring set construction and invitations for the spring show will be made using recycled wood and paper certified by the Forest Stewardship Council. Travel emissions for an estimated 1,000 guests and 900 employees, from models to production staffers, will also be reduced through a practice called offsetting, which enables companies to neutralize their carbon use by investing in other sustainable projects.

They went fur-free in 2018, but Gucci also will "maximize recycling technologies and approaches," which involves switching to recycled plastics as an additional complement to their 2015 ban on PVC. Recycled metals will also be incorporated in the brand's accessories and jewelry, according to a statement from the label.

Gucci's focus on going carbon neutral fulfills on their promise when its parent company Kering (which also owns Saint Laurent) signed the G7 Fashion Pact earlier this year, a plan to reduce carbon footprints that has also been signed by 32 other international brands, including fast-fashion giants like H&M and Zara. The plan, made ahead of the G7 Fashion Summit, is the first of its kind, a broad-based initiative aimed at private sector companies to reduce global warming, replenish the earth's biodiversity, and prevent the world's oceans from becoming plastic landfills.

The first completely carbon neutral show was put on by Gabriela Hearst, a women's ready-to-wear designer. However, Copenhagen-based label Ganni has been leading the charge for carbon neutrality for years.

Of course, this announcement is part of a still greater call to implement sustainable practices across major corporate industries. Why this is important: at its current growth rate, textile and apparel production emissions will rise more than 60% by 2030, according to UN Climate Change. That said, there is a long way to go. When considering matters of human survival within economic systems, it isn't feasible to expect all companies to reduce carbon emissions to zero, a point Bizzarri acknowledged to Times.

"The only way we can have zero emissions is to shut our business," he said. "At the end of the day our company makes things, and we employ thousands of people with families and communities to do that. We need to think up the best ways of supporting our employees to do their jobs in the most sustainable way possible."