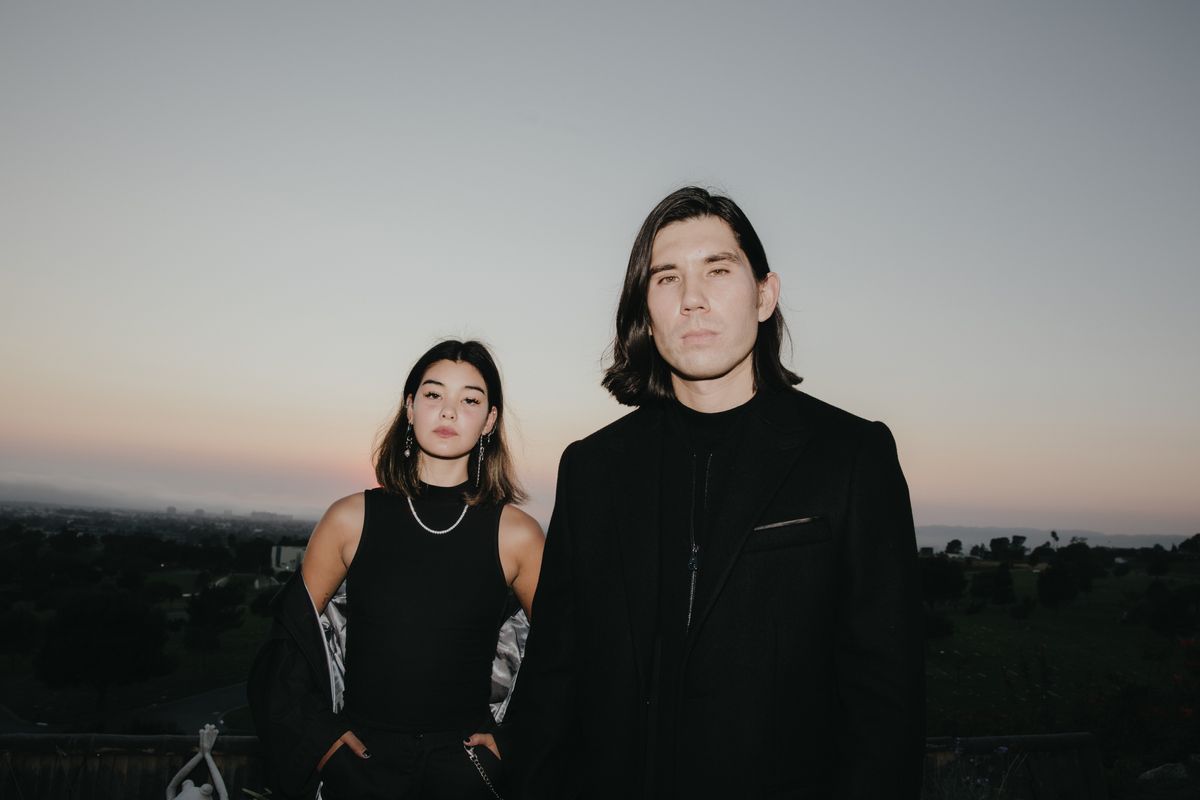 Gryffin and Audrey Mika Made Your New 2020 Anthem

Producer Gryffin has teamed up with bedroom-pop musician Audrey Mika to create "Safe With Me," featuring themes of stability and love that are wildly appealing in the 2020 chaos.

Known for his kinetic fusion of dance-pop and future bass, Gryffin has hit No. 1 on the Billboard Dance/Electronic Albums chart and recently earned RIAA gold certification for his track, "All You Need To Know." On "Safe With Me," he's met with the sweet and alluring vocals of Mika, who has built an audience from filming cover songs on her YouTube channel and releasing singles like "Y U Gotta B Like That."

Related | Here's What Audrey Mika's Up to in Quarantine

Gryffin and Mika complement each other, with his bright, beautiful pop sound and her tender expression of longing. Though "Safe With You" wasn't created specifically in response to the overwhelming stress and uncertainty people are feeling, Gryffin and Mika were pleased at how perfectly it aligned with the times. "It just so happened that it fit so well with the vibe of the world," Gryffin says.

PAPER caught up with Gryffin and Audrey Mika to talk "Safe With You," collaborating and what's next.

What made you two decide to collaborate?

Audrey: I heard the demo and was honestly hesitant to get on it since it was such a different genre for me. But I wanted to be open-minded and I knew the song would be fire because it was Gryffin, so we got in the studio and recorded vocals. It turned out so great and I'm so happy I pushed myself to do something I don't normally do.

Gryffin: As the song was being worked on, I got put onto Audrey's music from one of my managers, and was immediately drawn to her voice and sound. We pitched the idea of the record to her and she connected with it right away. We got into the studio in LA, and began to fully develop the sound and vibe of the record. We're so happy with how it turned out.

You were able to pull this off during a pandemic. What was the production process like?

Audrey: I am so grateful that I got to be part of this record. I loved the lyrics from day one,and really connected with them. I think that translated in the way I performed the record, as well. I wanted it to feel authentic to Gryffin and I.

Gryffin: The lyrics were written first, over a more laid back-type beat. Then we flipped all the vocals off the track and re-produced the song from the ground up to give it a more upbeat, uplifting vibe. Audrey's vocals brought so much dynamic to the track and we felt like we wanted to give the song this emotional strength.

"This song was very adventurous for me, but I was happy to dive into something I'd never done before." —Audrey Mika

How does this song compare to both of your solo ventures?

Audrey: This song was very adventurous for me, but I was happy to dive into something I'd never done before. Gryffin was the best throughout the whole process and really made it feel authentic to him and I.

Gryffin: For me, the song definitely sits in a familiar pocket of fun and upbeat, but I think Audrey's vocals and the songwriting itself bring a new type of energy that I haven't had before. Audrey's sound injected a totally new feeling of emotional depth and modernness to my music, and I'm thrilled with how this turned out.

This feels like just the upbeat, exciting song we need with seasonal depression, pandemic stress and the post-election burnout. Did you have that in mind when creating "Safe With Me"?

Audrey: I think there's vulnerability in this song. While recording the vocals, I actually felt what it feels like to feel safe with someone, to trust someone. I think it brought a lot of emotion to the record.

Gryffin: "Safe With Me" is generally a great concept even without everything happening right now. But it just so happened that it fit so well with the vibe of the world, basically. I think that this year has really taught us to never take family and friends for granted. This song just fit so perfectly with how everyone has been feeling.

"This year has really taught us to never take family and friends for granted." —Gryffin

Do you think there's something especially appealing in this chaotic climate about feeling safe with someone?

Gryffin: I think everyone has been feeling extra lonely and maybe even scared. But just knowing that you have family and friends around you, I really think this song is a great reminder of that feeling. Checking in on your family and being able to spend quality time with them is so important during this time.

What's next for you both?

Audrey: After this record, I plan to release a few singles along with some crazy visuals. I am also working on my debut album at the moment, so I am really excited about that. I truly cannot wait to get back on the road, travel the world and see everyone again when it is safe to do so.

Gryffin: I've been hard at work on my second album. Been trying to make the most of my time off the road to work on all these new records and plan/build a brand new live show experience. I cannot wait to share all the new things we've been working on.

Stream "Safe With Me" by Gryffin and Audrey Mika, below.